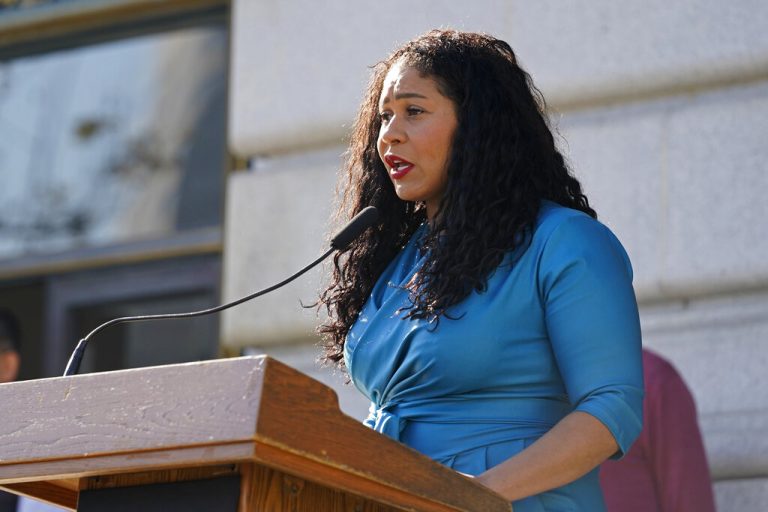 The Board of Supervisors in San Francisco were meeting Thursday to consider an emergency order requested by the mayor to tackle the opioid epidemic in the city’s troubled Tenderloin neighborhood, with some members clearly dismayed that the declaration could be used to criminalize people who are homeless, addicted to drugs or both.

The public health emergency declaration allows the Department of Emergency Management to re-allocate city staff and bypass contracting and permitting regulations to set up a new temporary center where people can access expanded drug treatment and counseling.

But advocates for the homeless and substance users are urging a no vote because Mayor London Breed has also pledged to flood the district with police officers to halt crime. Public health officials encourage treatment for drug addicts, not punishment, but Breed has said that people consuming drugs in public may wind up in jail unless they accept services.

Supervisors said they welcomed the idea of treating a drug epidemic fueled by cheap synthetic fentanyl as the crisis it is. More people in San Francisco died of overdose last year than of COVID-19.

“I believe that we should all be marshaling every resource we have in this city to address that crisis,” said Supervisor Hillary Ronen. “But because of the way that this has been described in the media, I don’t have faith that we’re talking about the same thing.”

The Tenderloin includes museums, the main public library and government offices, including City Hall. But it’s also teeming with people who are homeless or marginally housed, a high concentration of drug dealers and people consuming drugs in broad view.

Breed said last week that it was time to be “less tolerant of all the bull—- that has destroyed our city.” She said it’s not fair that residents can’t use their parks or leave home.

“When someone is openly using drugs on the street, we’re going to give them the option of going to the services and treatment we’re providing. But if they refuse, we’re not going to allow them to continue using on the street,” she said on social media this week. “The families in the neighborhood deserve better.”

Breed has committed to opening a supervised drug consumption site as well as a drug sobering center, and said the Department of Emergency Management will lead the response much like it coordinated efforts to address the pandemic. The department will, in part, streamline emergency medical calls, disrupt drug dealing and use, and make sure streets stay clean.

Deaths attributable to overdoses have increased more than 200% in San Francisco since 2018, and last year, more than 700 people died from drug overdoses in the city, more than the number who died from COVID-19, according to the proclamation.

Nearly 600 people have died of a drug overdose this year, through November, with nearly half of the deaths occurring in the Tenderloin and in the neighboring South of Market district, says the proclamation. These areas make up 7% of San Francisco’s population.

Politically liberal cities across the U.S. are grappling with crime in the wake of the 2020 murder of George Floyd, when their elected leaders pledged ways to reduce friction between police and vulnerable communities of color, particularly African Americans such as Floyd.

They want her to use the money on adding more treatment beds, shelters, job training and other social services.

“What we currently see in the Tenderloin didn’t happen overnight and stems from years of massive disinvestment and displacement,” said Jeannette Zanipatin, California director at the Drug Policy Alliance.

If approved, the emergency order would last 90 days unless Breed seeks renewal.

PrevPreviousPutin to the West: ‘It is not us who threaten anyone’
NextKim Potter guilty of manslaughter in Daunte Wright’s deathNext