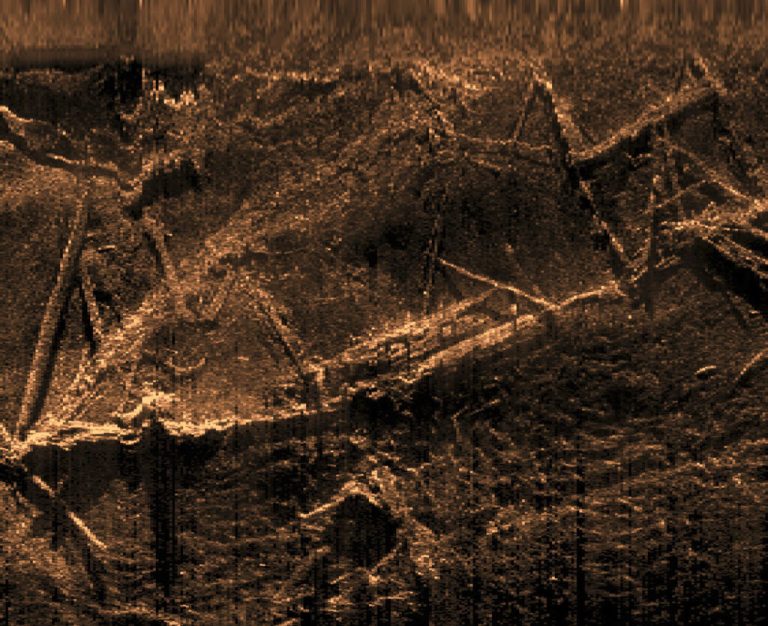 Researchers studying the wreckage of the last U.S. slave ship, buried in mud on the Alabama coast since it was scuttled in 1860, have made the surprising discovery that most of the wooden schooner remains intact, including the pen that was used to imprison African captives during the brutal journey across the Atlantic Ocean.

While the upper portion of the two-masted Clotilda is gone, the section below deck where the captured Africans and stockpiles were held is still largely in one piece after being buried for decades in a section of river that hasn’t been dredged, said maritime archaeologist James Delgado of the Florida-based SEARCH Inc.

At least two-thirds of the ship remains, and the existence of the unlit and unventilated slave pen, built during the voyage by the addition of a bulkhead where people were held as cargo below the main deck for weeks, raises questions about whether food and water containers, chains and even human DNA could remain in the hull, said Delgado.

“It’s a stunning revelation,” he said in an interview.

The discovery enhances the research value of the Clotilda’s remains and sets them apart from all other wrecks, Delgado said. The finding was confirmed in a report that was provided to The Associated Press and led to the site becoming part of the National Register of Historic Places in November.

“It’s the most intact (slave ship) wreck ever discovered,” he said. “It’s because it’s sitting in the Mobile-Tensaw Delta with fresh water and in mud that protected it that it’s still there.”

For Joycelyn Davis, a sixth-generation granddaughter of African captive Charlie Lewis and vice president of the Clotilda Descendants Association, the story of what happened more than 160 years ago is best told through the people who were involved, not a sunken ship. But she said she’s excited to learn more about what has been discovered, adding: “I think it’s going to be a surprise for us all.”

The Clotilda was the last ship known to transport African captives to the American South for enslavement. Nearly 90 feet (27 meters) in length, it departed Mobile, Alabama, for an illegal trip to purchase people decades after Congress outlawed such trade in 1808.

The ship had been sent across the ocean on a voyage financed by a wealthy businessman whose descendants remain prominent in Mobile. The Clotilda’s captain transferred its human cargo off the ship once it arrived in Alabama and set fire to the vessel to hide evidence of the journey. But most of the ship didn’t catch fire and remained in the river.

Shown on navigational charts since the 1950s, the wreckage was publicly identified as that of Clotilda in 2019 and has been explored and researched since then, Delgado said.

The state has set aside $1 million for preservation and research, and additional work planned at the site in early 2022 could show what’s inside the hull, Delgado said. But far more work is needed to determine whether the ship could ever be pulled out of the mud and put on display, as some have suggested.

“Generally, raising is a very expensive proposition. My sense is that while it has survived, it is more fragile than people think,” said Delgado. “A recovery could be a very delicate operation and also a very expensive and lengthy process.”

Freed after the South lost the Civil War, some of the enslaved Africans who were transported to America on the Clotilda settled in a community they started called Africatown USA a few miles north of downtown Mobile.

A documentary about the now-impoverished community by Alabama-born filmmaker Margaret Brown titled “Descendant” will premiere at the Sundance Film Festival in January, and descendants of the Clotilda captives are planning an annual gathering in February. Work is underway on a new museum that’s meant to be a catalyst for tourism and new development in the area.

Reeves is a member of AP’s Race and Ethnicity Team.

1 thought on “Research: Wreck of last US slave ship mostly intact on coast”