What Is the Bye Week in the NFL? 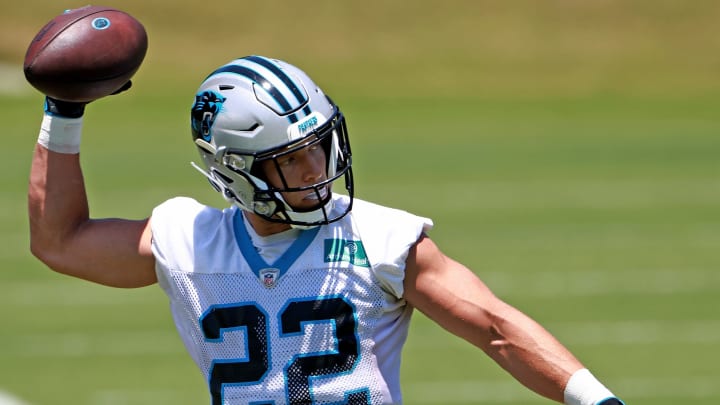 In most sports, the fixtures are released, and every team plays games on or around the same time; at least that’s how things start out until cup runs and postponements come into play.

The NFL isn’t like that though as they use ‘bye weeks’. So, what is the bye week in the NFL? Here we answer that question and assess whether or not it’s a good thing.

So, what is the NFL bye week?

In really simplistic terms, the NFL bye week is a week where a team is awarded a week off i.e. they do not have any fixture to fulfil in that game week. How does it actually work though?

Well, every single team in the NFL are given one bye week with this being decided when their schedules are put together for the upcoming regular season. Each squad is randomly given their bye week, which means one team may have theirs on game week four and another could have it during game week 13. The idea of these weeks are usually to give teams a bit of a break in the middle of what usually is a harrowing season.

But why use bye weeks?

Basically, it is seen that the players need time to recover and let their bodies rest before jumping back out on the field. It also allows coaches some extra time to work on plays and general game plans; this might allow proper time on the field to work on a whole strategy or it might be focused on their next game with a specific tactic to win that one game.

So, are they good or bad?

Regardless of why they’re there the impact that have on teams differs wildly. Bye weeks affect every team differently and it is basically impossible to say whether they are a positive or negative thing. It can depend on when the team’s bye week falls, who they’re facing next and, perhaps more importantly than all of that, on the momentum a team has prior to such a break.

For example, we’ve all seen it before where teams enter into their bye week undefeated. They are flying through games and dominating at every turn. Then they hit their bye week, get some extra time to rest and recover for a new game and suddenly return to the field a week after only to look lethargic and ‘off it’.

Meanwhile, other teams head into the bye week in the same situation and are able to pick up right where they left off.

The same goes for the other way around. If a team is 0-5 and has a game week six bye, they could get their minds off of their losing streak and refocus. If you are confused check out the bye week schedule here: edge.twinspires.com/nfl/-nfl-bye-week-tracker/

In this situation coaches will be able to develop a strong game plan against their upcoming opponent and hold that as an edge over the competition if they still have a game to play that particular week.

In most cases, we see teams utilize this bye week as a way to get healthier.

Often times a star player can get a little banged up and coaches will opt to keep them out one extra week so that the bye week can couple up on that rest and give them double the time – that’s what the Cardinals have done with Kyler Murray this season.

Is it just in the regular season?

Bye weeks are not just for the regular season, no. You may have spotted that the playoffs give a bye week to the best seeds in each conference.

The same positives and negatives apply to this situation as well. The reasoning for this is very similar and, again, it’s not concrete whether they’re actually a good thing or not.

PrevPreviousOpinion: Besieged by the Most Left-Wing Democratic Party in History, Americans Must Fight Back
NextPrescott’s Christmas Parade and Courthouse LightingNext