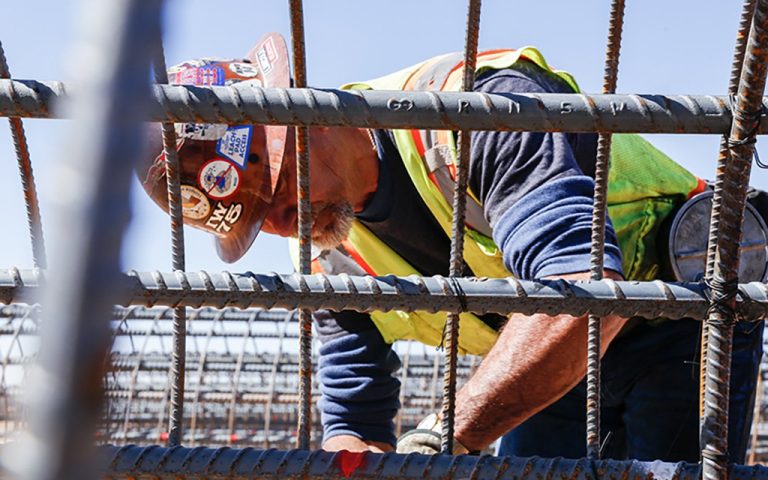 Arizona’s unemployment rate continued its steady decline in October, falling to 5.2%, down a full percentage point from just two months earlier and almost one-third of the state’s pandemic high, according to the latest Bureau of Labor Statistics data.

It was the fourth straight month of a falling jobless rate for the state, even as the overall workforce has continued growing. The 3.65 million people in the Arizona workforce in October was the most in the state since 1976, the first year for which BLS numbers are available.

Job gains were spread across almost all categories, with the biggest increase in the leisure and hospitality industry that was battered last year by pandemic shutdowns and travel bans. Jobs in that sector grew 17.6% from a year earlier, according to the BLS.

“It represents how much the economy has started to rebound from the pandemic lows,” said Andrew Sugrue, the assistant director of policy and advocacy at the Arizona Center for Economic Progress. “And it represents that people are ready to be rehired and ready to be employed in the aftermath of the pandemic.”

The preliminary October jobless rate was still higher than the state’s pre-pandemic unemployment levels, which ranged from a low of 4.7% in December 2019 to 5.0% in March 2020, when COVID-19 first hit.

And it was higher than the national rate of 4.6% for the month, a rate touted Wednesday by President Joe Biden as more evidence of “historic progress” on the economy under his watch.

“Unemployment is down to 4.6%, two years faster than everyone expected,” Biden said. “When we started at this job, it was over 14%.

“Last year, there were 21 million unemployment insurance claims before the Thanksgiving holiday. Today, there were 2.4 million,” he said. “This is a historic jobs recovery: 5.6 million jobs created since I took office.”

The drop in unemployment claims was mirrored in Arizona, where the Department of Economic Security said there were 19,067 total jobless claims last week, compared to 404,748 in the week before Thanksgiving last year.

Improvements in the job market have helped drive increases in wages and disposable income, according to the White House. But those gains have been tempered by a surge in inflation.

BLS said the consumer price index rose 6.2% between October 2020 and 2021. The rate in the Phoenix metro region was 7.1%, driven by higher food prices and a staggering 23.3% rise in energy costs, including a 46.8% rise in the price of gasoline.

Biden conceded this week that inflation is driving price increases that “hurt American pocketbooks and undermine gains in wages and disposable income.” On Tuesday, he announced a plan to release 50 million barrels of oil from the Strategic Petroleum Reserve, in conjunction with similar moves by other countries, in an effort to drive down spiraling energy costs.

And while there have been employment gains in most industries, the increases have not come across the board.

In addition to the return of leisure and hospitality jobs, professional and business service jobs in Arizona grew by 6.4% and the trade, transportation and utilities sector rose 5.5%, according to BLS data. But the data also showed that construction jobs grew a scant 1.3% while the number of government jobs was unchanged and the number of information jobs actually declined by 0.9%.

The increases in hospitality industry jobs can be explained at least in part by the availability of COVID-19 vaccines, which have led to relaxation of business and travel restrictions.

Sugrue said he thinks one reason people are returning to work has to do with their “comfort with being able to return to the workforce and the wide availability of the vaccines.”

“As long as the virus continues to be controlled, and case numbers continue to fall, I think you’ll see better employment numbers,” he said.