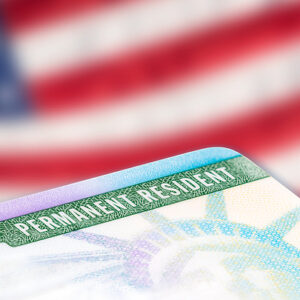 Confronted with the worst border crisis in our nation’s history, the Biden administration and its congressional allies are trying to ram through immigration changes in the so-called “Build Back Better” reconciliation bill. It will permanently flood the labor market with cheaper foreign workers that will cripple the wages and job opportunities of Americans.

The bill accomplishes this immigration overhaul through a mass “amnesty-lite” of millions of illegal aliens as well as significant increases to permanent legal immigration for at least 10 years. Combined, Americans up and down the economic ladder will be disadvantaged as the surplus labor force pushes down wages across the board and the most vulnerable American workers will eventually end up on the sidelines because there are not enough jobs to go around.

Last week, the U.S. House of Representatives passed its version of “Build Back Better” that includes a 10-year “amnesty-lite” in the form of work permits, Social Security numbers, eligibility for welfare benefits, and the ability to get a driver’s license to 4-5 million illegal aliens. That reflects the “modest” counterproposal after the Senate parliamentarian already nixed amnesty-premium, meaning lawful permanent resident status (green card) and a path to eventual U.S. citizenship covering 8 million illegal aliens.

The Washington Post calls it “the largest mass-legalization program for undocumented immigrants in U.S. history.”

The illegal alien population tends to be lower skilled and lower educated which means, once amnestied, they will directly compete for jobs at the lower end of the economic spectrum. This harms Americans who tend to be marginalized workers, minorities, and those with lower skills and education. Those Americans tend to be the last into the workforce during economic booms and the first to be let go during economic downturns.

College-educated Americans, including those with advanced degrees, will suffer a similar plight. The legal immigration bonanza is less obvious than amnesty because the provisions are hidden behind opaque legislative language that makes it appear those provisions are just minimal tweaks around the margins.

One such example is the deceptively termed “unused visa recapture,” which circumvents the annual numerical limit of green cards without appearing to do so. In fact, it is an immigration accounting scam that disregards the current green card formula. It could immediately add up to 800,000 additional green cards on top of the 1.1 million aliens who obtain lawful permanent resident status each year.

Incredibly, that total looks modest compared to a separate provision that effectively allows an unlimited number of aliens already in the country to adjust their status to lawful permanent residents, fully exempt from the annual limits and per-country caps set by Congress. In exchange for a mere $5,000 fee paid by the sponsoring employer, an alien with at least a two-year wait for his or her green card to be available can jump the line.

The clear winner here is Big Tech and other corporations that routinely discriminate against American workers by exploiting several loopholes in the H-1B program. Less obvious is this same provision would allow employers to directly petition for employment-based green cards for an unlimited number of foreign students.

The prospect of an expedited green card and path to U.S. citizenship is the most lucrative fringe benefit an employer can dangle in front of a foreign worker. That inherently stacks the deck against Americans as foreign workers will rationally choose lower wages and working conditions in exchange for a permanent life in the United States. It is a win for the alien, a win for employers seeking a permanent supply of cheap foreign labor, and the clear losers are American workers who face the prospect of no longer being able to find jobs that cover mortgages, student loan debt, or otherwise support their families. 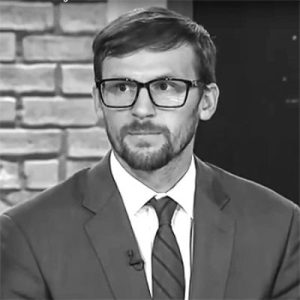 Robert Law is Director of Regulatory Affairs and Policy at the Center for Immigration Studies. He wrote this for InsideSources.com.
All Posts »

PrevPreviousDid Travis McMichael Crack on Cross Examination?
NextHow a Social Security Benefit Is Figured — For Beginners and for ExpertsNext