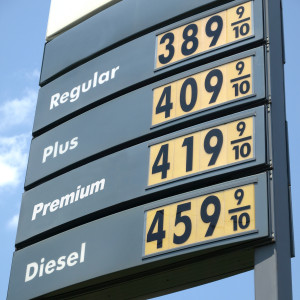 President Joe Biden on Wednesday asked the Federal Trade Commission (FTC) to investigate “what is happening with oil and gas markets” and “bring all of the Commission’s tools to bear if you uncover any wrongdoing.”

In a letter to FTC Chairman Lina Khan, Biden wrote he wanted to “call your attention to mounting evidence of anti-consumer behavior by oil and gas companies. The bottom line is this: gasoline prices at the pump remain high, even though oil and gas companies’ costs are declining.”

The only evidence Biden cited was the existence of what he called an “unexplained large gap” between the price of “unfinished gasoline” and prices at the pump.

Specifically, Biden stated that “in the last month, the price of unfinished gasoline is down more than 5 percent while gas prices at the pump are up 3 percent in that same period,” offering this as evidence of “potentially illegal conduct.”

But the Federal Trade Commission has previously explained exactly this type of lag as a normal market function. A 2011 report by the FTC’s Bureau of Economics discussed the phenomenon and offered a simple answer.

The report stated there was no single answer for the lag, but the “explanation currently with the most support is that consumers search for lower-cost gasoline more intensely when prices are rising than when they are falling. As a result, gas station owners do not face as much competitive pressure as prices fall and are less compelled to reduce price.”

The FTC issued a larger report in 2005 in response to similar allegations of market manipulation.

“Some observers suggest that oil company collusion, anticompetitive mergers, or other anticompetitive conduct – not market forces – may be the primary cause of higher gasoline prices,” the report stated.

But after examining decades’ worth of allegations, the report concluded that the “vast majority of the FTC’s investigations have revealed market factors to be the primary drivers of both price increases and price spikes.”

Such findings have not stopped politicians over the years from alleging illegal behavior on the part of oil and gas companies or commodities traders to distract voters from their energy policies.

President Barack Obama responded to rising oil prices in 2012 by announcing a plan to limit Wall Street speculation in oil.

In 2014, Sen. Bernie Sanders introduced a bill, co-sponsored with more than a dozen other senators, to require the Commodity Futures Trading Commission to clamp down on oil speculators, whom the senators blamed for rising gasoline prices.

Three years earlier, the Federal Reserve Bank of Dallas had already concluded that regular market fluctuations, not excessive speculation, was the cause of gas price increases.

And when gas prices spiked in the lead-up to the 2000 election, President Bill Clinton declared there was “no economic explanation” for the increase and he promised “an aggressive inquiry into the oil industry’s pricing practices,” The Washington Post reported. Democratic Rep. Ed Markey of Massachusetts (now Sen. Markey) blamed an “unholy alliance of the big oil companies and Newt Gingrich and Bob Dole.”

An M.I.T. study that examined oil prices between 2004 and 2011, published in the American Economic Journal in 2017, found “speculative activity did not lead to large or sustained changes in price.”

Whenever gas prices post significant increases, allegations of illegal and anti-competitive behavior follow, often made by politicians who are in office at the time that prices increase.

Academic and government research finding that oil and gas price fluctuations are overwhelmingly caused by normal market forces have done little, if anything, to put an end to these claims.

Andrew Cline is president of the Josiah Bartlett Center for Public Policy, a free-market think tank in New Hampshire. He was editorial page editor of the New Hampshire Union Leader for 14 years. He wrote this for InsideSources.
All Posts »