Opinion: As Congress Addresses January 6, It Should Look West 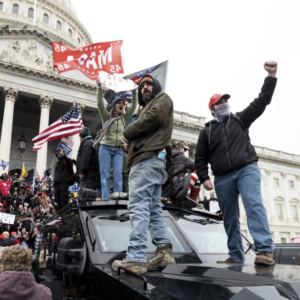 As the work of the January 6 Committee is framed more and more consistently as a purely political issue, it’s easy to be cynical about how relentlessly partisanship has blocked accountability for the events of that profoundly dangerous day for American democracy.

Ten months have come and gone since the violence at our nation’s Capitol on January 6. Our national leaders have still not fully reckoned with the violence of that day, intimidation meant to block the peaceful transfer of power and undermine democratic governance. But a responsible, effective response to political violence is possible. Anyone who has lost faith in America’s ability to bind up the wounds of conflict should look west to Oregon for a model that national leaders should emulate.

Many outside of Oregon may not realize that a frightening foreshadowing of January 6 took place just two weeks earlier, three thousand miles to the west. On December 21, state legislators met at Oregon’s capitol to pass critical emergency legislation. Even though the building was closed to the public under COVID-19 safety protocols, a member of the legislature, state Rep. Mike Nearman, opened a locked door to allow people to evade security and enter the building. Wielding weapons, a mob quickly pushed its way past security personnel, stormed the building, attacked law enforcement officers multiple times, and threatened the safety of lawmakers and capitol staff at work.

In the months since, Nearman was criminally charged, pleaded guilty to first-degree official misconduct, and is now banned from capitol grounds. While some of those who attacked the U.S. Capitol have faced criminal charges, Oregon provides an alternative to the national trend because political leaders from both parties showed real leadership by condemning political violence and holding Nearman accountable through real consequences.

The Oregon legislature conducted a formal investigation into Nearman’s actions. Both parties spoke about the importance of the investigation and did not attempt to undermine or impugn it. As evidence surfaced that Nearman had deliberately planned his dangerous actions, members of his party began to call for his resignation, culminating in every member of the House Republican delegation publicly asking him to step down. When Nearman wouldn’t resign, every Democrat and Republican in the House other than Nearman himself voted to expel him from the legislature.

Imagine the message it would have sent if our leaders in Washington, D.C. had shown the same leadership? What excuse do they have for failing to show the integrity that Oregon legislators displayed when they united in a shared respect for our most essential democratic norms?

The strongest force that can erect a moral barrier against the growth of political violence and attacks on our democracy is unified action across civil society: Elected officials, community groups, grassroots, faith, and business leaders.

Left unchecked, political violence is a critical threat to our democracy, undermining and corroding the building blocks of our civic life. But when civil society unites in a commitment to our democratic institutions, it closes the space for these types of attacks. Anti-democratic movements and their leaders don’t attempt to intimidate and attack people for no reason; they do it to build their power. We show them there is no foothold for them in our political discourse when we build a broad, diverse coalition to condemn them and their tactics, quickly and emphatically.

In Oregon, not only did elected officials and community organizations join together with faith leaders to call for Nearman’s expulsion, so too did business leaders, who have established a culture of speaking out against political violence and organized bigotry. In the weeks after the bipartisan expulsion, some of the most prominent business leaders in the state made a statement condemning political violence and supporting respect for our basic democratic norms.

There’s no reason to expect that kind of responsible leadership to be unique to Oregon. Commitment to the principles of inclusive democracy should be the norm all across our country.

We’ve observed a growing cynicism that responsible, bipartisan commitment to our most cherished values–democracy, civility, respect for the rule of law–is no longer possible in this country. But that’s not true, as legislators in Oregon have made clear. Now it’s up to our national leaders to follow their example. 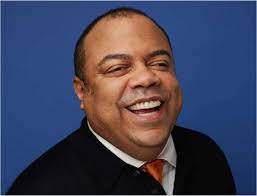 Eric K. Ward is executive director of the Western States Center. He wrote this for InsideSources.com.
All Posts »

1 thought on “Opinion: As Congress Addresses January 6, It Should Look West”