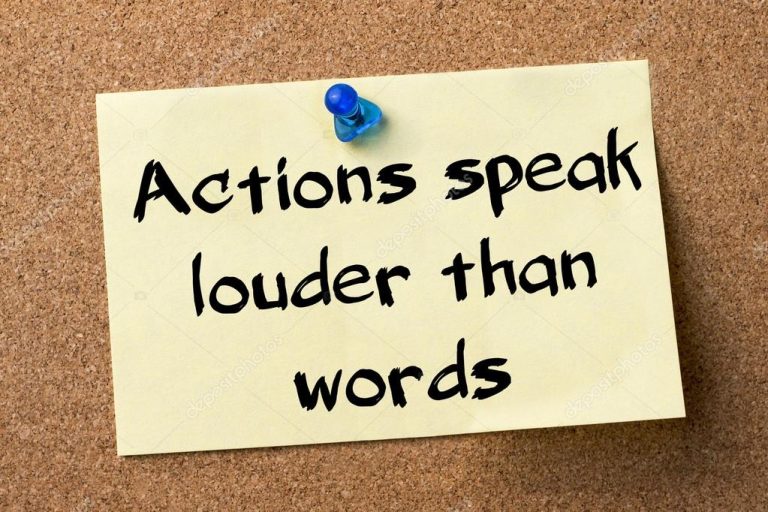 “There is but one straight course, and that is to seek truth and pursue it steadily.” —George Washington

Some people have told me that they didn’t vote in the last election. They didn’t want to vote for Biden, but they couldn’t vote for President Trump. They thought he was a narcissist who liked to hear himself talk and didn’t know when to shut up and/or stop tweeting. Others have told me that they reluctantly voted for Trump and their reluctance was for the same reasons as the first group.

One who votes for politicians based on what they say, without investigating further into that politician’s history and achievements, is deluding him or her self. Look, research and scrutinize what a politician has done and then make your judgment. If those persons who didn’t vote because they didn’t like Biden, but couldn’t vote for Trump because of his verbal and twitter statements, had done their due diligence and voted, Trump would have won. We wouldn’t be on the threshold of losing our Republic and falling into a despotic, socialist oligarchy.

A brief examination of what each of the 2020 candidates had done in their past political careers is illustrative of what should be done with every candidate in every election. Since Joe Biden started his career as a US Senator in 1973, there is a lot of history to look up.

According to Study.com, Biden really didn’t do much as a Senator. As a harbinger of his future radical position, in 1983, Biden sponsored one of the first climate change bills in the senate. As the presiding Chairman of the Senate Judiciary Committee, he was noted for his harsh questioning of Robert Bork during his confirmation hearing. Bork’s nomination was denied thanks in no small part to Biden’s opposition to Bork’s position on strictly interpreting the Constitution. Clarence Thomas was later confirmed as a Supreme Court Justice despite Biden’s objections and vote. In 1994, Biden cosponsored the Violence Against Women Act and also wrote and sponsored a major federal crime bill, which was later vilified for causing a major increase in the incarceration of male blacks. In 2002, he voted in favor of the Iraq war. In 2008, Biden was selected as Barack Obama’s running mate and was elected Vice President.

On the down side, Biden has a history of exaggerating, lying and plagiarism. He has twice been caught giving speeches that were almost word for word from other politicians. He has stated numerous times that he graduated at the top of his law school class, when he really was in the bottom 10%. Since he was VP, his son, Hunter, has been greatly enriched by “Chinese businesses”, Russian politicians and Ukrainian oligarchs. Hunter’s laptop emails point to the fact that Joe Biden knew what was going on and profited from it.

Donald Trump, on the other hand, only has four years in a political office. There are those who question his honesty and integrity as a businessman, but he was never tried or convicted of any crime. Despite those who complain about his combative personality and endless tweets, his accomplishments are undeniable. The economy grew, unemployment fell for all groups, ISIS was defeated, the Taliban and Afghanistan were controlled and not a threat, member countries in NATO started paying their assessed dues, we became energy independent and middle class income was growing. Those who focused on Trump’s abrasive comments and tweets didn’t recognize these and other major achievements.

Joe Biden said he was going to bring us all together. He was going to raise our international status that, in his opinion, Trump had ruined. He said that he didn’t see China as a major danger. Biden stated that climate change was an “existential threat.” In the short time he has been president, things aren’t going so well. Biden’s humongous spending and money printing policies have tanked the economy. Inflation is taxing the buying power of Americans.

We are no longer energy independent. Gas and heating fuels prices have skyrocketed. The supply chain is broken and we can’t get appliances, cars, parts and building supplies in a timely fashion. Employees and workers are in short supply because Biden’s plans make it easier financially, for workers to stay at home and collect unemployment, than to go back to work. Biden’s weakness in foreign affairs is encouraging our enemies. And if Biden’s mandates on vaccinations are put into effect, there will be fewer police, firefighters, doctors, nurses and others working because of them.

The lesson here is that talk is cheap, and that competency and accomplishments speak for themselves. Deeds show a whole lot more than words.

1 thought on “Opinion: Care What They Do, Not What They Say”