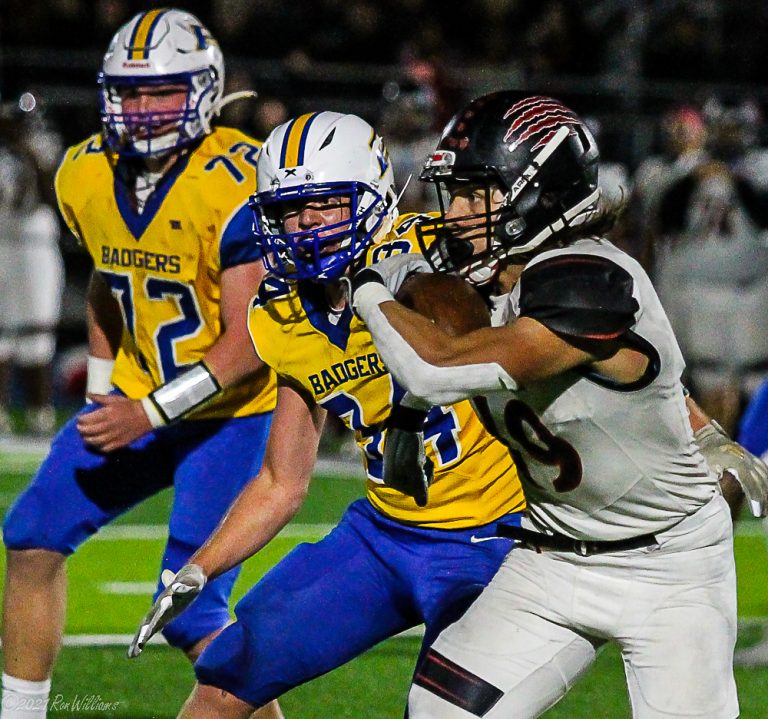 The game had all the hype you needed, but when it came to the action on the field, the Bradshaw Mountain Bears proved they are a lot better team now than they were a month ago, with a 24-6 beat down of the Prescott Badgers at Bill Shepard Field last night.

The Badgers led the series 22-6 coming in, and had not lost to the Bears since 2016, and not at home since 2009. Last year the Badgers won 32-10 in Prescott Valley, but those are just numbers that at the end of the day, really don’t mean a thing. The result on the field is what counts now, and Bradshaw Mountain certainly made the most of it.

The Bears struck first with quarterback Grady Rose threw across the field to Tanner Mitchell, who was covered well by Jack Mason, but still managed to pull the ball in for a 38 yard touchdown, with 6:56 left in the opening quarter.

Bradshaw Mountain’s defense, which had given up just three points in the last three games, was stifling most of the night, was credited for a safety on the Badgers, as punter Alex Vaughan was tackled in the end zone after a high snap went over his head. The Bears now led 9-0, with 4:11 in the first quarter, in front of a shocked home crowd.

Rose, after rolling out of the pocket to buy some time, found Mitchell again, this time for a 13 yard TD pass. The Bears defense continued to hold down the potent Badger running game, shutting Prescott out in the first half. It was a half that was played mostly on the Badgers end of the field. 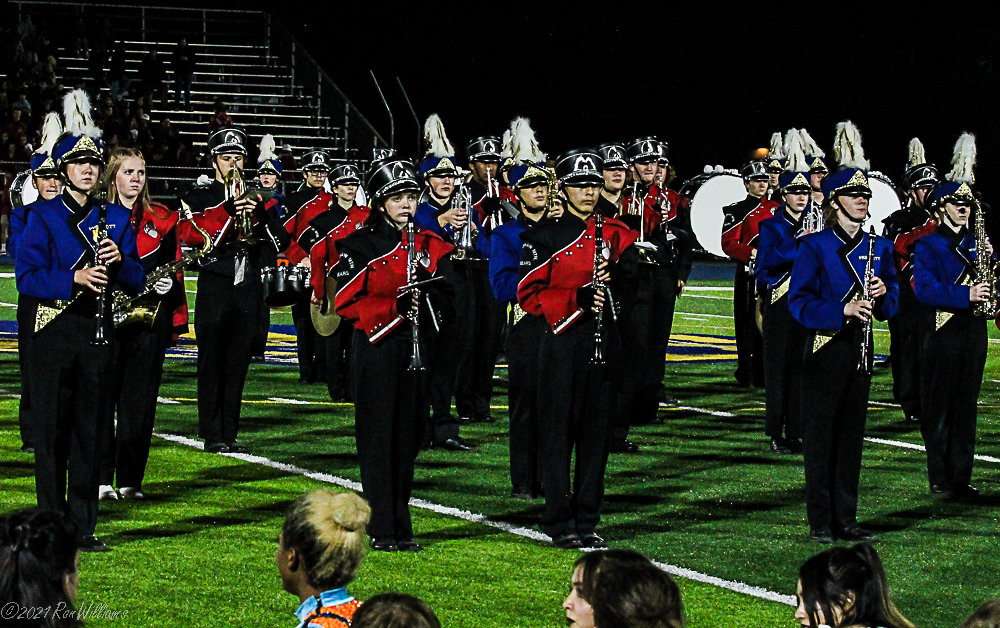 The crowd was able to enjoy a halftime performance that featured both The Pride of Prescott Marching Band, and the Bradshaw Mountain Bears Marching Band, in a joint effort. 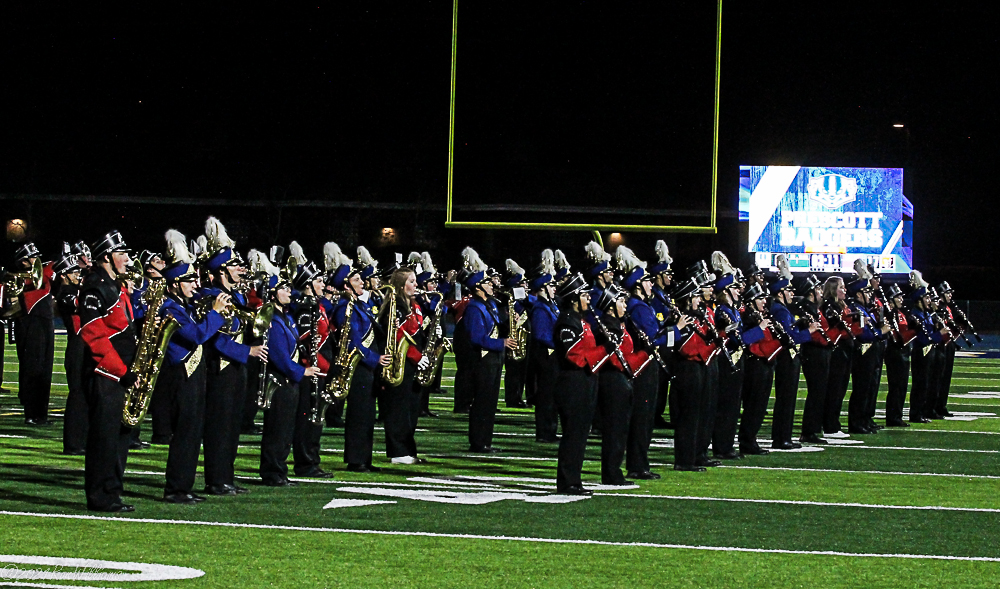 After a scoreless third quarter, Prescott finally broke through when they got a big pass play to start the fourth.  Quarterback Alex Vaughan hit Jake Hilton on a 43 yard pass play down to the Bears 11. Vaughan recovered a Cody Leopold fumble on the next play at the Bears three, then absorbed a big hit on play that went for no gain. Vaughan came out of the game and Leopold then took the direct snap for the three yard rushing TD. The kick just missed to the right, leaving the deficit at 17-6, with 10:41 left to play.

The icing on the cake came when Bears quarterback Grady Rose, pretty much fooled the entire Badger defense running a bootleg down the near sideline, for a 50 yard touchdown. Rose, who rushed for one TD and passed for two said, “I was able to get outside, and a good blocked left an opening for me to take it all the way. Our defense played great again. This was a big win for us.”

Alex Vaughan, who had taken a brutal hit, did not return and Jaxon Rice finished up as QB for the Badgers, who never threatened to score again. As the clock ran out, the Bears and their fans celebrated.

The win was truly big for the Bears, who came in ranked #17 in the latest AIA Division 4 power rankings, and are now Grand Canyon Region champs. The win also gives them an automatic berth into the playoffs, which begins in two weeks. The Badgers were left with a lot of what ifs, and will certainly drop in the polls. Prescott also likely lost a chance to host a playoff game, something that has eluded them for over a decade.

PrevPreviousOpinion: Care What They Do, Not What They Say
NextArizona Today: Interview with Doug Logan, CEO of Cyber Ninjas, Part 4Next