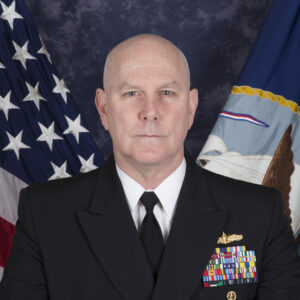 If we wondered how seriously President Joe Biden takes national defense, we need only look at the nomination of a candidate to become the next vice-chairman of the joint chiefs of staff within weeks of seeing the current occupant go into retirement.

While it may seem that this is a belt-way issue, the vice-chairman is the second highest-ranked officer in the U.S. military.

Members of the joint chiefs of staff, including the chairman, vice-chairman, service chiefs, and the chief of the National Guard are key military advisors to the secretary of defense and the president.

The chairman serves as the principal advisor and the vice-chairman acts as the chairman if a vacancy occurs. Both are active members of the joint chiefs of staff, their level of experience and expertise is difficult to replace.

Needless to say, the vice-chairman of the joint chiefs of staff is an important person.

The current vice-chairman, Air Force Gen. John E. Hyten, was sworn in on Nov. 21, 2019. When he was selected, the position was for a two-year term. Due to a change in the FY 2017 National Defense Authorization Act, starting this year, the term length becomes four years, but Hyten, selected before the law went into effect, would have required a re-nomination for another two years.

A second nomination was never contemplated. There was an acknowledgment long ago that he would leave office this year. No one can claim to be surprised that Hyten is retiring and at what date.

The question for the administration, then, is why has it taken so long to nominate someone to fill the position?

The Senate announced that Biden nominated Navy Adm. Christopher Grady on Nov. 1 to replace Hyten just weeks before he is set to retire.  The nomination process will be at the mercy of the Senate to confirm him for the position.

Hyten has “warned that bureaucratic inertia and fear of failing are thwarting innovation” in the Defense Department. Who will now push for more speed given the Chinese efforts toward regional and perhaps global domination?

He also stated clearly that the federal acquisition process has made only “marginal” progress. Who now will take the reins and get “great” progress?

The American public understands that not every innovation can be put on display, but when the expert close to the decision-making process expresses grave concerns about the nation’s ability to meet China’s malignant race to dominance, we should listen — and name his replacement quickly.

The U.S. efforts at speeding up the processes for innovation and acquisition will prove complex for the services, Congress, and the White House but it’s vital.

How can any clear-headed observer not see that delaying the nomination and confirmation of a new vice-chairman is unacceptable in today’s precarious environment?

With the nomination announcement, a vetting process by the Senate, hearings, and a vote could take weeks or longer to complete depending on findings or Senate scheduling.

There is no guarantee of a quick process, and the fact that a quick process is even necessary is calls into question the White House’s level of attention to important national defense issues. Hyten’s retirement was expected and there has been a date certain since he took office two years ago.

The ill-timed and ill-executed decision for the withdrawal from Afghanistan without a thoughtful plan has encouraged China to not only menace Taiwan but to accelerate its own acquisition, technology, and research programs and has made the job of the vice-chairman exceptionally important.

The White House must learn from this mistake for future key position nominations and push hard to get Grady in place and allow him to quickly assess the way forward on innovation and acquisition matters. 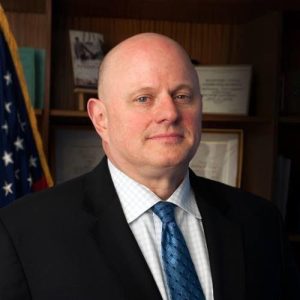