34 Perennials to Cut Back in Fall & How to Grow Them 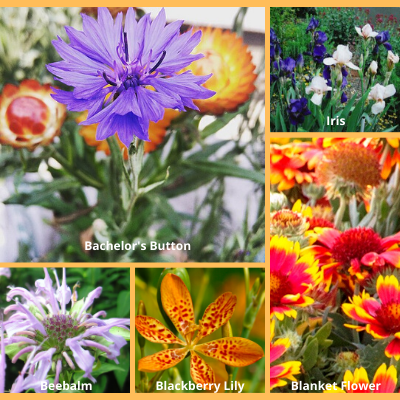 Most perennial hibernate underground through winter. Some are downright ugly after our first hard frost and harbor pest and disease unless cut back by the end of the year. You protect these perennials for the cold months ahead and spark healthier new growth next spring by cutting back these perennials. Here are perennials to cut back in the fall.

This is not a recommendation to cut all perennials back to the ground this fall. Some need their foliage for winter protection and should be pruned back the first days of spring. Follow these recommendations, and you will have spectacular results next year. 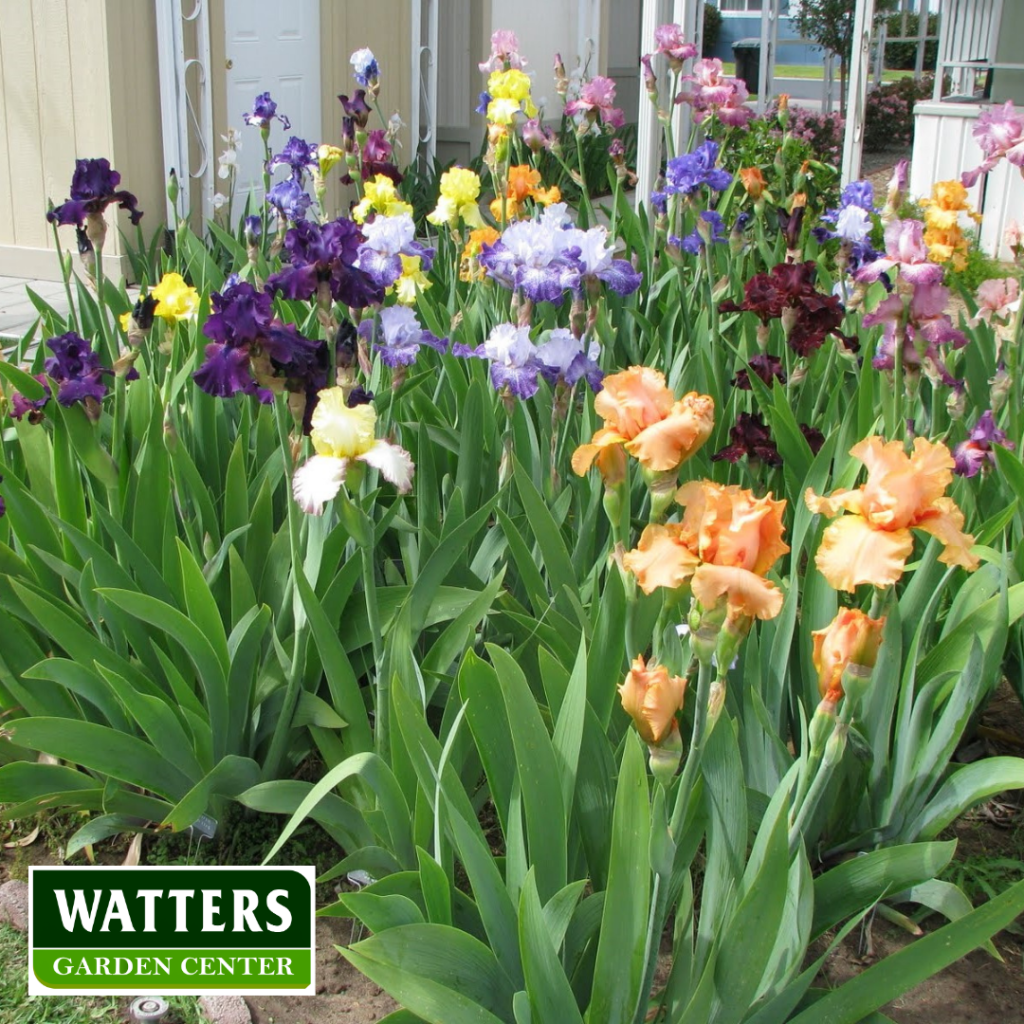 Bearded Iris, Iris germanic – the tall foliage of bearded iris flopping early in the growing season. This tall foliage protects iris borers, aphids, and fungal diseases. Cut the flower stalk as soon as it’s blooming and remove any damaged or diseased leaves. Leave healthy foliage until autumn, then cut the entire plant back to 6 inches, and dispose of the foliage, rather than composting it.  How to Grow Iris.

Bee Balm, Monarda didyma – Even the most resistant varieties can succumb to powdery mildew. If you’ve had problems with disease, cut the plant back even before fall. Healthy new growth is left until spring. Selective thinning can be done with the remaining seed heads left as food for winter birds.

Blackberry Lily, Iris domestica – is best pruned back in fall to keep foliage from collapsing. Limp foliage causes the crown to rot and invite borers. Cutting it back also stops unwanted self-seeding, preventing the plant from becoming invasive.

Bronze Fennel, Foeniculum vulgare – can be found accenting many local gardens. The foliage is food for swallowtail caterpillars that often strip the plant of leaves by fall. If this happens, it no longer provides use to the plant and can be cut back to the ground. 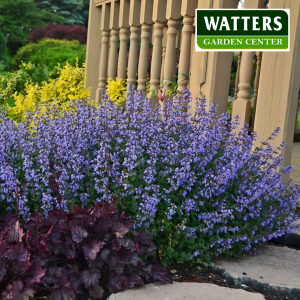 Catmint, Nepeta – respond well to pruning throughout the season to refresh and tidy the foliage. Winter cold damages the vegetation, so start your spring cleanup in the fall.

Columbine, Aquilegia – remove columbine foliage showing leaf miner damage, and clear out any debris around the base of the plant. Columbine sends out growth early in spring and appreciates not having old foliage from the previous year. To prevent self-seeding, remove flowers after blooming. Leave healthy foliage to absorb energy throughout the growing season, and prune after frost.  How to Grow Columbine.

Corydalis, Corydalis lutea – is hard to kill. Tame its enthusiastic self-seeding habit by removing seed heads and cut back foliage after a hard frost. If summer has damaged foliage, cut back the plant to its basal leaves closest to the ground.

Crocosmia should be cut back when blooming ends to encourage new flowers. The seed heads can offer interest, but the foliage eventually fades through cold months. Cut back dead foliage and remove debris.

Daylily, Hemerocallis – remove spent flower stalks after blooming to encourage new flowers on reblooming varieties. Daylilies respond well to shearing in autumn. If you can’t get to cutting back all the dying foliage in fall, at least make a point to remove any diseased parts of the plant.

False Indigo, Baptisia australis – is one of those plants that flop in the middle if they aren’t sheared back after blooming. Many gardeners like to leave the seed pods and choose to stake the plants. The foliage turns black with frost, so cutting back false indigo in the fall is recommended.

WHY FLOWERS DIE & WHAT TO DO ABOUT IT

Golden Marguerite,Anthemis tinctoria – pruning to the crown encourages new basal growth that protects and sustains the plant through winter.

Ground Clematis, Clematis recta – is a clump clematis blooms late in the summer and produces attractive seed heads. After a hard frost, it becomes wet and slimy. This bloomer flowers from new growth, so do not be afraid to clean it up in the fall.

Hardy Begonia, Begonia grandis – remove spent blooms throughout the growing season to encourage repeat blooming. Frost will blacken and collapse the foliage, and when left, often causes crown rot. Prevent this by cutting back the plant in autumn.

Helianthus, Helianthus laetiflorus – are members of the sunflower family that finish blooming toward the end of summer and go downhill from there. Deadheading does not improve their appearance, and the tall stems are guaranteed to break and flop. Cut them back to the ground for aesthetics.  How to Grow Sunflowers.

Hollyhock Mallow, Malva alcea – blooms throughout summer into fall and benefits from deadheading to encourage more flowering. Cut back the plant to basal foliage after it’s done blooming to maintain a healthy appearance.

Japanese Anemone, Anemone hupehensis – Beetles love this plant and are often defoliated by fall. If the beetles don’t get to your plants, the foliage still turns black and becomes unattractive after frost. Cut it back after freezing weather turns the foliage an unhealthy color.

Leopard Plant, Farfugium japonicum – are predominantly grown for their foliage. The leathery leaves grow several inches in length and width, and they emerge with a dark purple color before turning to deep green. After a hard freeze, the foliage turns to a dark mush, so feel free to cut it back.

HOW TO GROW WILDFLOWERS

Ladybell, Adenophora liliifolia – flower in early summer and can be cut back after flowers diminish. The plant is not prone to pests or diseases, and the basal foliage should remain fresh until spring.

Masterwort, Astrantia major – is deadheaded through summer to prolong the flowers. If conditions are dry, the foliage will begin to yellow and can be sheared to the crown. Allow healthy new growth to remain through the winter. If no yellowing is present, leave the plant for spring cleaning.

Meadow Rue, Thalictrum aquilegiifolium – it doesn’t really matter when you cut back meadow rue. Once the blooms are done for the season, pruning in the fall is one less thing to do in the spring. Some varieties will self-seed. If that is desirable, let it go until spring.

Mountain Bluet, Centaurea montana – tends to become black and unsightly with the first frost and can be cut back in autumn. If you already sheared them back in late summer and only basal growth is present, you can allow that to remain. 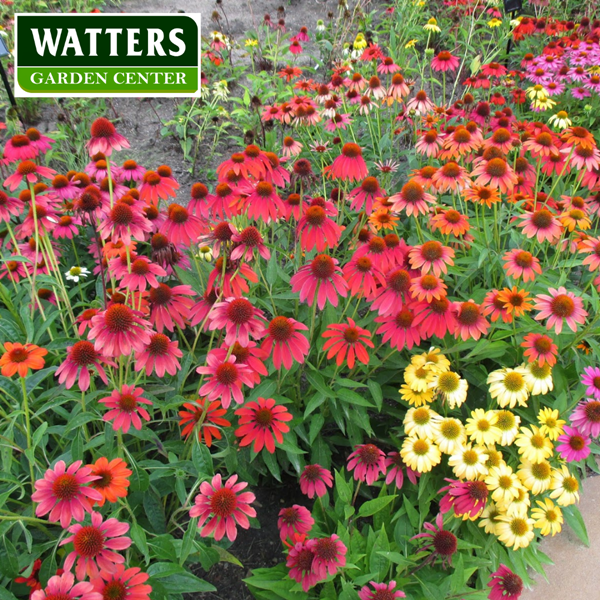 Painted Daisy, Tanacetum coccineum – can quickly rot in wet soil, so plant in well-drained soil. Deadhead plants throughout the season to encourage reblooming. Plants will turn brown after frost, so prune dead foliage by the end of the year. How to Grow Coneflower.

Penstemon, Penstemon barbatus – does not like wet feet and should be planted in well-drained soil. The foliage usually declines toward the end of summer and can be trimmed back. Allowing older growth to flop would hold too much moisture around the crown that causes problems in spring.

Peony, Paeoni –  need a period of cold to set buds for the next season. Their foliage is prone to mildew, so cut them back in the fall. Infected foliage can be removed in late summer. Healthy foliage will turn golden in fall, and that is the signal to prune.  How to Grow Peony.

Phlox, Phlox paniculata – is prone to powdery mildew, and even the resistant varieties can become infected in lousy weather. Prune and destroy all foliage and stems in the fall. Even if the plant is healthy, it will benefit from thinning to increase airflow and prevent disease.

HOW TO PREVENT POWDERY MILDEW 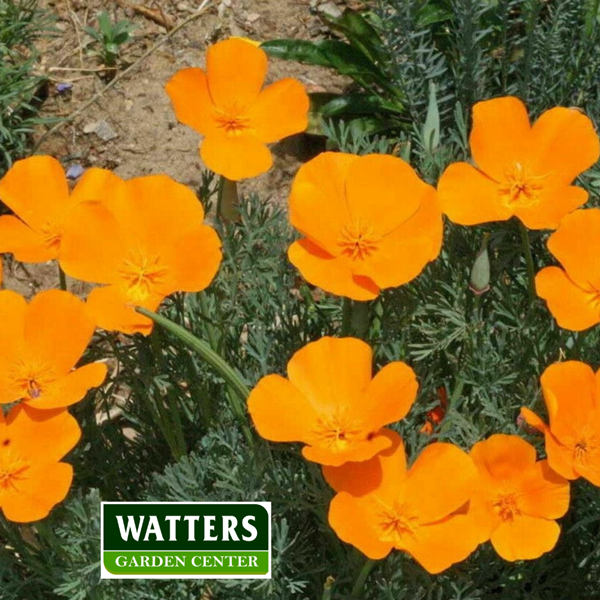 Plume Poppy, Macleaya cordata– are nearly impossible to kill. They often become aggressive under optimal conditions. So cut back your plants before they go to seed unless you want plume poppies everywhere.

Salvia, Salvia nemoros – benefits from pruning several times during the growing season to prevent flopping and encourage reblooming. When blooming slows in the fall, cut back the whole plant to the new basal growth to keep it healthy for spring.  How to Grow Salvia.

Siberian Bugloss, Brunnera macrophylla – its foliage turns black and unattractive with the first frost. The plant is an early riser in the spring, so clear away old vegetation to prepare for new growth.

Sneezeweed, Helenium autumnale – usually does not finish blooming until mid-fall. By that time, it is often covered with powdery mildew. Once the flowers are spent, cut back the plant by half to promote healthy new foliage, making sure to remove diseased leaves. Pruning also encourages branching, reducing the plant’s need for support as it gets taller.

Solomons Seal, Polygonatum odoratum – pretty much disappears on its own after a frost or two. The leaves will undoubtedly drop. But if the stems remain, they can be pruned back to the ground.

Here are the most important perennials  to cut back in autumn, but the list is extensive. If you need help, take a photo and bring it to Watters Garden Center for specific help. 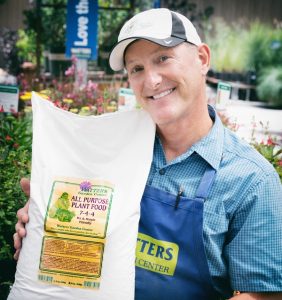 Best Perennial Advice – fall is the most crucial feeding of the year for all flowers. Feed all your flowers with 7-4-4 All Purpose Plant Food for better flowers next year, whether you cut them back or not.

Until next issue, I’ll be helping local gardeners here at Watters Garden Center.

Ken Lain can be found at Watters Garden Center throughout the week, 1815 W. Iron Springs Rd in Prescott, or contacted through his website at WattersGardenCenter.com or Top10Flowers.com. 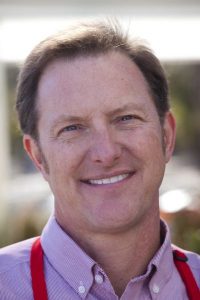