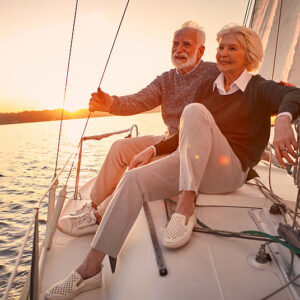 Congress has begun its year-end sprint, and the debate over raising taxes is as hot as ever.

Crucial to President Joe Biden’s $3.5 trillion agenda is a wide range of tax penalties targeting the wealthy, broadly defined as households with incomes over $400,000 (“the usual targets”). Democrats claim the only targets are wealthy Americans, who face higher rates and closed loopholes. For example, the Biden administration’s “American Families Plan” would raise the top marginal income tax rate from 37 percent to 39.6 percent. While this particular tax hike may now be in limbo, politicians have plenty more tricks up their collective sleeve.

But Congress must tread carefully. While the “tax the rich” mantra appeals to people who believe in an expanded social safety net, the reality would bring unforeseen consequences. In theory, taxing the rich means forcing them to fund more government programs. But, in truth, tax hikes on the wealthy force them to weigh their options and look overseas to store their wealth—that is, look outside the United States.

It’s already happening. And while the mainstream media portrays “offshore” as sketchy, it’s perfectly legal when done properly. The recent “Pandora Papers” investigation revealed more than 200 U.S.-based trusts linked to over 40 countries. At the height of the COVID-19 pandemic, Swiss banks saw 40 percent increases in profit and billions of dollars in new money.

I know firsthand. As the founder of Nomad Capitalist, an international offshore consulting firm, I work with high-net-worth individuals who seek out residencies and citizenship abroad. In recent months, we have seen a 300 percent increase in Americans seeking second passports and a “Plan B” from rising taxes and chaos.

That won’t change, and it should be a warning sign for U.S. policymakers. Unfortunately, many policy proposals treat wealthy Americans like they have no choice but to live in a more adverse tax climate and keep their wealth in the United States. Biden, for instance, has pitched more than $3 trillion in new taxes over the next decade, with little to no regard for the downstream effects.

How does that incentivize the “one percent” to stay here? If they can move, why wouldn’t they save the money? It’s a safe bet that you or I would too.

Saddled with inflation and unemployment, the U.S. economy cannot afford to lose the “one percent,” however unpopular its members have become. Many of them are entrepreneurs who started their own business ventures and hired others to see them grow. Many are small business owners, who account for two-thirds of new jobs created on American soil. Risk losing them, and you risk the financial security of countless employees and job-seekers who depend on entrepreneurship to make a living.

In today’s world, the top priority of U.S. tax policy is to make the case for America. The question isn’t, “How do we extract more money from them?” It should be, “How do we keep them here?”

Of course, all Americans should pay their fair share. But not all Americans contribute to society to the same extent either. We cannot underestimate the power of entrepreneurs like Jeff Bezos. Without him, Amazon would not be hiring 150,000 workers for the holidays. We want people like Bezos to continue being here—starting companies and creating jobs at home. They need Americans to work and we need them to be entrepreneurial.

But entrepreneurs need to be treated best here. Otherwise, they will invest their money “there.” 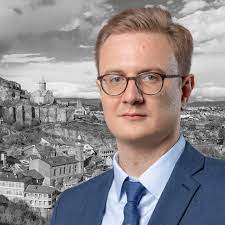 Andrew Henderson is the founder of Nomad Capitalist, an international offshore consulting firm. He wrote this for InsideSources.com.
All Posts »

PrevPreviousWhere to Go for Social Security Help
NextMicroorganisms in gut can be influenced by a child’s socioeconomic status, study saysNext