Badgers Back On Track With 29-6 Win Over Flagstaff : PHS Sports Roundup 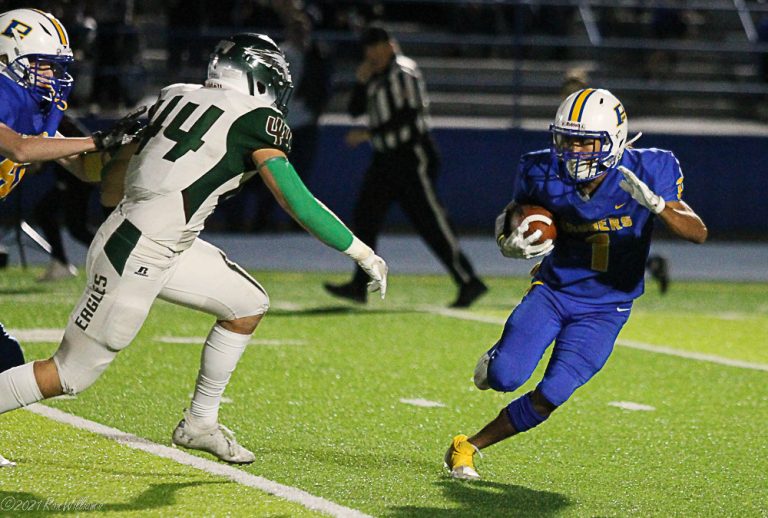 Photo:1 Cervando Vega attempts to get past 44 Spencer Smith.

The Prescott Badgers bounced back after their loss to the Mesquite Wildcats last week, with a 29-6 win over the visiting Flagstaff Eagles.

A nearly capacity crowd was on hand for the homecoming game, to see the Badgers build a 14-0 lead in the opening quarter.

Flagstaff took the opening kick and moved down the field. The Eagles were in a good position to take an early lead, but that is when things changed dramatically. Prescott’s Cervando Vega jumped the route on a Flagstaff pass play, returning it 99 yards for a pick six. It was the first time this season the Badgers had scored first. Cole Gross added the PAT for the 7-0 lead.

Prescott scored again with 1:07 left in the first quarter when Cian Mckelvey sprinted into the end zone from 12 yards out.

No scoring occurred in the second quarter, that saw the defenses stand tall and make some big plays. Caden Pena picked off the first of his two on the night with 4:00 left in the quarter. The other factor was penalties, that help the defensive cause and killing off drives.

The Badgers gave Flagstaff an opportunity to get on the board after a muffed punt by Vega, but Pena got the ball back for the Badgers with his second pass interception. The Badgers used a good mix of runs and pass plays to go up 20-0 on a Cody Leopold 10 yard TD run, with 3:53 on the third quarter clock.

Flagstaff (1-2) in the Grand Canyon Region, (4-4) overall, tried a fake punt on their next possession, but even that failed. Once again the Badgers moved the ball and scored again on a second Leopold touchdown, this time on a one yard plunge.

The Eagles finally got the goose egg off the board when Codie Maier hit Jake Weidinger for a 20 yard TD, on a quick two play drive. The two point run attempt failed, and that would be if for the visitors highlights.

Quarterback Alex Vaughan had a perfect evening in the pocket completing all nine passes, to six different receivers, for 123 yards. Landen Aurich and Jake Hilton caught two each. Prescott had a very good night on the ground with two 100 plus yard rushers. Cian Mckelvey had 133, with 1 TD, Cody Leopold with 132, and two TDs, led the way for the home team that ended with 274 yards on the ground. As for the negative, offensive holding was the penalty of choice for the Badgers, getting flagged for it eight times.

Defensively, Cervando Vega and Cody Leopold were credited with 11 tackles each. Spending time in the opposing backfield was a good habit that resulted in four sacks of the Flagstaff QB, with five different players involved. Cody Leopold, Cody Hanna, Cameron Brown, and a joint effort by Cervando Vega and Desmond Bennett accounted for a loss of 34 yards by the Eagles offense.

With the Badgers winning, along with Bradshaw Mountain upsetting Coconino, sets up a showdown that will determine the Grand Canyon Region champion. The two teams will face each other on Friday at Prescott High School.

The Badgers perfect season came to an end with a championship loss to the Ironwood Eagles 5-3 at Cortez High School. Prescott ends a great season as state runner up in Division II with a (17-1) record. State champion Ironwood, the number three seed, also ended at (17-1).

No other information was made available.

PrevPreviousHOLY COW! HISTORY: The Star-Crossed Love of Stanny and Sara
NextOpinion: Weaponizing Government Against Its CitizensNext