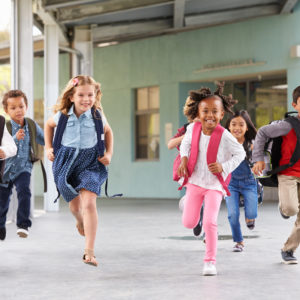 At some level, Attorney General Merrick Garland can be excused for being ignorant about two of the most important influences in determining successful schools. However, teachers in all schools should feel embarrassed for the National School Boards Association members or any local school board member who does not know that local control and parental involvement are major factors in creating good schools.

For almost a decade after the 1980s call for public school reform (“A Nation at Risk”), two researchers from the Brookings Institute reviewed robust surveys of students, teachers, and administrators in high schools to help answer a major question: What makes for effective and high achieving schools? In their 1990 book Politics, “Markets & America’s Schools,” John Chubb and Terry Moe concluded the variables that make for good schools are those that allow for a high level of parental involvement, support innovative school leaders, competition, and parental school choice.

Muzzling parents who question what is taught to their children is antithetical to educational research findings for what makes for good schools and flies in the face of the country’s tradition of local control of public education. Garland’s directive to FBI agents and a list of other federal entities on parents who express their concern about what is taught in their tax-supported school is a major abuse of governmental power.

Since its inception, public education has been run locally, i.e. by the districts, with less power as you move up to the state and federal levels. Education policy is the quintessential example of authentic federalism. Local school district leaders, and if relevant, state education officials have not hesitated to thumb their noses at federal policies and programs. For example, the major federal initiative, “No child left behind,” got little traction as state and local school authorities had little interest in what the policy wonks from Washington D.C. thought would work to improve public education.

Residents and local officials should be asking themselves what possibly could be getting parents so riled up that they are turning out to speak up at school meetings in unprecedented numbers. The Department of Justice’s memo to local police runs roughshod over citizens’ rights to assemble, petition the government, and freedom of expression.

School board meetings are for the most part uneventful; few residents show up to speak. Raising school taxes can draw a spirited crowd; but what gives when school board officials think they need the support of police to maintain order? Taxpayers should go to these meetings to find out.

Politicians, teachers, and pundits who argue that citizens should not question school curricula because they are not subject matter experts should attend a civics course and learn about the historical and philosophical foundations of public education in this country.

Horace Mann, credited as the founder of public education in the U.S., set as one of his aims to form students that would participate in “enlightened public opinion.” As with today, the “common schools’ ” aim was to form law-abiding and productive citizens for the betterment of society.

In fact, at the founding of the public school movements in the U.S., the dominant elite were Protestants, and these movers and shakers wanted to make sure the Catholic, mostly immigrant, children got the proper spiritual schooling—thus a hidden curriculum. Catholic families were suspect of the public school system, the vestiges of which exist today.

Actually, the list of the best schools in the county identified by Chubb and Moe in their study were religious-sponsored schools, as these had local control and saw education as a partnership between teachers and parents.

A significant number of parents see what schools are teaching their children today as way off-script. To them, the newfangled indoctrination does not comport with their understanding of truth, justice, and the American way. Parents, at the least, deserve the respect, and the right, to be called on, to question what educators are teaching their children. The federal government has no authority to ring a bell to dismiss parents who care about what is being taught in today’s public schools. 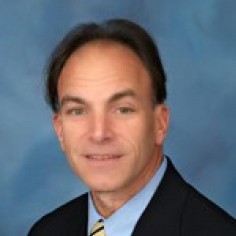