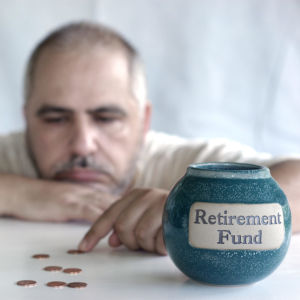 The Biden administration is eying changes to retirement savings, causing one organization to say “hands off!”

“Joe Biden is going after and trying to get a lot of tax increases through the reconciliation bill and one of those is to get more taxes from Roth Individual Retirement Accounts (IRAs) and regular IRAs,” says David Williams, president of the Washington, D.C.-based Taxpayers Protection Alliance (TPA). “What they want to do is clamp down on the amount of money that a person can invest once their IRA reaches a certain threshold and that threshold is $5 million.”

That, says Williams, is basically discouraging investment and discouraging people from putting money in savings for retirement.

“We are trying to educate the public about what’s happening because there have been a lot of high-profile changes to the tax code that they’re trying to make,” says Williams. “We’ve seen the corporate tax rate trying to be raised, we’ve seen the Internal Revenue Service [bank account reporting] provision. What we’re trying to do is educate people about how the Biden administration also wants to change the IRAs and we’re doing this through the new campaign which we call ‘Don’t Touch My IRA’ campaign.”

Williams is not the only person concerned about the Biden plan.

“President Biden’s big government would increase the double taxation of savings and investment,” says Matt Dickerson, director for the Grover M. Hermann Center for the Federal Budget at the center-right Heritage Foundation. “This will ultimately hurt families simply trying to save for their future.”

Democrats in support of Biden’s plan say the changes only target the “mega-rich.” They point to a June ProPublica report that said PayPal co-founder Peter Thiel owns a Roth IRA that had grown to $5 billion in 2019. In 1999, that Roth IRA had less than $2,000.

“To put that into perspective, here’s how much the average Roth was worth at the end of 2018: $39,108,” wrote ProPublica in its report. “If every one of the 2.3 million people in Houston, Texas were to deposit $2,000 into a bank today, those accounts still would not equal what Thiel (now) has in his Roth IRA.”

“As long as Thiel waits to withdraw his money until April 2027, when he is six months shy of his 60th birthday, he will never have to pay a penny of tax on those billions.”

“IRAs were designed to provide retirement security to middle-class families, not allow the super-wealthy to avoid paying taxes.”

One proposed change would require people with $10 million or more in combined 401(k)-style workplace plans plus traditional and Roth IRAs to start pulling out money. Opponents say the danger is making changes at all. Once people see the terms of their investments can be changed by the government, particularly in the pursuit of tax revenues, they may lose trust in those retirement vehicles.

In fact, the Biden proposal includes some modest changes in Roth IRA rules for singles with taxable income over $400,000 and married joint filers earning above $450,000. Those people aren’t poor, but they’re hardly mega-millionaires.

Democrat Max Baucus, a senator from Montana from 1978 to 2014, says Washington needs to raise taxes and do it fairly, but even he urges the administration and Congress to leave existing Roth IRAs alone.

“Taxpayers must be able to trust that Congress will honor its promises, especially for those saving for retirement,” Baucus wrote in USA Today.

“America is a place where people want to earn more and more money, and this proposal is part of a pattern that we’ve seen with this administration,” says Williams. “They’re saying that if you’re a company that makes more than $5 million, you’re going to have a higher corporate tax rate. That’s discouraging businesses and business growth. And now their plans to change the IRAs, that’s discouraging investment and savings for the future.”

Williams acknowledges statements from supporters of Biden’s efforts that “this is being done to go after wealthy people,” but he says $5 million is not going to be as much money in 10 to 20 years as it is today.

“The Congress should not be micromanaging people’s investments,” says Williams. “People should be able to have the freedom to invest as much as they want, and to build that investment as high as they possibly can without repercussions from Congress.