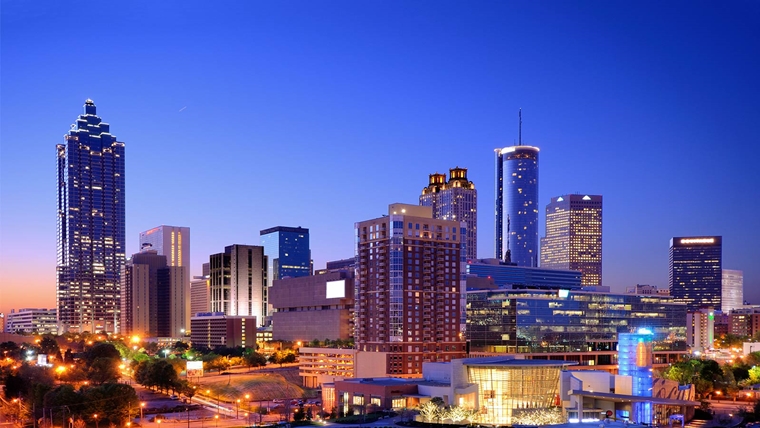 [Editor’s Note: According to Wikipedia, “Buckhead is the uptown commercial and residential district of the city of Atlanta, Georgia, comprising approximately the northernmost fifth of the city. Buckhead is the third largest business district within the Atlanta city limits…”]

The question of secession from the United States divides white advocates. Many don’t want to abandon what they still regard as their country. Others think it’s not practical. Secession also assumes our problems have already been solved. It would require white identity, and if we had it, we wouldn’t be in this mess.

This doesn’t mean separation can’t happen on a smaller scale. Counties in western and southern Virginia could join West Virginia. Frederick County could easily change sides. If Republican candidate Glenn Youngkin loses the Virginia governor’s race to Democrat Terry McAuliffe, Virginians outside the DC suburbs may finally understand they have no place in the Old Dominion. Mass immigration has transformed Virginia beyond recognition. Nostalgia and wishful thinking won’t change that.

In Atlanta, the wealthy Buckhead area wants independence from the city. A CNN article from last month says that residents are “ostensibly” (CNN’s scare quotes) motivated by crime, and a Georgetown professor warns that the “successful” would be seceding from the “struggling.” Atlanta losing Buckhead, CNN warns, would cost the city tax revenue, and might cause “racial divisions between the majority White community and the rest of Atlanta, a city known as the ‘Black Mecca’ of the South.”

The Mecca of the South? CNN is right. Muslims around the world face Mecca when they pray; it is central to their way of life. Similarly, Atlanta and blacks more broadly are central to America’s official worldview. Our history, heroes, culture, and symbols are constantly tested by what they mean to blacks. If blacks disapprove, anything can be scrapped, canceled, or torn down. This is a religious view, one that facts and evidence do not often defeat.

Unfortunately for Georgia, a new religious festival is about to be inaugurated with the Ahmaud Arbery murder trial. Why do we even bother with a trial when we know that a not-guilty verdict would mean chaos and property destruction? America’s commitment to racial egalitarianism is far deeper than its commitment to justice and even to its nominal Christianity. This seems to be true even within churches, Catholic or Protestant.

What people say and even what they believe are often different from what they do. “Revealed preferences” often show that egalitarians, even if they really believe what they say, don’t act on it. Redemption takes many forms. Robin DiAngelo, assuming she’s not a cynic, no doubt feels entitled to her vast wealth because she’s “doing the work” of dismantling racism within all white people, including herself.

Some people can have both self-interest and self-respect. Those leading Buckhead secession are not white advocates, but they are fed up with the crime and poor governance that often come with being ruled by blacks. They may not put it that way, of course. They may not even think way and would deny it even if they did. They may even doubt their own cause when others accuse them of thinking about race. None of that changes anything.

A split could be devastating for Atlanta financially. Buckhead isn’t small — it stretches over 24 square miles — and the proposed new city would take with it nearly 90,000 residents, about one-fifth of Atlanta’s current population. Atlanta would lose an estimated 38% of its tax revenue if Buckhead leaves, according to the Buckhead Community Improvement District. The Metro Atlanta Chamber of Commerce and two local civic and business groups, the Buckhead Coalition and the Buckhead Business Association, have said they oppose de-annexation.

Buckhead’s secession would strike at the power of Atlanta’s Black political class. Black residents have been involved in a 50-year project to accrue power in the city, beginning with the election of the first Black mayor, Maynard Jackson, in 1973. Today, a mostly Black cast of elected officials is in charge of the largest city in the South, which has one of the highest concentrations of Fortune 500 company headquarters in the nation.

Michel Owens, a political scientist at Emory University, says “much of what’s going on is about the inability” of whites in Buckhead “to have greater influence over the policy choices of the city of Atlanta.” Maybe it started that way, but secessionists don’t want to control Atlanta; they just don’t want Atlanta to control them.

Dr. Owens’s work and Twitter feed suggest he may have different views about law enforcement from Buckhead residents. I suspect his views on economics are also different.

Why must residents of Buckhead of any race subsidize Atlanta? Why is it wrong for a largely white community to control its own government? Black Atlanta, purged of whites who want law-and-order, would be free to experiment with whatever progressive polices it wanted, including abolishing the police.

The Buckhead secession debate demolishes American racial orthodoxy. Who needs whom? If “whiteness” were toxic, blacks would be glad to be rid of it. Instead, mining us and our resources has become a civil right. They need us; we don’t need them.

If secession is a kind of “divorce,” then Buckhead wants to leave an abusive relationship. It’s wrong to say whites must subject themselves to violent crime because the black political class has an imagined right to their money.

Still, Buckhead and Atlanta are not just stand-ins for “white” and “black.” There are blacks who presumably support secession and many whites oppose it. There are blacks who don’t like the way Atlanta is governed, and whites who are happy in the Black Mecca. Even so, CNN is right to think race matters. What they may not have considered is that secession is the moderate compromise that could defuse tension.

Local secession would force cities to govern competently. Blacks really are the people hurt most by an incompetent, soft-on-crime progressive political class. Blacks vote for it, but that might change if there were no whites to subsidize their folly. When the “Fruit of Islam” police Black Muslims there is no foolish talk of police being the problem.

Local secession would breed local elites who could lead larger secession. State boundaries might change, but the Union would endure. Whites could build communities with real-self government under the federalist system the Framers set up. They would not be ethnostates, but would be a peaceful, practical way for Americans of all races to co-exist on a national level, even if it meant some local separation.

If we were ruled by practical men, they would recognize this. We are not. I expect the Buckhead movement will fail because of moral blackmail. Whites can’t say no when others demand subsidies. If local secession movements fail, we must have openly Identitarian movements. We need an ideologically confident vanguard that directly challenges racial egalitarianism.

If the current system says that a majority-black city must be supported by whites for moral reasons, reject the moral code. Otherwise, even the smallest practical improvement is impossible. Under today’s system, every issue is a racial issue. If our rulers don’t change this, whites can and will organize on racial lines, just like every other group. It is the moral choice. I hope the Buckhead secession effort succeeds because the vanguard approach is a harder road. It may be the last one left to us.

Critical Race Theory is the ideological justification for stripping whites of wealth and power. It infects every issue from crime to education. We refuse to be sacrificed. If Buckhead secession fails, it will be more proof that we are ruled by fanatics who think they have a right to what is ours. We must reject their irrational faith and scorn their moral blackmail. We do not pray to Black Mecca.