Gerrymandering Is Inevitable in a Democracy 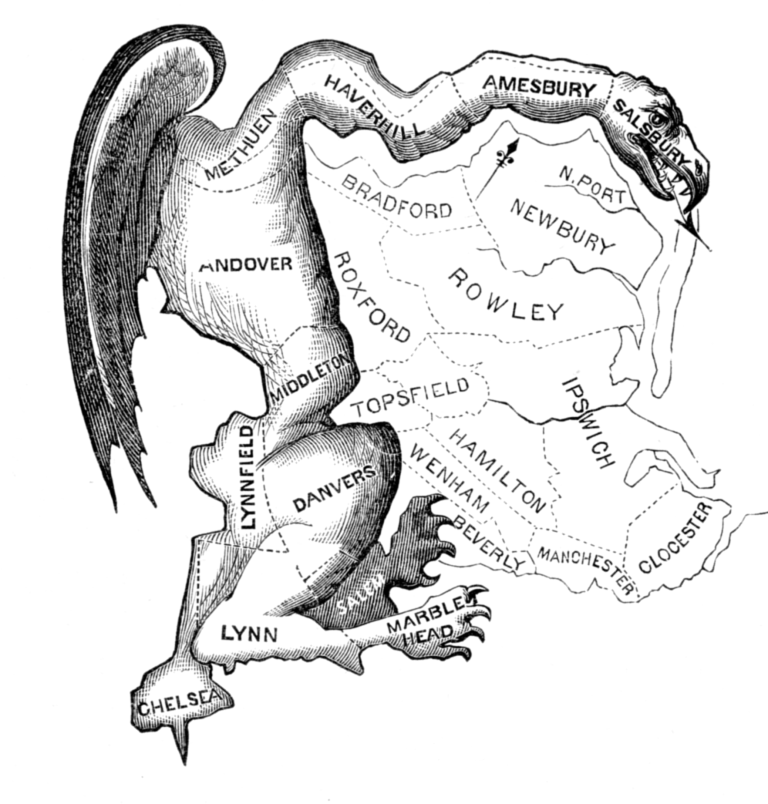 With the Census Bureau finally releasing its population data to the states, they will now begin the process of redrawing political boundaries for local, state, and congressional seats. Anyone who believes that there is some magic way of keeping politics out of the redistricting process must still believe in the tooth fairy.

It was known “in the colonies prior to independence and the framers were familiar with it at the time of the drafting and ratification of the Constitution,” said the court. In fact, the term “gerrymandering” comes from Massachusetts Gov. Elbridge Gerry, whose name is forever linked to partisan map-drawing due to a state Senate district he drew in 1812 that looked like a salamander.

Yet the drafters of the Constitution still gave state legislatures the authority to draw congressional boundaries, showing that they expected politics to be part of redistricting. Partisanship is considered a dirty word today, but partisanship is defined by the views and opinions that individuals — and the political party they favor — have about history, culture, society, politics, and public policy.

Imposing a rule that legislators cannot take those interests into account — and the interests of the voters who elected them — when drawing political boundaries would destroy a fundamental element of our democratic system. Politics will always play a role in redistricting.

And why shouldn’t it? Politics is involved in who runs for office, who voters choose to represent them, and what those candidates do once they get into office. There really is no way to keep political considerations out of redistricting. Indeed, there are strong arguments against trying to do so.

One thing we know — partisan redistricting is a very inexact science because American voters are unpredictable, no matter what political consultants may tell you. Additionally, we only redistrict every 10 years, and the makeup of districts can change very quickly because we are a highly mobile society. Thus, there are numerous examples of supposedly “safe” districts at all levels — local, state and federal — being drawn for one political party that have been won by the opposition party.

There are also numerous examples of another American phenomena that makes effective partisan line drawing difficult — the tendency of many voters to split their tickets between candidates of different political parties, depending on whether they are voting for their local city council member, their congressional representative, or the president of the United States.

Some believe we can take politics out of the redistricting process by establishing so-called “independent” redistricting commissions that take the power to draw political lines away from state legislatures. All this does is move the politics and partisanship behind closed doors. Such commissions, whose members are chosen by the political parties and other government officials, are inevitably made up of individuals with partisan interests, despite their public assertions to the contrary.

As a 2019 analysis by the Capital Research Center showed, California’s “independent” redistricting commission actually drew more partisan congressional districts than the partisan Republicans controlling the Texas legislature did. And what’s worse, such commissions are unaccountable to the people.

Voters who are unhappy with the districts drawn by legislators, county commissioners or city council members can vote them out of office. Voters can’t do that to appointed commissioners who draw partisan districts that voters don’t like.

You can’t take politics out of redistricting, but you can implement common-sense rules that prevent misshapen districts that you need a GPS to navigate. Those rules should require that districts be as compact and contiguous as possible. They should follow the lines of natural boundaries like rivers and mountains and political boundaries like city and county lines. That will also lead to representatives who have an interest in representing all of the diverse people of a city, for example, rather than just those who are concentrated in one part of that city.

For more than 200 years, Americans have complained about partisan gerrymandering. But that is how our system works, and despite all of the complaints, we have something many other people around the world envy: a remarkably stable system of governance in which our democracy has never been compromised.

Hans A. von Spakovsky is a Senior Legal Fellow at The Heritage Foundation and former counsel to the assistant attorney general for civil rights at the U.S. Justice Department. He wrote this piece for InsideSources.com.
All Posts »