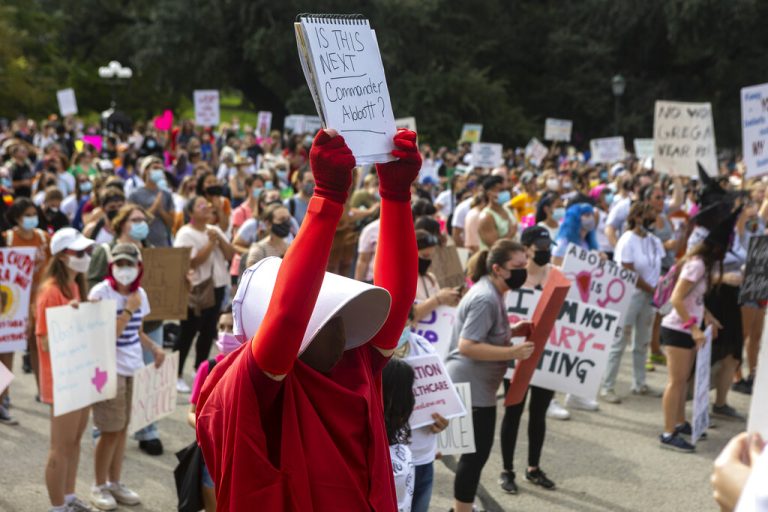 Abortions in Texas can resume under a federal judge’s ruling late Wednesday, but for how long? A conservative federal appeals court, and ultimately the Supreme Court, might take a more skeptical look at the Biden administration’s lawsuit over Texas’ six-week abortion ban.

The state law prohibiting abortions once cardiac activity is detected, usually around six weeks, had been in effect for more than a month. U.S. District Judge Robert Pitman temporarily blocked it, in a 113-page ruling that found the law violates a woman’s right to an abortion.

But the legal fight over the law at this point isn’t focused on abortion rights, but rather on who has the ability to mount a legal challenge to it and what a court can do.

Both the Supreme Court and the 5th U.S. Circuit Court of Appeals previously rejected pleas from abortion providers to keep the law from taking effect until courts could definitively rule on its constitutionality. It’s not clear how they will rule in the new case or when they might be expected to weigh in.

Texas already has said it will appeal to the 5th Circuit and the loser there almost certainly will ask the high court to intervene. The justices are separately hearing a major challenge to abortion rights in a case from Mississippi that could dramatically curtail a woman’s right to an abortion in roughly half the states. But that case, being argued in December, won’t be decided until next spring.

The administration said it was suing Texas because its law is clearly unconstitutional under those rulings. What’s more, the administration argued, Texas lawmakers wrote it in a way to evade early federal court challenges. Private citizens, not the state, have the power to enforce the law through civil lawsuits from which they can receive $10,000 a suit.

Federal government lawsuits against a state are not common, and when they occur as they sometimes do in the area of voting rights, they usually are based on a provision of federal law explicitly authorizing the Justice Department to sue. In his ruling Pitman laid out point by point why he felt the federal government had a claim in the case and therefore standing to file the lawsuit. The question is whether his reasoning will hold in higher courts.

There’s no such federal law addressing the current situation, but then the Texas provision is itself unusual. “It does feel novel for the federal government to sue a state on this relatively diffuse basis,” said University of Notre Dame law professor Samuel Bray. “But novel things happen. The way the Texas statute is set up is novel. Novel serve, novel return.”

Brigitte Amari, the deputy director of the American Civil Liberties Union’s reproductive rights project, said the Texas law is unlike anything she’s seen in more than 20 years of abortion rights work.

The fact that Texas had been able to end most abortions in the state even under the current legal framework “shows how uniquely cruel the law is and does create this very unique situation for the federal government to step in,” Amari said.

In pressing the state’s appeal, Attorney General Ken Paxton said on Twitter: “The sanctity of human life is, and will always be, a top priority for me.”

The administration’s intervention is not the only aspect of the case Texas is likely to challenge on appeal, legal experts said. Pitman ordered all Texas state judges and county clerks who might handle the citizen lawsuits to refrain from doing so.

“Typically, a judge tells an attorney general or law enforcement folks you can’t enforce it. Here, this law is written in a way that bars the state from enforcing it. The question is whether you can preemptively issue an order to other courts saying they’re not allowed to hear these cases,” said Jonathan Adler, a law professor at Case Western Reserve University in Cleveland. Adler said past Supreme Court decisions don’t provide a clear answer.

Pitman said he had another reason for siding with the administration, to prevent copycat laws in other states. Pitman wrote that “any number of states could enact legislation that deprives citizens of their constitutional rights, with no legal remedy to challenge that deprivation, without the concern that a federal court would enter an injunction.”

The reprieve for abortion providers may only be temporary and is itself not without risk, said Columbia University law professor Carol Sanger, who has written about abortion.

Sanger pointed to a section of Texas’ law that makes doctors fear they could still be sued for providing abortions without a more permanent legal decision in place. And she said that could mean even if Pitman’s decision were to stay in place for some length of time, some providers may not resume the abortions they were providing before the law went into effect. On Thursday, with Pitman’s order in place, abortions resumed at some clinics, but other doctors across the state did not rush to resume normal operations.