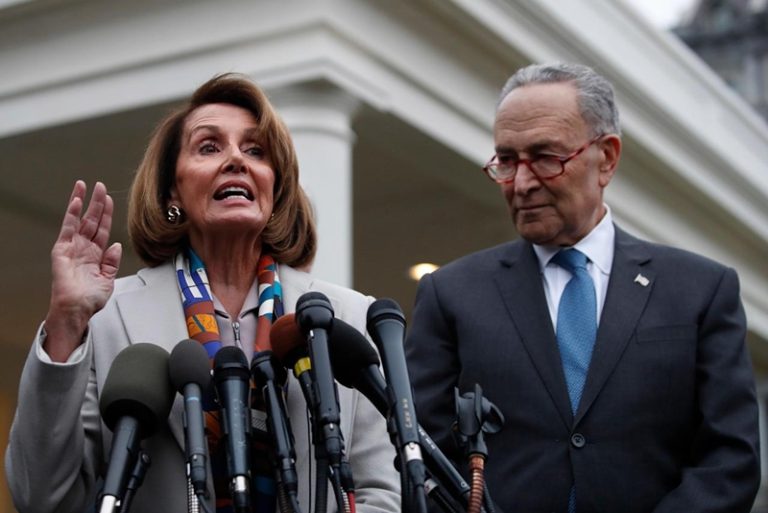 Democrats have a problem. They want Republican fingerprints on their big-government socialist reconciliation bill. But first, they need to raise the debt ceiling to clear the way for trillions in new spending.

Republicans are united in opposition to the reconciliation bill. And they have made clear since the beginning that Democrats — with full control of the government — will have to raise the debt ceiling on their own. There has been no confusion on this point.

All it would take for Democrats to raise the debt ceiling is a one-sentence bill. They could have gotten it done months ago. They could start the process today.

Biden said at the time, “Because this massive accumulation of debt was predicted, because it was foreseeable, because it was unnecessary, because it was the result of willful and reckless disregard for the warnings that were given and for the fundamentals of economic management, I am voting against the debt limit increase.”

Joining Biden in the no vote: Sens. Barack Obama and Chuck Schumer and Rep. Nancy Pelosi.

Democrats know the reconciliation bill is unpopular which is why they pretend it “costs nothing.”

They do not want the media and voters to talk about the contents of the bill: The biggest tax hike since 1968. Higher business taxes than China and Europe. Small business tax hikes. Capital gains and dividend tax hikes. Special tax cuts for media allies and people purchasing e-bikes costing up to $8,000.

Democrats hope voters won’t know who to blame if and when the bill is enacted. Democrats fear a mid-term election wipeout. Just like 1993-94 under Clinton and 2009-2010 under Obama, they overreached with tax increases and overspending.

Many incumbent senators are vulnerable. For example, New Hampshire Sen. Maggie Hassan (D) is trying to keep a low profile by staying out of the national media spotlight. But Democrat leadership claim they already own her vote. So she will have to explain to her constituents why she just imposed on her state a higher federal-state corporate income tax than China and Europe. She’ll have to explain why utility bills will go up.

Democrats must also face the fact that corporate income tax rate increases are borne by workers in the form of lower wages. Even progressive economists acknowledge this. And recently the Joint Committee on Taxation testified that the corporate tax was shouldered by “labor, laborers.”

Biden and the Democrats plan to increase the size and power of the IRS. They want $80 billion in new funding over the next decade in order to hire 87,000 new IRS agents and auditors. That’s enough people to fill the Roman Colosseum nearly twice.

Biden claims the agency will target people like Scrooge McDuck and Rich Uncle Pennybags. But the IRS itself has already announced a goal of a 50 percent increase in small business audits. After getting battered by the pandemic and forced closures, the last thing small businesses need right now is an audit, which can easily take 2-3 years.

The IRS could not even pass one of its own audits. Inspector General reports consistently show the agency is unable to account for its assets such as vehicle fleets. A small business owner with such shoddy records would be in big trouble with the IRS.

It gets worse. Democrats want to snoop on your bank account and your PayPal, Venmo, and CashApp accounts. They want to give the IRS automatic access to the inflows and outflows from these accounts. The agency would acquire and store this information, likely forever. The Democrats don’t seem to understand why anyone would have a problem with this.

The long-term goal for progressives is real-time IRS access to all of your financial transactions. No financial privacy. They’ll dismiss any concerns by saying: “What have you got to hide?”

Americans already know the IRS is unable – or unwilling – to safeguard the information it already has. You can expect this bank account information to coincidentally find its way to progressive groups who will use it against conservative households and organizations.

Democrats also want to impose price controls on American pharmaceutical manufacturers. The importance of medical innovation is clearer now more than ever, yet this proposal would threaten the development of hundreds of new cures in the future. It would also threaten jobs across the country.

On the spending side of the reconciliation bill, there is a long list of “woke” programs and earmarks. The bill spends $3.5 billion to create a “Civilian Climate Corps” – a make-work program for unemployed climate activists.

Taxpayers will provide these uniformed youngsters with lodging, food, transportation, and salary and the workers will even be unionized. Perhaps they’ll knock on your door with a clipboard and ask you to put on a sweater instead of heating your home adequately.

This program is a big priority for AOC, and that means Chuck Schumer does not dare think about cutting it from the bill. He fears a primary challenge from her.

It’s no wonder the Democrats don’t want people to notice what is in their bill, and why they want GOP fingerprints on a debt ceiling increase.