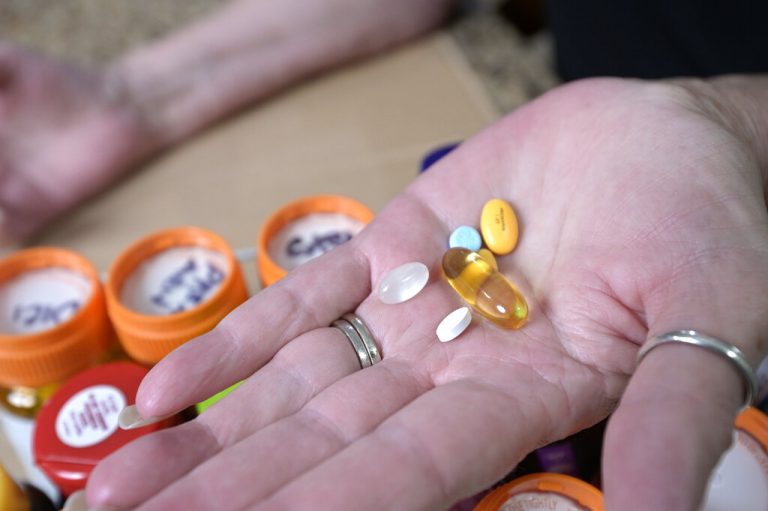 As a participant, she wants to pay less for her medicines, which cost her about $6,000 a year. As a retired accountant who spent 50 years handling the books for companies, she sees a way to get there.

“You know from working in a business that it makes no sense for an administrator of a plan or a company not to be involved in what they have to pay out,” said Weiner, who lives near Orlando, Florida. For Medicare “to negotiate those prices down would be thousands of dollars back in my pocket every year,” she said.

Negotiating Medicare drug prices is the linchpin of President Joe Biden’s ambitious health care agenda. Not only would consumers see lower costs, but savings would be plowed into other priorities such as dental coverage for retirees and lower premiums for people with plans under the Obama-era health law.

To do that, Congress would have to change an unusual arrangement that’s written into law.

When lawmakers created Medicare’s Part D outpatient prescription drug program in 2003, they barred Medicare from negotiating prices. Republicans who controlled Congress at the time wanted insurers that administer drug plans to do the haggling. Medicare was sidelined, despite decades of experience setting prices for hospitals, doctors and nursing homes.

“I don’t know of any other situation where the government has one hand tied behind its back when dealing with people like big pharma,” said Sen. Ron Wyden, D-Ore., who is leading efforts to draft the Democratic plan in the Senate.

Known as the “noninterference clause,” the ban has been unbendable. That’s the way the pharmaceutical industry wants to keep it.

Former Medicare administrator Andy Slavitt recalls proposing a “modest experiment” on pricing. “You would have thought we had pressed the nuclear button and the country was going to blow up,” he said.

Drugs costing tens of thousands of dollars a month were rare when the prescription benefit was enacted nearly 20 years ago. Now they have become more common, and Democrats want to allow Medicare to negotiate over high cost brand-name drugs with little or no competition, as well as insulins.

Their legislation also would limit price increases for established drugs and cap annual out-of-pocket costs for Medicare recipients such as Weiner. Another part would overhaul the inner workings of the nearly $100 billion-a-year drug program to try to reduce costs for taxpayers.

Politicians including former President Donald Trump and House Speaker Nancy Pelosi, D-Calif., have supported Medicare negotiations. But it’s Biden, with Pelosi doing much of the lifting, who’s come closest to getting it done.

Similar to the rest of Biden’s massive agenda, authorizing Medicare to negotiate hinges on a few Democratic holdouts. During committee deliberations in the House, three Democrats were opposed. In the Senate, a couple are seen as unconvinced.

Amid a furious lobbying and advertising campaign, the AARP, consumer groups, and health insurers are pressing for Medicare negotiations.

Business groups and the pharmaceutical industry are opposed. Drug companies have spent $171 million so far this year on lobbying, far above any other industry, according to the watchdog group OpenSecrets.

The industry says weakening the ban on negotiations would stifle investment in innovative ideas that can lead to lifesaving cures.

“The United States simply put is the bio-pharmaceutical engine for the world,” said Lisa Joldersma, a top executive of the lobbying group Pharmaceutical Research and Manufacturers of America, or PhRMA. “The investments that our companies make are what allow things like multiple vaccines and therapies to address a global pandemic to come to market in an unprecedented amount of time.”

PhRMA opposes constraints on launch prices for new drugs, as well as limitations on price increases for existing medicines. It says the government has other ways to shield Medicare recipients from high out-of-pocket costs and blames insurers for not passing manufacturer rebates directly to patients.

Joldersma points to research by the nonpartisan Congressional Budget Office to support the industry argument that fewer drugs would come to market. The CBO found an approach similar to the legislation would lead to a slight reduction in new drugs in the first 10 years, growing with time to 8% fewer new drugs in the third decade.

PhRMA says the chilling effect would be deeper.

“If you are the patient … it is certainly not a marginal issue,” said Joldersma.

Others say it’s unlikely that drug development would shrivel. Valuable medicines would go forward, but ones with fewer benefits would have a harder path, said biotethicist said Dr. Steven Pearson, head of the nonprofit Institute for Clinical and Economic Review, or ICER, in Boston. The research organization recommends prices based on effectiveness.

“The big argument is at if the government lays a finger on the process, somehow that is going to stifle innovation,” said Pearson. “We can get even better innovation by being smart in how we pay.”

Responded industry official Joldersma: “I’m not aware that Steve Pearson of ICER has ever been in the business of discovering or bringing to market any treatment or cure.”

Juliette Cubanski, a Medicare expert with the nonpartisan Kaiser Family Foundation, says “the level of hyperbole that we are hearing in this present drug debate suggests the industry is quite concerned.”

One of the biggest industry objections is that the House bill would use lower prices in other advanced counties as a yardstick for Medicare. The Trump administration tried a similar idea with a different set of Medicare medications. Drugmakers say U.S. patients may have to wait longer than they’re used to for new medications if that goes through.

A recent RAND Corporation study found that linking the cost of top U.S. drugs and insulins to prices abroad could reduce spending here for those drugs by about half.

Other countries try to balance incentives for research and development with prices that reflect the value to patients and society, said study author Andrew Mulcahy.

“If we just wrote a huge check to drug companies, would they do more research?” Mulcahy asked. “Probably some. But is that the socially optimal thing to do? Probably not.”