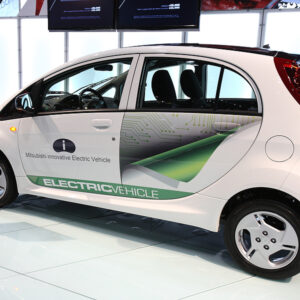 President Joe Biden’s legacy-defining infrastructure and budget bills have had a rough week. But the media’s skepticism and Republican schadenfreude belie both a miscalculation of Speaker Nancy Pelosi’s political savvy as well as a misunderstanding of the profound impact that Biden’s Build Back Better agenda can have on the American economy and American families for generations to come.

Last week’s tug of war between moderates and progressives illustrated that the final version of today’s $3.5 trillion proposal remains up for important intra-party debate. In the end, Democrats will do what they do best: Come together around once-in-a-generation legislation and deliver a needed win for the Biden administration and U.S. interests.

Good-paying middle-class jobs supported by labor unions are the heart of that vision.

It is a fundamental belief in the ability and importance of America’s middle class to rise to the challenge of each generation – despite Republican talking points. To meet that challenge, the government must level the playing field and empower its citizens.

In August, Biden signed an executive order that set a bold and ambitious target of zero emissions for half of all new vehicles sold in 2030. Zero-emission cars and trucks will save consumers money, cut pollution, benefit public health, advance environmental justice, and help bolster our important work to stem the devastating effects of climate change.

More and more of these vehicles, including battery electric, plug-in hybrid electric, or fuel cell electric vehicles can and should be built right here at home, driving expanded manufacturing, job creation, innovation, and affordability for millions of American families.

But we shouldn’t stop there.

In fact, America has the ability to challenge the current dominance of foreign automakers by establishing itself as an exporter of the EVs that are going to move the world’s people and goods for generations to come.

American factories and steel mills were the arsenals of democracy and, across our history, the American worker has driven untold technological advancements. Now, however, the U.S. lags behind in the global race to develop and manufacture next-generation EVs and the batteries that power them.

China’s EV market is currently three times bigger than America’s. But the U.S. has the ability, the technology, the workforce – and now, the political will – to advance Biden’s vision of the U.S. leading the world in EV manufacturing, supported by the infrastructure and innovation that make it possible.

China’s influence and foreign automakers’ efforts to keep America dependent on foreign sources for our automotive future make clear there is an urgent need to invest more aggressively in support of the president’s ambitious goals.

America’s automotive industry, labor unions, climate organizations, and even public health experts agree that the way to do so is by empowering America’s consumers to help jumpstart this race to innovate.

Michigan Sen. Debbie Stabenow and fellow Great Lake State Rep. Dan Kildee have a solution. They included tax credits for American car buyers that do exactly what a tax credit should – promote affordability for American consumers, fuel a vital emerging industry, bolster the domestic automotive supply chain, and both protect and create good-paying American union jobs in some of the states hardest-hit by the economic turmoil wrought by the global pandemic and prior deindustrialization.

Their proposal is simple. It extends the existing EV tax credit and then expands it first if the vehicle was made by American union labor, and then again if that car is powered by a U.S.-made battery.

The majority of today’s EV batteries come from China – a result of nonexistent labor and environmental standards. Chinese dominance in EV technology not only fuels electric vehicles, but it also supports Beijing’s alarming mission of global economic and energy dominance.

This current reality cannot stand. By becoming a net exporter of EVs, America can credibly reassert its commitment to human rights and climate responsibility while securing domestic economic growth well into the future.

Union labor built America’s middle class. It is time now, again, to call on America’s unions to expand that legacy by growing the country’s EV marketplace. With pro-growth investment from Washington, America can position domestically manufactured EVs as the moral alternative to the status quo.

Whatever shape ongoing budget legislation takes in the days ahead, there is no question that Biden’s bipartisan infrastructure deal and Build Back Better Budget should invest in the manufacturing, infrastructure, and economic incentives that we need to support good-paying union jobs here at home, lead on EVs around the world, and put climate consciousness within reach for millions of American consumers.

Expanding the U.S.-union-made EV tax credit will empower U.S. consumers to join the fight for cleaner cars and a better way forward for American workers.  It’s a simple way we can all help achieve a better future for the U.S. and the world.

Ron Klink, a Democrat, is a former member of the House of Representatives from Pennsylvania. He wrote this for InsideSources.com.
All Posts »

PrevPreviousRise in food-stamp benefits is partly undercut by end to pandemic aid
NextArizona Weekly Gas Price Update for Weeks of October 4, 2021Next