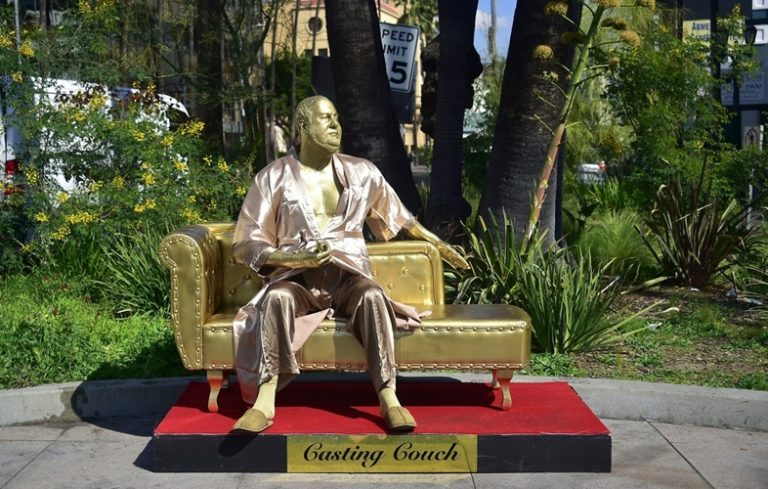 I just finished reading a book by local author, Mike Rothmiller, entitled, Bombshell – The Night Bobby Kennedy Killed Marilyn Monroe. Mike worked the Organized Crime Intelligence Division of the Los Angeles Police Department for years in the late 1970s and early 1980s. (My father retired from that unit in 1971.) Rothmiller had access to, and read many of their files. Among the things Rothmiller read in those files was a copy of Marilyn Monroe’s diary. He took notes of parts of the diary and shares those in this book.

One night when I was still reading the book, I saw an interview of Rose McGowan on Tucker Carlson Tonight. If you recall, she was the liberal activist actress who was one of the first public accusers of Harvey Weinstein for sexual abuse. This helped to give birth to the #Me Too movement that brought to light all of the sexual harassment, intimidation and even rape of girls, women, and boys aspiring to a career in the entertainment industry. Those weren’t just rumors about the “casting couch”.

Sex has always been a prime motivator in human history. It had been an open secret in Hollywood, probably since its inception, that women had to pass a casting couch test in order to get the career enhancing roles on the big screen. The book Bombshell strongly hints at this in Marilyn Monroe’s history. All of the interviews of the stars and starlets involved in the #Me Too stories confirm this was going on long after Monroe’s death. It is apparent that it also goes on in the world of politics.

While there are surely some Republican politicians who engage in these odious sexual power crimes and games, they must be a lot more discreet about it or the left leaning mainstream media would be exploding with tantalizing and explicit front page stories and news broadcasts. The media giants have covered for Democrat presidents, politicians and money raising Democrat power brokers for a century.

For decades the press covered up President John F. Kennedy’s, (and his brother Robert’s) promiscuity and infidelity. They did the same for President Lyndon Johnson. Whatever faults Presidents Nixon, Carter, Reagan, George H. W. Bush, and George W. Bush may have had, infidelity and promiscuity do not seem to be among them. Bill Clinton, on the other hand, was the adulterer in chief, before, during and after his time as president.

These activities certainly were not limited to those that occupied the White House. While Washington, D.C., is undoubtedly a swamp, it is also a three ring circus of sexual depravity, with senators, congressional representatives, staffers, (mostly Democrats), and lobbyists as the main performers.

One might think that a powerful group of feminists within the Democrat party would go after these sexual cretins in their own party, but that really doesn’t happen. The radical feminists have a much closer attachment to political power than they do to individual victims of sexual predators. They know what the sexual predators are doing, but they will keep taking their political donations until someone like Rose McGowan starts exposing the truth. At first they will try to silence the whistle blower and if that doesn’t work, they will sacrifice their cash cow, sexual predator and/or politician, on the altar of public opinion. It doesn’t matter if it is Senator Al Franken, Harvey Weinstein or Jeffrey Epstein, once these deviants’ activities become public, the Democrats always react the same. But what about those that haven’t been caught? The Democrats will keep taking their money, giving them “humanitarian awards” and covering for their crude, criminal behavior. That’s why things never change.