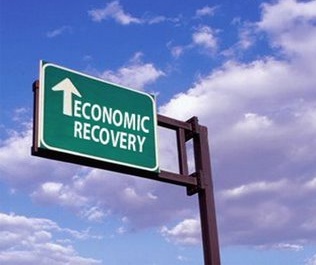 Arizona had some of the strongest economic momentum in the country last year, and has been able to maintain it throughout the pandemic recovery. We have been a leading state in attracting businesses and talent through effective policies and targeted spending.

What’s behind this success? Governor Ducey has fostered a business-friendly environment by lowering taxes every year he’s been in office, cutting red tape and embracing innovation.

Arizona ranks third for jobs recovered from the pandemic, with more than 97 percent of jobs recovered. On top of that, we’ve recovered 101 percent of private sector jobs. Our workforce reached pre-pandemic levels in March and has seen continued growth since then.

Manufacturing
Because of our pro-growth policies and initiatives, high-tech companies are moving to or expanding in Arizona. These are just the most recent companies that have chosen Arizona: 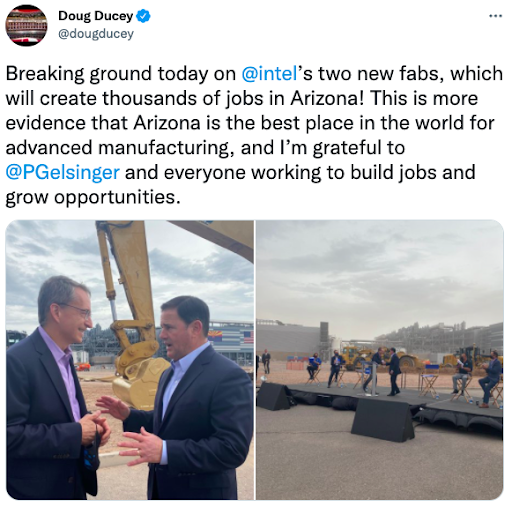 Hospitality & Tourism
In July, Governor Ducey announced an investment of $101 million to launch the Visit Arizona Initiative. This program is designed to increase tourism spending in Arizona, bolster job creation and accelerate our economic recovery.

The initiative provides funding to reinvigorate the tourism industry’s workforce, invest in tourism infrastructure like our parks and outdoor attractions, advertise our state through destination marketing organizations, and more. This will help us market all the great parts of our state, from the Grand Canyon to the Waste Management Open.

Governor Ducey has announced $4 million in funding for the Safest Outside Restaurant Assistance Program, a statewide program aimed at helping Arizona restaurants and other dining establishments expand outdoor seating and limit the spread of COVID-19.

In May, Governor Ducey signed legislation allowing bars, liquor stores and restaurants to sell cocktails to go, expanding opportunities for businesses across the state. House Bill 2773 permanently allows Arizona businesses the opportunity to offer to-go cocktails beyond the pandemic.

With these actions, the Leisure and Hospitality workforce continues on a positive upward trajectory. The industry has recovered almost 90 percent of all jobs lost during the pandemic. 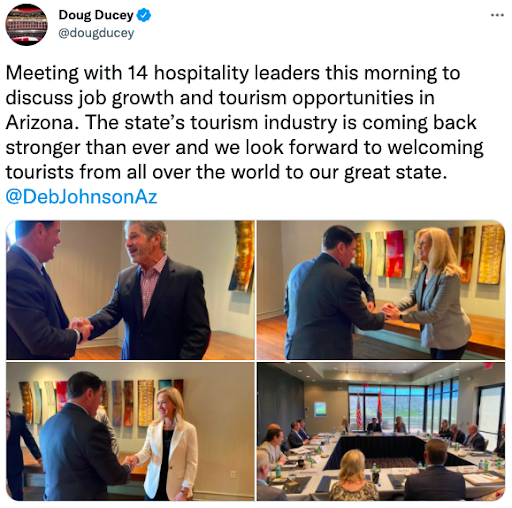 Education
Arizona’s universities, community colleges and K-12 schools are helping to prepare workers for high-tech jobs. Their partnerships with high-tech corporations have been instrumental in this effort.

In May, Governor Ducey signed Senate Bill 1453, which allows community colleges to offer four-year degrees. This legislation expands opportunities for populations that are historically underrepresented in higher education.

Back To Work Programs
In May, Governor Ducey announced Arizona would no longer be taking the Federal Pandemic Unemployment Compensation, and instead would offer a $2,000 Back To Work bonus for eligible workers — with a goal of getting as many Arizonans as possible to rejoin the workforce, along with child care support, educational opportunities and rental assistance. The plan supported Arizonans getting back to work and filled the thousands of jobs available across the state. Since announcing the program in May, we’ve seen a more than 80 percent decrease in the number of people receiving unemployment benefits.

In August, Governor Ducey announced $5 million to launch the Back to Work Small Business Rehiring and Retention Program, with a special focus on helping Arizona businesses affected by wildfires and flooding. The program is designed to assist small, locally-owned or operated businesses hire and retain employees. The program will fund up to $10,000 in expenditures for employee hiring/signing bonuses, relocation bonuses for employees that are moving to take an open position, and employee retention bonuses.

Tax Reform
Arizona’s budget also included the largest income tax cut in state history and cut taxes for all Arizonans. This reform marks the seventh straight year that the Governor has reformed or simplified taxes.

As part of an effort to attract more businesses and workers, Governor Ducey signed Senate Bill 1783, which further reduces and streamlines taxes while protecting small businesses from a devastating 77 percent tax increase.

PrevPreviousTop House Budget Dem: DC Can Spend All It Wants Because It’s ‘Like the Banker in Monopoly’
NextFire Prevention Week October 3rd – 9thNext