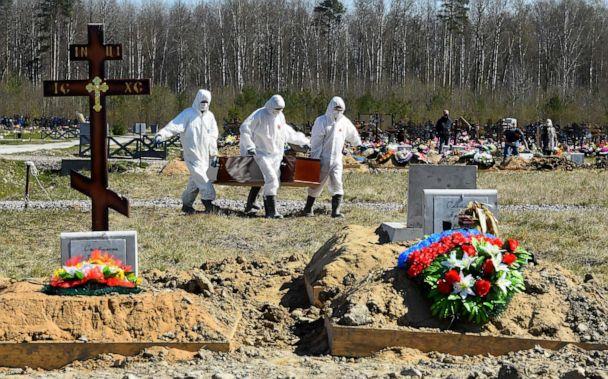 In theory, there’s a right way to handle a pandemic. With enough information, you could establish the best policy that would save the most lives. Instead, our multi-racial country is plagued by double-standards, anarcho-tyranny, and hypocrisy.

Miss Marcotte said the reason the Biden Administration hasn’t imposed a vaccine mandate for air travel is because “they’re worried about some redhat yahoos clogging up the airport with public tantrums about being turned away from the TSA.” There have been some public tantrums at airports, but not from redhat yahoos.

This was without a vaccine requirement for air travel. The recent unpleasantness at a New York City restaurant with a vaccine mandate gives us a preview of what would happen if the Biden Administration followed Miss Marcotte’s advice. Black Lives Matter activists in New York already say “vaccine passports” are “racist.” They certainly have a “disparate impact,” which is enough to make them racist.

Blacks are simply less likely to get vaccinated. The overall racial pattern is the one you see for SAT and IQ scores.

There’s media confusion about why. FiveThirtyEight reports that there aren’t enough “vaccine hubs” in black communities. WebMD, noting a finding that 35 percent of blacks don’t plan to get vaccinated, blames “mistrust” in the medical system going back to the Tuskegee experiment. Even Saturday Night Live made a joke about blacks not wanting the vaccine.

The Washington Post said “Trump and his allies have promoted skepticism of the vaccines by elevating claims that encouragement to get a shot conflicts with individual freedoms.” President Trump did encourage his supporters to get vaccinated (and was booed.) Opposing mandates, masks, or other policies supposedly meant to protect us from COVID-19 is not the same thing as opposing vaccination. More importantly, most blacks don’t take cues from Donald Trump.

Vaccine hesitancy is just part of the problem for blacks. The CDC reports that obesity increases the risk of serious illness from COVID-19. This is true even for young adults. Having diabetes type 1 or 2 also correlates with more severe illness.

The CDC reported in July 2021 that blacks have the highest age-adjusted obesity rate (49.6 percent). Hispanics are second, with 44.8 percent. Whites aren’t far behind at 42.2 percent, but at 17.4 percent, few Asians are obese.

Interestingly, for black men, the obesity rate is higher in the highest income group (42.7 percent) than in the lowest (33.8 percent). There is “no difference in obesity prevalence by income” for black women.

The obesity rate among black men and white men is about the same, but there is almost a 20 percent difference between black women and white women. The Department of Health and Human Services Office of Minority Health reports that 56 percent of black women surveyed between 2013–2016 were obese.

Today, there is probably more obesity and diabetes. The American Psychological Association reported that 42 percent of American adults had “undesired weight gain” during the pandemic. Obesity in children jumped sharply.

Death rates for different racial groups due to COVID-19 fit these health patterns. Among those aged 40 to 64 years old: One in 240 American Indians died from COVID-19, one in 390 Hispanics, one in 480 blacks, and a near identical 1 in 1,300 people for whites and Asians.

The Lancet reported that “racial/ethnic minority groups were more likely than White patients to have their initial COVID-19-related healthcare encounter in a hospital setting and to require subsequent hospitalization after adjusting for demographic and clinical characteristics.” This could be because non-whites are less likely to see a doctor when they start getting sick, which might reflect differences in time preferences across groups.

The most recent data from the CDC compares other races to whites. Asians were 30 percent less likely to get COVID-19 (probably due to higher vaccination rates), while American Indians, blacks, and Hispanics were significantly more likely to be hospitalized or die.

Government and media blame the system:

These articles are very different from the tone used to report on white conservatives who die from the disease, because, it is implied, of their own foolishness. 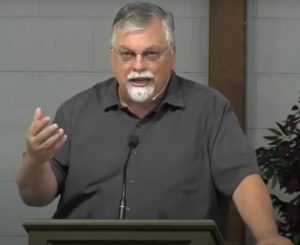 The Washington Post tweet: Bob Enyart is at least the fifth conservative radio talk-show host to have died of covid-19 in recent weeks after speaking out against vaccination and masking.

When ABC reported on blacks and Hispanics who didn’t want to be vaccinated, it proposed they be called “vaccine deliberate” — implying prudence and caution — rather than “vaccine hesitant.”

There have been myriad efforts to explain the racial and ethnic vaccine rate disparity. Misinformation online has been blamed. Throughout the course of the COVID-19 pandemic, many were exposed to misleading health information, including hoaxes about the COVID-19 vaccines, some specifically targeted at Blacks and Latinos. Other experts identify structural barriers to vaccines, including health literacy, vaccine safety concerns, and physical access as contributing factors. Distrust of the medical system and government was also cited as an underlying source of vaccine disparity.

Instead of “vaccine hesitant,” a more accurate term explaining lagging vaccine rates in communities of color is “vaccine deliberate” — waiting and seeing if concerns about the vaccine can be mitigated, according to a report from First Draft — an organization focused on combating online misinformation — though arguably, some may see little difference between the two phrases.

It’s hard to take progressives’ jabber about solidarity and civic duty seriously when they mock conservatives who die, but treat blacks and Hispanics as victims. If the United States really wanted to improve public health, there would be a national effort to fight obesity, ban processed food, and control other factors turning Americans into “waddling colossi.” Finally, if ABC thinks it’s reasonable for blacks to be “vaccine deliberate,” white conservatives should be forgiven for being “deliberate” with institutions that they have good reason to distrust.

When this pandemic is over (if it ever is), more non-whites per capita will have died than whites. The reason isn’t “systemic inequality.” It’s because of the same things that produce consistent outcomes in education, income, and crime also affect health. The refusal to deal with this hurts all Americans, but especially blacks and Hispanics.

Our rulers appear either not to know or not to care. It may be that health rules will be forced on whites while non-whites are quietly left alone. Will the system really impose mandates equally if Black Lives Matter protests?

Then, when (or if) the pandemic is over, it will still be whites’ fault for not doing enough to save non-whites from themselves.