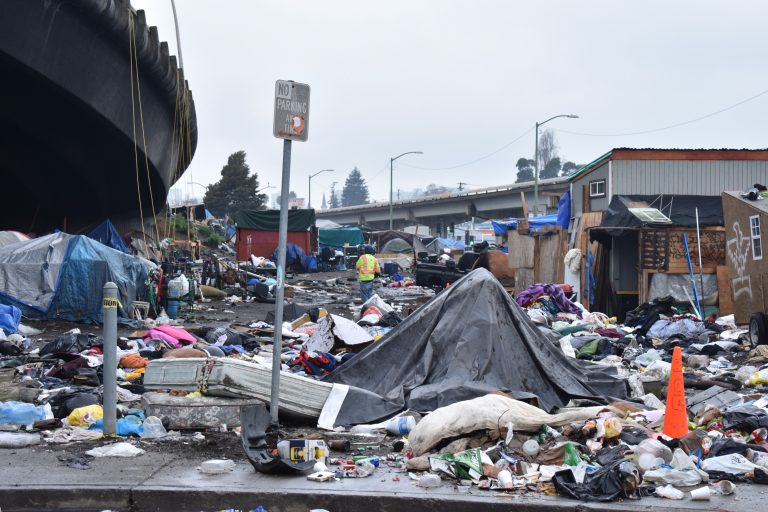 Every year we go to the annual Police Picnic in September in Long Beach. Since there wasn’t one last year, we were happy to go this year. The day after the picnic, we usually go camping with our RV group to the Oceanside area. That was where we were when the results of the Newsom recall election took place. Everyone we were camping with was hoping against hope that the loathsome, incompetent, corrupt, elitist snob of a governor would be voted out of office.

With an almost two to one lead in registered voters of Democrats over Republicans, the election was probably a foregone conclusion, but we were praying that enough Democrats would see that the destruction caused by Newsom and the Democrat legislators was bad enough to get them to recall the governor. One can only come to the conclusion that those Dems must like uncontrolled homelessness, public defecation, urination and open drug use. They must not find the rising crime rate appalling or the release of violent felons frightening. They are apparently unmoved by rising taxes, the exodus of citizens and businesses.

The questions, then, arise: Will things get better in California? Will the Governor and Democrat leaders realize they dodged a bullet, and change their state ruining policies? That hardly seems likely. This is a party who has been following the advice of President Obama’s advisor, Rahm Emanuel, who said, “Never allow a good crisis go to waste. It’s an opportunity to do the things you once thought were impossible.”

One can only imagine that since they defeated the recall by such a large margin, whether by hook or by crook, that the Democrat leaders in California see this as a mandate to do everything they have ever thought was possible in their wildest dreams. Using the Delta COVID variant as their “good crisis”, one can foresee more lockdowns, more mandatory public mask requirements, social distancing, mandatory vaccinations, vaccination passports, and school Zoom classes. All this will lead to more businesses failing, more unhealthy people and obesity because of gym closures, more suicides, drug use and alcohol abuse which will lead to more homelessness.

The high speed train to nowhere will look like a fine example of sane inventiveness compared to what the leftists Democrats will propose with the unlimited funds that they think this “mandate” gives them. In the name of criminal justice reform, they will pull all kinds of crimes out of the Penal Code and move many of what are now felonies into the misdemeanor category. This will enable them to let more and more convicted criminals out of prison. Real crimes will increase astronomically, but with less crimes on the books, these progressives will be able to statistically show that their policies have decreased crime.

All of this will cause the once great state of my birth to become more and more unlivable for what is left of the middle class. A great many once profitable businesses will not be able to make a payroll, let alone a profit. California will become the Venezuela of the West Coast with a small number of rich elites and a very large low income population. A whole lot more people and businesses will move at least one state east of where they are now or keep going to even more rational states like Texas and Florida.

All we in Arizona can do is hope that tidal wave from California doesn’t bring with it the failed policies that demolished the once Golden State.