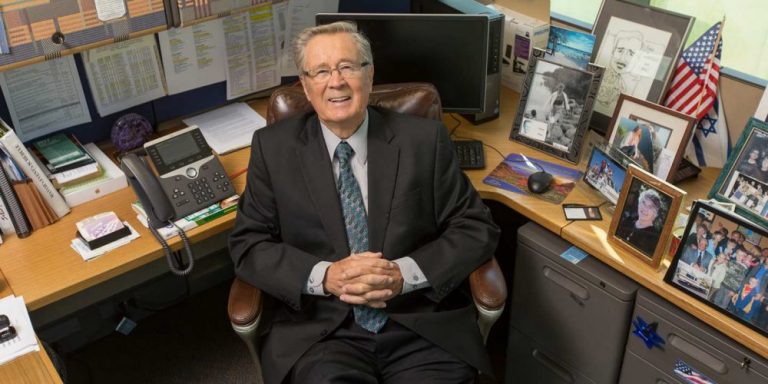 The passing last week of former  Prescott Valley Mayor Harvey Skoog marks the loss not just of a prominent local political figure but one of Yavapai County’s genuine visionaries.  It would be hard to overstate Harvey Skoog’s role in the remarkable development of Prescott Valley from a small, rural community in the shadow of Prescott, to what is now the largest city in Yavapai County. In his 26 years on the Prescott Valley Town Council, 19  of them as Mayor, (1993-1998 and 2004 to 2018), he was a tireless advocate for the policies that propelled Prescott Valley into an economic engine for the entire region. The result is a community with a higher quality of life through enhanced educational and cultural  amenities, beautiful new neighborhoods, expanded health care facilities, and more job  opportunities for residents.

Harvey Skoog died on Wednesday, September 22, 2021, at the age of 81. He was born in Minnesota in 1939. He moved to Prescott Valley in 1982 where he established a CPA practice, and together with his wife Edna, raised a family.

He is survived by Edna, his wife of 61 years, his nine children,  59 grandchildren and 62 great grandchildren.

I first met Harvey at a Highway 69 Republican Club meeting around  2005, shortly after I moved to Prescott. It was a perfect example of his humility and kindness to strangers.  I had arrived late and was looking for a seat. He caught my eye and motioned me to an empty spot next to him.  I had no idea who he was. I introduced myself and we chatted for some time before I asked him what brought him to the meeting.  He said he was the Mayor of Prescott Valley and that “people expect me to show up at these kind of things.”  When I told him I was a lawyer from Washington DC, he just chuckled and said, “Sorry to hear that.”  I was struck by his modesty and down to earth friendliness and that a local mayor would invite a total stranger to join his table. 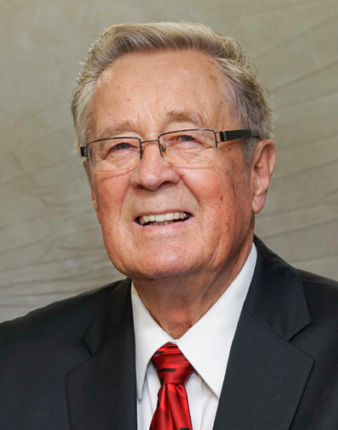 We didn’t see each other often but whenever our paths crossed, he would always say hello.  Some  years later  when I started getting active in political work we became better acquainted.  I remember running  into him after the 2013 school bond elections.  As General Counsel for the Citizens Tax Committee, I made TV commercials opposing the school bonds for PUSD. An unexpected spillover effect led to the defeat of the bonds in Dewey-Humbolt.  Harvey and I saw each other in a room full of people. He walked up close,  looked me straight in the eye and whispered,  “David, keep doing what you’ve been doing. You’re catching on.”

In 2016 when I  decided to run for the State Legislature,  a supporter who knew Harvey well took me to see him.  He couldn’t have been more cordial.  He spent an hour giving me campaign tips and talking points and filling me in on local political history. He invited me back for morning tea.  He made me feel good and I left feeling greatly encouraged.  It wasn’t until later that I realized that he never actually  promised to support me.  That was his talent as a politician.  I like to think he probably voted for me once or twice.  But he never told me that and I never asked.

As Mayor, one of  Harvey’s greatest accomplishments was putting together a top notch team that included City Manager Larry Tarkowski and water guru John Munderlow, among many others.  That’s one of the reasons Prescott Valley has been so successful. Harvey recognized talent and knew how to delegate. He understood his job as mayor. He was a salesman. He was a leader who knew how to inspire others. Above all,  I think he loved his job.

Harvey Skoog was a modest man who ended up a man of consequence.  He will be remembered not just for what he accomplished in public life, but for his fundamental decency and honor as a public servant. His legacy is to have made his community a better place. At Prescott eNews,  our prayers are with his family and the many friends he left behind.

David Stringer is the Publisher of Prescott eNews, and a local attorney.
All Posts »