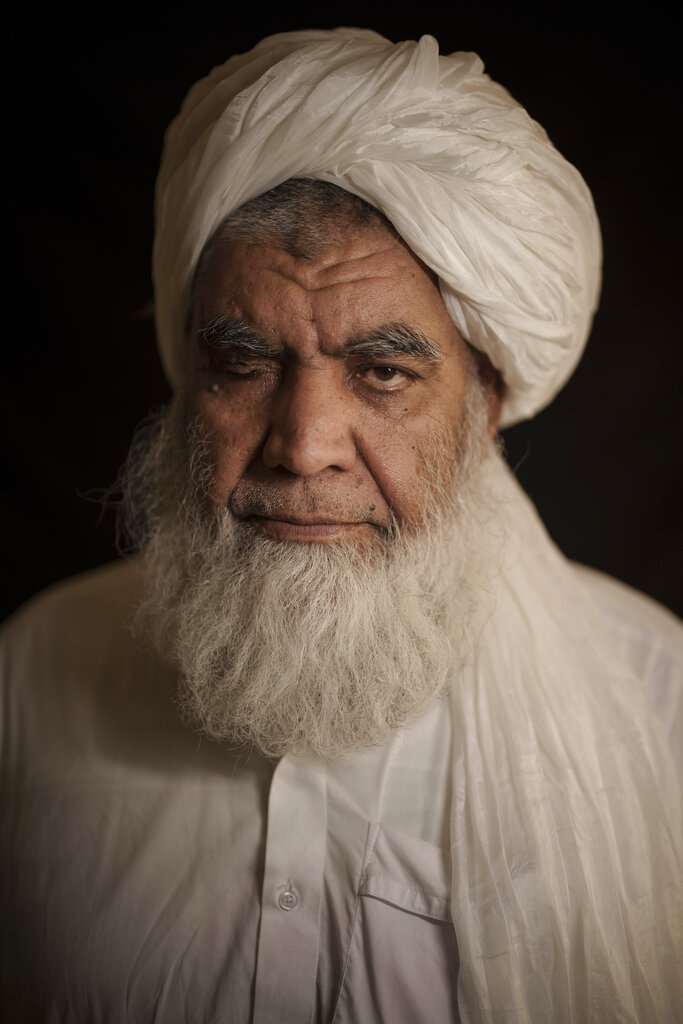 One of the founders of the Taliban and the chief enforcer of its harsh interpretation of Islamic law when they last ruled Afghanistan said the hardline movement will once again carry out executions and amputations of hands, though perhaps not in public.

In an interview with The Associated Press, Mullah Nooruddin Turabi dismissed outrage over the Taliban’s executions in the past, which sometimes took place in front of crowds at a stadium, and he warned the world against interfering with Afghanistan’s new rulers.

“Everyone criticized us for the punishments in the stadium, but we have never said anything about their laws and their punishments,” Turabi told The Associated Press, speaking in Kabul. “No one will tell us what our laws should be. We will follow Islam and we will make our laws on the Quran.”

Since the Taliban overran Kabul on Aug. 15 and seized control of the country, Afghans and the world have been watching to see whether they will re-create their harsh rule of the late 1990s. Turabi’s comments pointed to how the group’s leaders remain entrenched in a deeply conservative, hard-line worldview, even if they are embracing technological changes, like video and mobile phones.

Turabi, now in his early 60s, was justice minister and head of the so-called Ministry of Propagation of Virtue and Prevention of Vice — effectively, the religious police — during the Taliban’s previous rule.

At that time, the world denounced the Taliban’s punishments, which took place in Kabul’s sports stadium or on the grounds of the sprawling Eid Gah mosque, often attended by hundreds of Afghan men.

Executions of convicted murderers were usually by a single shot to the head, carried out by the victim’s family, who had the option of accepting “blood money” and allowing the culprit to live. For convicted thieves, the punishment was amputation of a hand. For those convicted of highway robbery, a hand and a foot were amputated.

Trials and convictions were rarely public and the judiciary was weighted in favor of Islamic clerics, whose knowledge of the law was limited to religious injunctions.

Turabi said that this time, judges — including women — would adjudicate cases, but the foundation of Afghanistan’s laws will be the Quran. He said the same punishments would be revived.

“Cutting off of hands is very necessary for security,” he said, saying it had a deterrent effect. He said the Cabinet was studying whether to do punishments in public and will “develop a policy.”

In recent days in Kabul, Taliban fighters have revived a punishment they commonly used in the past — public shaming of men accused of small-time theft.

On at least two occasions in the last week, Kabul men have been packed into the back of a pickup truck, their hands tied, and were paraded around to humiliate them. In one case, their faces were painted to identify them as thieves. In the other, stale bread was hung from their necks or stuffed in their mouth. It wasn’t immediately clear what their crimes were.

Wearing a white turban and a bushy, unkempt white beard, the stocky Turabi limped slightly on his artificial leg. He lost a leg and one eye during fighting with Soviet troops in the 1980s.

Under the new Taliban government, he is in charge of prisons. He is among a number of Taliban leaders, including members of the all-male interim Cabinet, who are on a United Nations sanctions list.

During the previous Taliban rule, he was one of the group’s most ferocious and uncompromising enforcers. When the Taliban took power in 1996, one of his first acts was to scream at a woman journalist, demanding she leave a room of men, and to then deal a powerful slap in the face of a man who objected.

Turabi was notorious for ripping music tapes from cars, stringing up hundreds of meters of destroyed cassettes in trees and signposts. He demanded men wear turbans in all government offices and his minions routinely beat men whose beards had been trimmed. Sports were banned, and Turabi’s legion of enforcers forced men to the mosque for prayers five times daily.

In this week’s interview with the AP, Turabi spoke to a woman journalist.

“We are changed from the past,” he said.

He said now the Taliban would allow television, mobile phones, photos and video “because this is the necessity of the people, and we are serious about it.” He suggested that the Taliban saw the media as a way to spread their message. “Now we know instead of reaching just hundreds, we can reach millions,” he said. He added that if punishments are made public, then people may be allowed to video or take photos to spread the deterrent effect.

The U.S. and its allies have been trying to use the threat of isolation — and the economic damage that would result from it — to pressure the Taliban to moderate their rule and give other factions, minorities and women a place in power.

But Turabi dismissed criticism over the previous Taliban rule, arguing that it had succeeded in bringing stability. “We had complete safety in every part of the country,” he said of the late 1990s.

Even as Kabul residents express fear over their new Taliban rulers, some acknowledge grudgingly that the capital has already become safer in just the past month. Before the Taliban takeover, bands of thieves roamed the streets, and relentless crime had driven most people off the streets after dark.

“It’s not a good thing to see these people being shamed in public, but it stops the criminals because when people see it, they think ‘I don’t want that to be me,'” said Amaan, a storeowner in the center of Kabul. He asked to be identified by just one name.

Another shopkeeper said it was a violation of human rights but that he was also happy he can open his store after dark.