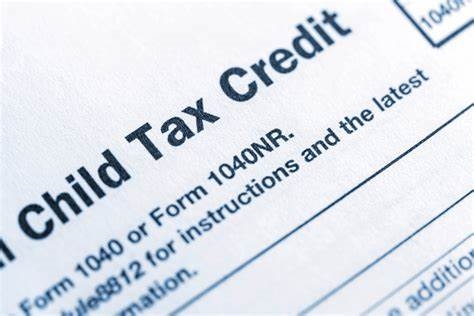 Advocates and government officials are praising the newly expanded Child Tax Credit, which has provided thousands of dollars to Arizona households, calling it “help when we need it the most.”

A report by the Arizona Center for Economic Progress released Wednesday highlighted the tax credit’s benefits for Arizona families based on preliminary information two months into its rollout.

“For so many in Arizona, this means finally having the resources necessary to make end’s meet,” said David Lujan, president and CEO of Children’s Action Alliance. “The expanded CTC addresses a key gap in combating economic hardship and poverty in Arizona.”

As of March, 2.4 million Arizona households – 44% of the state’s total – had at least one member lose a job since the start of the pandemic in March 2020, with households with children at an even higher risk, according to the report.

But the expanded Child Tax Credit provides one solution to this, Lujan said.

The payments are part of the $1.9 trillion American Rescue Plan signed into law in March. The law increased the per-child credit by at least $1,000, depending on the age of the child, and raised the eligibility age to 17. It also expanded the tax credit to low-income families who previously didn’t have enough tax liability to qualify, increasing the benefit for Black and Latino children in Arizona.

The credit only applies for the 2021 tax year. Democratic lawmakers in Washington, D.C., have already proposed extending the higher tax credit to 2025, some in hopes of eventually making it permanent.

But not everyone agrees. Republicans, including Arizona’s four GOP representatives, voted against the bill, with some members of Congress saying it increases dependency on government funds.

Phoenix Mayor Kate Gallego said the program is doing a “world of good” for families at a crucial time.

“Economists tell us the one best tool we have to do something about poverty is investing in kids,” she said. “The child tax care credit does that.”

In August, more than $352 million in expanded Child Tax Credit payments were given to Arizona families, with an average of $444 per household, the Center for Economic Progress report said.

Households in the lowest income percentile, those earning less than $22,000, would receive 34% of total tax benefits from the expansion, with an average increase of $4,280 per household, the report said.

Katie Nash, a Chandler teacher and mother of two, saw these benefits firsthand.

Although her household is considered “middle class,” Nash said they essentially live paycheck to paycheck with little extra for necessities, including preventative visits to the doctor.

During the pandemic, she said her family has paid for various services for her daughters, including specialized pediatric eye care, glasses and mental health counseling.

And these expenses added up – after the eye exams and glasses, Nash said the family paid more than $1,200, which is nearly two weeks pay after taxes and other deductions.

“I had no idea how we would pay for these services, as we are already on a tight budget,” Nash said.

After the first payment in July, the report said, the most frequently cited uses of the credit included food, utilities, clothing, school books and supplies and debt payments.

With the expanded Child Tax Credit, Nash said her family was able to learn coping strategies to deal with everyday life.

“Without the monthly Child Tax Credit, I don’t know what we would have done,” she said.

The report said more than 1.5 million children in Arizona would benefit in some way if changes are made permanent, and the impact would be greatest on families of color.

Among Latino and black children in Arizona, poverty would be reduced by 47% and 51%, respectively, according to the projections by the Center for Budget and Policy Priorities. According to census data, the center says the total poverty rate in Arizona would decrease by 45%.

“It’s important for every family,” Gallego said, “but (the expanded child tax credit) can be life-changing for those who are struggling to get by.”

PrevPreviousOpinion: The Coming Climate Crisis Shakedown in Scotland
NextOpinion: In the Era Of Fake News, FDA Is Contributing to the EpidemicNext