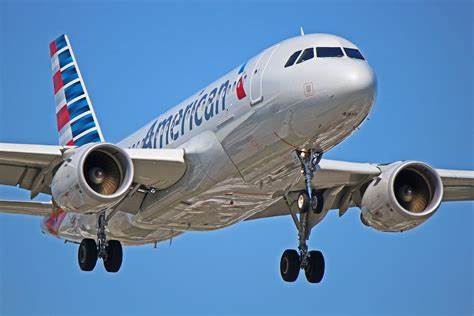 Arizona Attorney General Mark Brnovich announced that his office (AGO) joined a coalition of 6 states, the District of Columbia, and the U.S. Department of Justice (coalition) in filing an antitrust lawsuit against American Airlines (American) and JetBlue Airlines (JetBlue) regarding their Northeast Alliance (NEA) Agreement. The coalition accuses American and JetBlue of anticompetitive coordination that will lead to higher fares and less customer service for consumers.

“Meaningful competition among airlines is essential to ensuring fair ticket prices and promoting consumer welfare in the industry,” said Arizona Attorney General Mark Brnovich. “I am working to restore a level tarmac in which all airlines maintain their incentive to compete freely and fairly and offer the best value for Arizona consumers.”

The NEA, which took effect in January 2021, coordinates routes and marketing efforts, links frequent flyer programs, and shares revenue from routes into and out of Boston Logan, John F. Kennedy, LaGuardia, and Newark Liberty airports. The NEA will also allow JetBlue and American to pool their gates and takeoff and landing authorizations, known as “slots.” The coalition’s lawsuit alleges that the NEA will not only eliminate important competition in these markets, but it will also harm air travelers across the country by significantly diminishing JetBlue’s incentive to compete with American elsewhere, further consolidating an already highly concentrated industry.

Each significant airline merger in recent years has resulted in substantial reductions in service. Most recently, in 2013 American merged with U.S. Airways, which was headquartered in Tempe. As a result of the merger, not only did Arizona lose jobs when American moved its headquarters to Fort Worth, Texas, the merger also resulted in fewer flights out of Phoenix and higher prices.

Throughout the COVID-19 pandemic, airlines made it difficult for consumers to cancel or reschedule flights. However, because state attorneys general cannot take legal action against airlines under consumer protection laws; the burden falls on the U.S. Department of Transportation. In October 2020, Attorney General Brnovich urged Congress to enact new consumer protection measures for airline customers before providing any additional bailout money to the airline industry.

The coalition’s lawsuit is asking the District Court of Massachusetts to stop American and JetBlue from continuing to implement the NEA.

Joining Arizona Attorney General Brnovich and the DOJ in this lawsuit are the attorneys general of California, the District of Columbia, Florida, Massachusetts, Pennsylvania, and Virginia.

PrevPreviousOpinion: What Did Nixon Do 50 Years Ago that Still Haunts Us Today? It’s Not Watergate
NextUniversity of Pennsylvania Receives $1.3 Million Getty Grant to Protect and Preserve Wupatki National MonumentNext