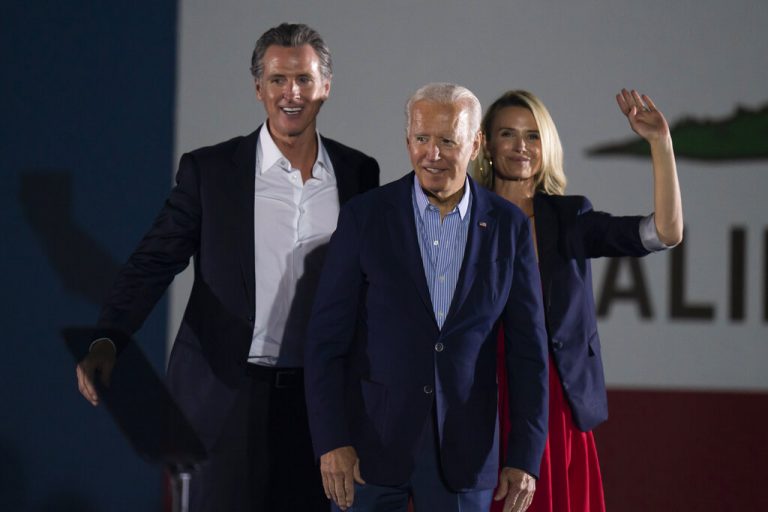 The California recall election was a blowout win for Gov. Gavin Newsom that reinforced the state’s political divisions: The Democratic governor won big support in coastal areas and urban centers, while the rural north and agricultural inland, with far fewer voters, largely wanted him gone.

Though California is a liberal stronghold where Democrats hold every statewide office and have two-thirds majorities in the Legislature, it is also home to deeply conservative areas. Those residents have long felt alienated from Sacramento, where Democrats have been in full control for more than a decade.

A conservative movement in far Northern California has for years sought to break away and create its own state to better reflect the area’s political sensitivities.

While Republicans still are able to win some local elections, the party hasn’t captured a statewide race since 2006. Last year, then-President Donald Trump got 6 million votes in California in 2020 — more than any Republican presidential candidate before him — but still lost in a landslide to Democrat Joe Biden, who won nearly 64% of the votes.

Republicans hold just 11 of the state’s 53 U.S. House seats, but their strongholds don’t have nearly enough votes to overcome Los Angeles, the San Francisco Bay Area and other Democratic areas in statewide elections. And counties such as San Diego and especially Orange, respectively the second- and third-most populated, used to be mainly Republican but no longer are.

With about 85% of the recall ballots counted, those opposed to retiring Newsom early had 64%. In San Diego, “no” on recall was winning by 17 percentage points and in Orange it was up by 4 points.

Fresno, the 10th-most populated county, was the largest where the recall was leading. But it was only ahead by 1 percentage point.

“They are very vocal about that disdain for Sacramento and state government in particular, and the recall just gave them … a national platform to voice their opposition to the direction the state is headed,” he said.

GOP organizers of the recall failed to broaden their appeal and even struggled to turn out Republicans in their core areas. For example, Kern County — most of which is represented in Congress by House Minority Leader Kevin McCarthy — will have less than 50% turnout when all the votes are counted. Statewide turnout is projected at about 55%

Los Angeles County — with 10 million people, the largest county in the nation — is the state’s Democratic nucleus, where statewide elections can be won or lost depending on turnout. With 3 million Democrats, it accounts for nearly one-third of the party’s statewide total.

“We were in the LA media market more than any other. And that was intentional,” Newsom campaign spokesman Nathan Click said. It apparently worked — Newsom got nearly 71% support there.

It’s long been true that Democrats tend to dominate in urban areas across the U.S., with Republicans more prevalent in rural and farming areas. But deep, geographic polarization wasn’t always a marker in California politics.

There’s no single cause to the current divide. But they include the early 1990s recession and the closing of military bases and collapse of the defense industry, which prompted many white, working-class residents to leave the state.

California’s economy became more focused on a rising Silicon Valley and the entertainment industry, both liberal bastions. At the same time, the state grew more diverse as millions of Latino and Asian people moved in. Over time, the coastal areas where most of the population lives grew more diverse and Democratic.

Eric McGhee, a senior fellow at the nonpartisan Public Policy Institute of California, said a decade ago the geographic divide largely was defined by the San Francisco and Los Angeles areas, but San Diego, Orange and San Bernardino counties, with a combined population of 8.5 million people, have all become more diverse and Democratic.

Since his first days in office, Newsom has promised to not ignore the Central Valley and has made it a point to travel there on a regular basis. He backs the controversial high-speed rail project under construction in the region and has vowed to provide more drinking water to areas that lack it.

But his administration has also alienated farmers, the backbone of the region’s economy, with restrictions on water usage amid a drought.

Newsom on Wednesday pledged to respect and work hard on behalf of those who supported him and those who didn’t.

“Those who voted ‘yes,’ they matter. I care. And I want them to know I’m going to do my best to have their backs as well,” he said.

But the reality is that Newsom can’t make everyone happy.

“Newsom is governing a very large and very diverse state, and it’s hard to be attentive to the very liberal coasts and the more moderate or even conservative” areas, said Jessica Trounstine, a political science professor at the University of California, Merced, in the state’s Central Valley.