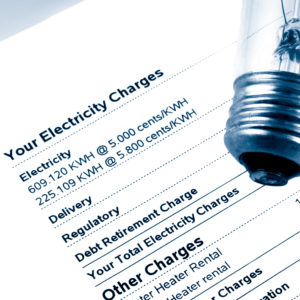 Buried inside the massive $3.5 trillion reconciliation bill is a plan to bury America’s coal industry and, along the way, bury homeowners and businesses under higher electricity bills. And that’s assuming the electricity keeps flowing under a plan that calls for the drastic goal of eliminating nearly all fossil fuel-based electricity, including natural gas and coal, by 2030.

If you don’t know what a “brownout” is, ask a Californian.

The House Energy and Commerce Committee has approved the $150 billion Clean Electricity Performance Program, along with billions of dollars in spending for electric vehicles and other Green New Deal proposals, as part of the budget reconciliation plan.

Its future is uncertain in the U. S. Senate, where members from energy-producing states like West Virginia are expressing concerns. That’s hardly a surprise.

And given the goal is to shut down the entire domestic coal industry, let alone phase out the gas industry, it’s also not a surprise that the United Mine Workers of America opposes it, too.

“West Virginia depends on coal for 95 percent of its electric power,” UMWA President Cecil Roberts wrote in a letter to Sen. Joe Manchin (D-W.Va.). “These carbon reductions would eliminate virtually all of West Virginia’s coal generation… All related coal mining and utility jobs would be lost, with severe adverse impacts on families, communities, and the local and state tax revenues associated with mining, electric generation, and electric power exports.”

But other stakeholders, representing publicly-owned utilities and small, rural coops, are also against this radical plan they fear could either leave their ratepayers holding the bag, huddling in the dark — or both. That’s particularly true in the 44 states that rely on fossil fuels for 25 percent or more of their electricity.  Collectively these fossil fuels provided 60 percent of the nation’s power generation last year.

The American Public Power Association (APPA), which calls itself “the voice of not-for-profit, community-owned electric utilities,” wrote to House leaders warning that the unrealistic goals of the CEPP might sound good at a D.C. cocktail party, but for the 50 million customers they serve, the prospects aren’t as bright.

“All the costs incurred by our members are passed along to their customers,” APPA President Joy Ditto noted. “Preliminary analyses conducted by our members of the CEPP show that compliance with the CEPP, whether through meeting the clean electricity percentage increase of four percent annually (assuming it could even be done) or payment for failing to do so would result in substantially increased costs for customers.”

Many organizations, like the National Rural Electric Cooperative Association (NRECA), are opposing this Green New Deal approach. They support a transition to zero-carbon energy production over time, but they point to examples like California and Texas where the green grid got ahead of the more reliable and less expensive traditional power sources.

For example, for all the talk of wind and solar, wood burning actually accounts for a greater part of the energy matrix than solar. Wind is the majority, at 26 percent, but that’s inside of a pie chart consisting of all renewables, which account for only 12 percent of U.S. energy consumption, according to the US Energy Information Administration (EIA).

Meanwhile, coal has certainly declined from where it once was, currently close to 25 percent and still shrinking as additional retirements force more power plants offline. America is well along the path to cleaner electricity without the costly and risky CEPP. The EIA projects that the electricity supply will be 50 percent clean by 2030 already.

“The clean energy standard wants to pay utilities billions of dollars to transition to clean energy, but they’re already doing that,” Sen. Manchin recently said on Meet The Press. “It makes no sense to me to pay a utility to do what they’re going to do anyway.”

The electricity grid is reducing CO2 levels. Wind turbines are becoming ubiquitous. Right now, Vermont is the only state that has near-zero fossil fuels. Delaware is the most reliant. Some 97 percent of its electricity coming from fossil fuels. In fact, 13 states are dependent on fossil fuels for 75 percent or more of their electricity.

Reducing to zero fossil fuels is not going to happen in 10 years.

Energy expert Ariel Cohen writes Biden’s proposed target of 40 percent solar power by 2035 isn’t realistic. “We lack storage to address the intermittency problem, and our early 20th-century grid is not smart enough to nimbly redirect energy from renewables. This would require a massive investment,” Cohen said. “We’re saddled with an immense and growing debt. Voters must demand better even as we seek solutions to our fiscal and budgetary problems while facing security, infrastructure, social and climate challenges.”

Writing to congressional leaders, Michelle Bloodworth of the coal lobby group America’s Power echoed the concerns over the cost of adding all of that new wind and solar generation to replace existing fossil fuel generation, stating that a number of studies have estimated the country would need to “add roughly 1 million megawatts (MW) of wind and solar power at a cost of more than $1 trillion (excluding transmission costs)” to make it carbon-free.

China remains unburdened by these considerations. Between 2000 and 2020, China’s coal consumption grew by 14,642 terawatt-hours (TWh). That’s more than the rest of the world over that same period combined.

At the same time, China controls most of the solar supply chain. It also has about 44 Xinjiang Goldwind wind turbines installed in the U.S., with most of those being installed last year. While they sell us solar and windmills, they will dig for coal, burn it, power their factories making U.S. clean energy goods, and send their particulate matter pollution across the ocean, into Japan and the U.S. Pacific Coast.

The vast majority of America’s energy industry supports the idea of transitioning toward carbon-neutral energy. They are already doing more to achieve it than any politicians or government mandates.

What they don’t support is a policy that hurts American businesses, raises costs on homeowners and makes the U.S. grid more unreliable — all while making China rich.

You don’t have to work in a coal mine to oppose that.