Opinion: California Voters Get What They Deserve 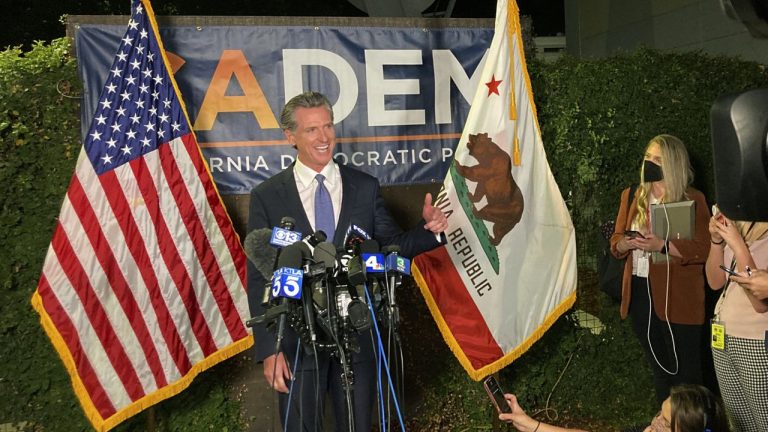 The nation’s largest state has just voted in an election triggered by one of the nation’s weirdest recall processes, and the results have come out just about where they’ve been before.

California Gov. Gavin Newsom was elected governor in 2018 by 62% to 38%, a result that was, unsurprisingly in an era of straight-ticket voting and strong partisan allegiance, almost identical to President Joe Biden’s 64% to 34% margin over Donald Trump in 2020.

As of this writing — and it has taken California weeks to fully count its votes in recent general elections — incomplete returns show 64% of Californians voting against recalling Newsom and only 36% for removing him from office.

That result makes the second question on the ballot about who should replace the governor irrelevant. But it did enable Democrats to spend enormous sums linking Larry Elder, the conservative radio talk host who led in polls on the replacement question, as a clone of Trump.

Some liberals even attacked Elder, who is black, as a “white supremacist.” It’s interesting who plays the race card these days.

Newsom’s success is good news for Democrats. Polls over the summer showed as many as 47% of voters supporting the recall. When voters focused on facts on the ground such as the growing homeless encampments and the rapidly rising numbers of homicides and car jackings, they found reason to repudiate the liberal policies that Newsom has pursued or supported.

Newsom’s maskless appearance at the expensive ($350 a plate) French Laundry restaurant, celebrating the birthday of a Democratic lobbyist, was an unforced error, perhaps characteristic of a politician whose core constituency has been San Francisco billionaires.

But an avalanche of TV ads targeting Trump got voters thinking in partisan terms, with the results as noted. Go over the county maps of the 2018, 2020 and 2021 contests and see how the results are the same within a couple of points just about everywhere.

The exit polls, however, suggest some shifts among demographic groups. The recall was opposed by 81% of black voters, who are only 6% of California’s population, but by significantly fewer Asians (62%) and Latinos (58%).

White voters without college degrees, or those left behind after hundreds of thousands others have left California’s high housing and energy costs behind, were the one ethnically defined group that favored the recall by 57% to 43%.

These results mirror the recent national Quinnipiac poll that shows approval of Biden nationally at 42%. Approval is 69% among black people and 56% among white college graduates, but only 38% among Hispanics and 28% among white people who didn’t attend college.

That polarization seems to be increasing. MSNBS’s Steve Kornacki compared the 2018 and 2021 Newsom exit poll numbers and found that his support has risen 9 points among white college graduates but has declined by 12 points among noncollege white voters and 6 points among Hispanics. That looks much like the changes nationally between the 2016 and 2020 presidential elections.

California, which seemed a harbinger of the political future from the 1950s through the 1980s, is clearly not anymore. It was the second best state, after Hawaii, for Hillary Clinton in 2016, and the fifth best, after Vermont, Massachusetts, Maryland and Hawaii, for Biden in 2020.

Nor does California seem to be the demographic wave of the future. Forty years ago, I was writing about the dynamic economic growth on both sides of the Pacific Rim, in California and Japan. In the 1990s and 2000s, I substituted China for Japan and saluted California’s booming high tech and China’s double-digit economic growth.

Now the flowers on both sides of the Pacific Rim seem to be wilting. Thanks to its recently repealed one-child policy, China’s workforce is now shrinking, while California’s poverty rate of 15% is the highest in the nation when cost of living is taken into account. Illegal immigrants, who headed mostly to California 20 years ago, are mostly heading to Texas now.

After two decades of domestic population outflow, the 2020 census showed California gaining population at less than the national rate since 2010, and in the reapportionment following the census, it lost a congressional seat, and hence an electoral vote, for the first time since it was admitted to the Union in 1850.

Newsom’s victory shows that California voters want more of the same. As H.L. Mencken put it, they “deserve to get it good and hard.”

Michael Barone is a senior political analyst for the Washington Examiner, resident fellow at the American Enterprise Institute and longtime co-author of The Almanac of American Politics.

PrevPreviousLawyer: Arizona Senate’s 2020 election review out next week
Next8 1/2 Steps to DIY LandscapesNext