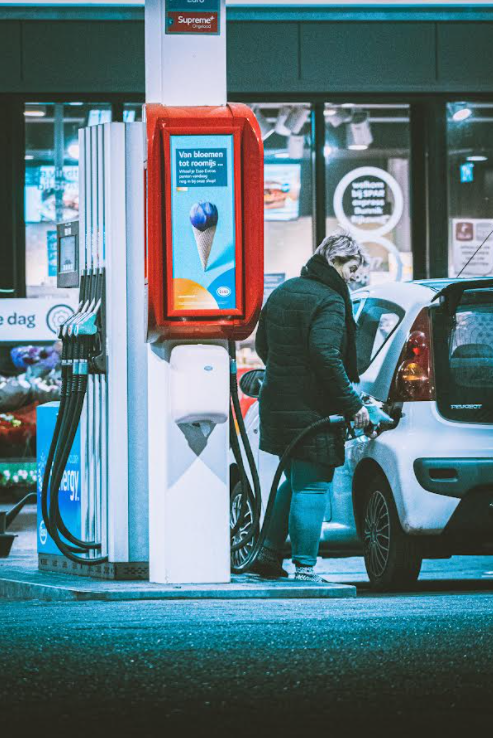 To improve the fuel economy of all cars and light trucks in the United States, the National Highway Traffic Safety Administration (NHTSA) formed the Corporate Average Fuel Economy (CAFE) standards after the oil crisis back in the 1970s. To keep automakers in check, CAFE introduces penalties to achieve their goals.

As the market moves towards electrification in the coming decades, thanks to the automakers who have revolutionized electric vehicles, there’s still a long way to go. To speed up the process, the NHTSA and CAFE are planning on boosting fines once again to increase overall fuel economy figures because of the current climate crisis. Currently, the standards apply to only cars and light trucks, while heavier vehicles have a different set of rules to follow.

Due to the ongoing climate crisis, the Obama administration started establishing more stringent standards back in 2009 starting with the 2011 MY, raising the industry average to 27.3 MPG. Soon after, the administration proposed a new program to cover model years from 2012 to 2016 and increase the average figure to 35.5 MPG by 2016. Because of this increased efficiency, the oil consumption was reduced by 1.8 billion barrels, saving a lot of money for the average consumer. The market responded well to these proposed norms and even exceeded them, resulting in even more savings than expected.

Another agreement was also made concerning model years 2017 through 2025, planning to raise the figure to 54.5 MPG by 2025. But, this was reviewed later in 2016, and the NHTSA released a report on whether or not the goal was achievable. It reported that the 54.5 MPG figure was unrealistic, and automakers had to jump through several hoops to achieve it, resulting in a burden on the whole auto industry.

Because the norms were harder to achieve, the Trump administration proposed a rollback of the goals set back in 2012 to make them more achievable. More specifically, the ruling would freeze the 37 MPG target of 2021, and will also reduce requirements for hybrid and electric cars. The new proposal also withdrew the waiver that allowed certain states like California to set their own standards.

The new ruling dubbed Safer Affordable Fuel-Efficient (SAFE) would also concentrate on safety, and set CAFE standards for 2022 through 2026 model years. The new goals also focused on vehicles becoming more affordable, allowing easier access to the public and thereby increasing overall safety. The SAFE standards went into effect in June 2020, essentially replacing the old standards set by the Obama administration back in 2011.

But, due to the sudden hike in pollution and various other factors, the NHTSA may reinstate a delayed 2016 regulation that aimed to double the penalties for all automakers that fail to meet the CAFE standards. When this regulation was revealed to the public, several automakers protested, and warned of higher industry costs, which will eventually raise car prices.

If it does come into effect, it could cost several manufacturers hundreds of millions of dollars. Because of inflation, the fines will be raised further depending on the excess fuel consumed by cars and trucks. While it can be argued that fining models already produced won’t have any environmental impact or fuel economy benefit, they can still be reinstated.

Manufacturers like Tesla who sell a range of zero-emission models, usually sell credits to other manufacturers, helping them comply with the proposed regulations.

With their analysis, the NHTSA said that reinstating the proposed hike could significantly increase penalties by $178.5 million for the 2019 model year alone.

NHTSA also recently announced that it will soon reveal new fuel economy standards for the coming years. This reconsideration is mainly due to the Biden administration which aims to promote public health and the environment.

The new proposal could save car owners hundreds of billions of dollars in gas money alone, and help reduce the impact of climate change. The US is currently the world’s second-largest polluter after China, and strict actions are being implemented to ward off climate change. According to the NHTSA, the new standards could save around $140 billion in fuel by 2030 and $470 billion by 2050.

The new standards are currently focusing on model years from 2024 through 2026 and will increase efficiency by 8% annually. Compared to 2021, the expected rise in fuel efficiency by 2026 is 12 MPG.

Currently, the whole auto industry is facing a shift in technologies, with most manufacturers concluding their research on internal combustion engines and focusing on all-electric powertrains. The rising fuel costs have also increased demand for cleaner and efficient vehicles like hybrids, and all-electric models. A lot of manufacturers have also set deadlines for ending IC vehicle production, and have agreed with new standards to reduce greenhouse emissions.

But, during this transition period, the upcoming fuel efficiency standards will continue improving IC engines, as the transition to electric takes place.

NHTSA plans to reduce pollution equal to taking 5 million cars off the road today, helping Americans save a lot more money at fuel pumps. The proposal also plans to enhance job creation and provide employment in the United States.

The Biden administration is also focusing on similar goals and recently reviewed the rules for the SAFE standards implemented for model years from 2021 to 2026, in an effort to focus on improving public health and protect the environment by reducing pollution. The proposal could reduce greenhouse gases by 1.8 billion tons over the coming decades and monetary benefits exceeding $132 billion.

The NHTSA is also beginning to work under a new Presidential Executive Order issued recently to develop standards for models after 2026, more particularly from 2027-2030, when most of the industry is planning on going electric. The agency has also stated that they plan on developing standards for medium and heavy vehicles, beginning as early as 2027.

Ustav is a big-time car enthusiast, and spends a lot of time driving, reading and researching about cars.
All Posts »