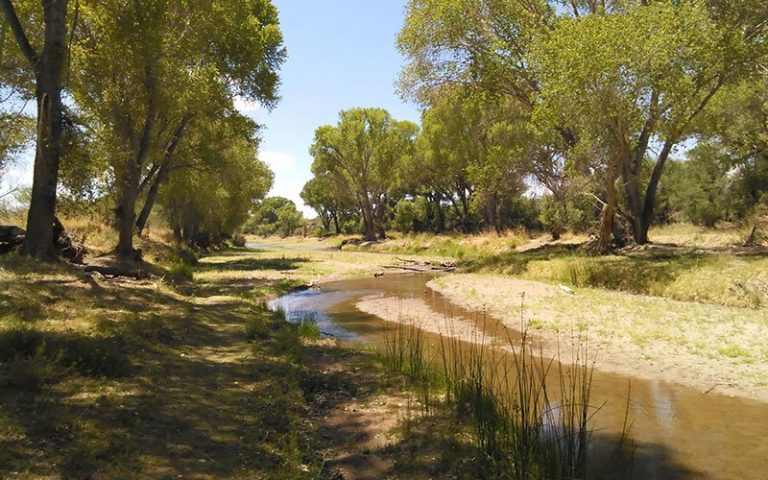 Environmental groups welcomed a federal judge’s decision this week to overturn Trump-era clean-water regulations that were so narrow that many waterways in Arizona ended up being excluded from federal oversight.

The Monday ruling by U.S. District Judge Rosemary Marquez said the 2020 Navigable Waters Protection Rule has “been particularly significant in arid states” like Arizona and New Mexico, and that it must be reversed while federal regulators devise new standards.

“States like Arizona were significantly affected, where so many water bodies were cut out of the Clean Water Act” under the Trump regulations, said Janette Brimmer, a senior attorney for Earthjustice. It represented six Native American tribes, including the Pascua Yaqui and Tohono O’odham in Arizona, that had sued to overturn the rule.

But farming, building and mining interests said they were disappointed in the ruling, which removes regulations that clearly defined which bodies of water are subject to federal oversight and which are not.

“We go back to nobody knows what is regulated, what the regulations are, how they will be implemented,” said Bas Aja, vice president of the Arizona Cattle Feeders’ Association. “That uncertainty certainly is not how you conduct a water protection program.”

Uncertainty is what led the Obama administration to issue a new definition of “waters of the United States” (WOTUS) under the Clean Water Act, which regulators had interpreted for decades to include everything from rivers to wetlands. The new WOTUS rule in 2015 specified that wetlands, downstream waters and “ephemeral waters” – streams that may only flow part of the year and be dry at other times.

“A particular issue we had in Arizona, New Mexico and parts of the Southwest is that we have a lot of ephemeral streams, where we know water will run if there is a big rainstorm, but they don’t run all year round,” said Sarah Porter, director of the Kyl Center for Water Policy at Arizona State University.

“There’s been a lot of discussions, conflicts, confusion over how the Clean Water Act should apply to ephemeral streams,” she said.

The Obama administration rule was aimed at clearing up that confusion with precise definitions, but Brimmer noted that industries had “a lot of problems with those, as they were more protective to the environment.”

The Trump administration subsequently blasted the Obama rule as an “egregious power grab” that put onerous regulatory burdens on farmers and landowners, and President Donald Trump called for a review of the rule shortly after he took office in 2017.

In 2020, the Trump administration issued the Navigable Waters Protection Rule, which limited the Clean Water Act’s scope to seas, rivers used in “interstate or foreign commerce” and adjacent wetlands, among other categories.

Brimmer said that interpretation “was a violation of the Clean Water Act, itself because under the act you’re supposed to protect the chemical, physical and biological integrity of all waters,” which includes wetlands and ephemeral waters.

Marquez agreed that the Environmental Protection Agency and the Army Corps of Engineers under Trump disregarded established science and ignored their own experts when they came up with the new rule, which has “fundamental, substantive flaws.” She said the agencies have since raised concerns that the Trump rules “did not look closely enough at the effect ephemeral waters have on traditional navigable waters.”

Within days of taking office this year, President Joe Biden reversed Trump’s reversal, directing federal agencies to review environmental policies of the previous four years. The Corps and the EPA announced plans to return to the pre-Obama rules while they come up with a new set of rules.

Steve Trussell, the executive director of the Arizona Rock Products Association, said in an email that his organization “is disappointed by the recent district court decision.”

“Sadly, the uncertainty of this decision will only harm the … parties which represent job creators and the backbone of America’s economy,” his statement said. “We would like to avoid having each administration change the regulations which leave green energy, mining, housing and critical infrastructure projects in question.”

But Brimmer downplayed complaints that the ruling will create chaos for landowners.

“These new rules don’t mean that they can’t do a project,” she said. “They just are now going to be regulated instead of being able to just go out and destroy the environment, as they were permitted to do under the Trump rule.”