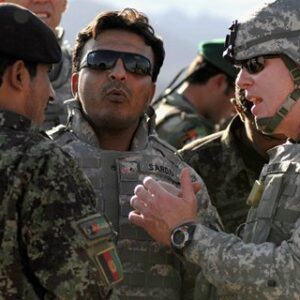 I have a repeating loop of events I experienced replaying in my head from being at the Kabul Airport, on convoys into and out along a narrow dirt road bounded on one side by an 8-foot cinder block wall and the ramshackle housing and shops on the other.  All along the route, it was usually teeming with kids and adults that paid no attention to them.  Some soldiers would throw the kids bottles of water and some would throw bottles of water at the kids, depending on how hostile they felt that day.

I deployed without my CPAP because sleep apnea disqualified one from being deployable.  That part of my medical record didn’t need to be known.  The soldiers I billeted with probably hated me for my snoring.  Between going without a good night’s sleep for a year and the continuous need to maintain your situational awareness, I returned home more exhausted than I have ever been.  Not physically, I was actually in pretty good shape.

It took me a few years to come down from the buzz.  Always looking at trash on the streets wondering if an IED had found its way into the United States or by watching the doors at restaurants to check for an armed assault on a bunch of sitting ducks.

Eventually the anxiety faded.  The self-destructive behaviors faded with it.  Whether it took three years or five or more, I’m not sure.  I do know I’ve not thought of my PTSD diagnosis in a long time.

I think the familiar images of Kabul and around the airport have awoken some dormant reactions.  My fight or flight mechanism is engaged and I really want to fight.

I’m angry at the chain of command that botched what should have been an orderly withdrawal or destruction of sensitive items, evacuation of American personnel, evacuation of well-vetted Afghans whose loyalty and alignment with the 21st century was reasonably assured, followed by a military withdrawal supported by air cover in the most exposed phases.

We didn’t do that.  We abandoned not only our Afghan commandoes we trained on June 16th, but also our honor.  Twenty-two Afghan commandoes fought back into a village taken by the Taliban.  They got surrounded and couldn’t escape the village.  Their calls for American air support were never answered.  They surrendered.  The Taliban lined the 22 up in the streets and with video rolling, dropped each with a bullet to the back of the head.  Why did the ANA collapse so quickly?  The US had sent a strong signal that we had already cut and run.

Our running was so important to the political leadership that rather than destroying weapons and ammunition, we destroyed our reputation as a reliable ally with NATO and anyone else out there that may think we’re on their side.

More men died in Afghanistan than had died on a single day in ten years.  Then the WH Press Secretary told us that we should honor their deaths by rallying around the President and his mission to evacuate others.  Samuel Johnson said in 1775, “Patriotism is the last refuge of a scoundrel.”

Greater than five times more soldiers deployed to DC to protect Congressmen from Americans than Biden sent to protect 15,000 Americans from terrorists.

A couple of days ago, I was asked by a compassionate sort how I was dealing with the collapse of Afghanistan.  I was able to look at it dispassionately with an analytical mindset.  I worried about the veterans and soldiers in theater.

A few hours after the Kabul bombing, I was honored to lead the Pledge of Allegiance at an event.  I wanted us to take a moment of silence before the Pledge and unexpectedly, I started to break down.  Honoring the fallen hit me.  I had been to many ceremonies honoring the fallen while in country and the reality of that experience swept up my thoughts for these men I most likely never met.  They were nevertheless my brothers.

I’ve written this for me to get my own words out of my head and beyond my fingertips.  If you’ve read this far, I think you could use it to reach out a veteran and check in on them.  A few days ago, I was fine with my analytical-self processing the news.  Today its different.

There may be others like me that are fully functioning social members but have re-found that vortex in themselves that sucks one into dark spots.  Be a buddy and reach out to them, even if you’ve never served. 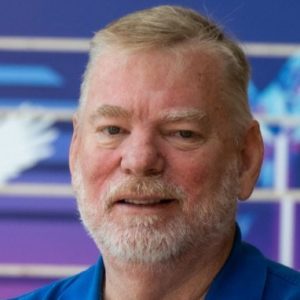 Jess Edwards is a US Army veteran and New Hampshire state representative. He wrote this for InsideSources.com
All Posts »