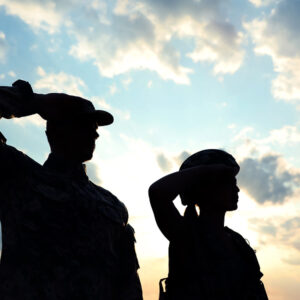 I received an email from an Afghan man who worked with me as a translator during my time as Commander of NATO Training Mission – Afghanistan and Commander of Combined Security Transition Command – Afghanistan. He wrote, “I am under immense threat for my life,” and asked if I could write a letter to help him qualify for a special visa. “I invested more than 20 years of my life working closely with international community, especially United States of America… If I qualified getting to airport will be the next challenge.” His English isn’t perfect, but anyone who has served in Afghanistan knows the value of a good translator isn’t about their ability to serve as an English to Dari or Pashtun dictionary. They allow us to navigate the culture. Without them, it would have been impossible to create the institutional foundations we managed to build in a way the Afghan people could understand and have pride in.

Now, those who were most pivotal in our mission are among the thousands trapped in the wake of our hasty departure.

On Saturday, I watched as Rep. Jody Hice (R-Ga.) and his team worked tirelessly in a makeshift office to seek any avenue of help and hope for those who remain trapped. Some are Afghans who fear retaliation from the Taliban for the help they gave us while others are Americans who can’t get to the airport. The images of a baby being thrown over a razor-wire fence and Afghans clinging to the wheels of an airplane serve as sobering illustrations of the desperation people are feeling as they deal with the fact that the Taliban is back, and the era of hope and opportunity is over.

When we first arrived in Afghanistan, the stories we were told of life under the Taliban were the stuff of nightmares. The Taliban’s Afghanistan was one where a father was murdered in front of his little girl for the crime of secretly teaching her to read. In stark contrast, we helped the Afghans build schools where girls could attend, and they could learn to read in the light of day. We trained Afghan women to be Air Force pilots, to serve in the military, and to be police officers and military officers. Because of our mission, a generation of girls in Afghan cities grew up believing they could not just show their faces if they chose but receive education and seek a profession. It wasn’t a stable Western-style democracy overnight, but it was the roots of a better life that happens over generations.

Sadly, there will be no such future for those who remain in the country under Taliban law.

The men and women of our armed forces and NATO allies invested 20 years building a foundation in hope that a generation of Afghans who had tasted freedom would beget a generation who thirsted for more and that a culturally unique form of hope and opportunity would become their expectation. Instead, the generation that tasted freedom will be an aberration—a story passed on through word of mouth until it disappears into the ether of time.

It is especially hard for me to watch events as they unfold in Afghanistan because I know that everything we were able to accomplish there was accomplished through building trust one person at a time. Every single Afghan who helped us knew they were likely to be punished by death if the old regime ever made a comeback. We told them that would never happen, and we believed it. They believed it. And together we forged a relationship and trust that protected each other. I believed then and still do today that our nation is a leader in the world; is this the example we want to set for the international community?

After serving for 37 years in uniform including over four years deployed in combat zones, I believe in a nation that is a force for good. I believed that what we did mattered and that the sacrifices and lives lost would bring others a better way of life. Now, I fear that will not be the case— that the men and women who gave their lives may have done so in vain. How do we explain that to their families? How do we justify what we have done? How do we wake up each morning knowing that people are suffering today because of their support for us? 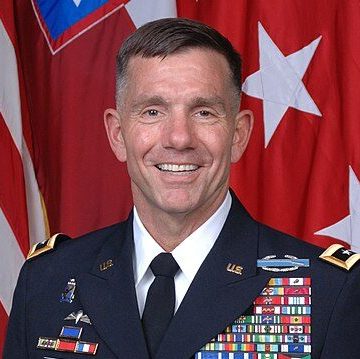