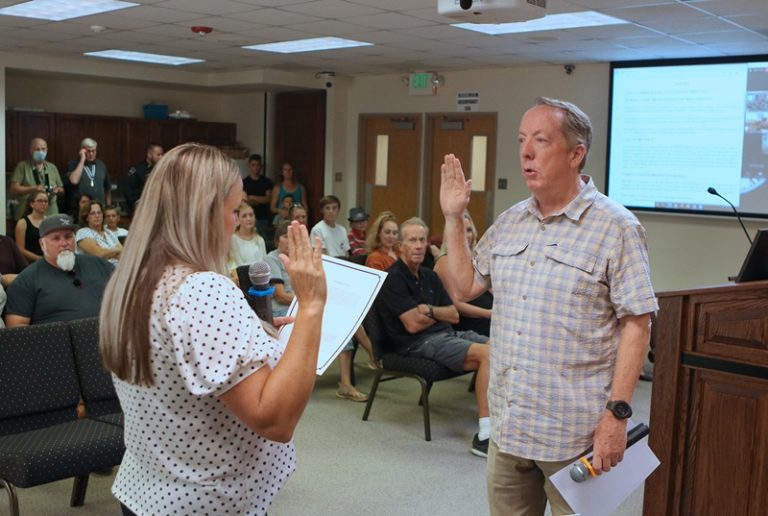 McCafferty was one of 10 candidates who applied for the opening and was among the finalists interviewed by the Appointments Subcommittee. The subcommittee then forwarded its recommendation to Council, who voted on the recommendation during the August 24, 2021, Council meeting.

McCafferty, a Tucson, AZ native, has served on the Town Parks and Recreation Advisory Board, the Municipal Property Corporation and Industrial Development Authority, and has been a commissioner on the Planning and Zoning Commission since February 2018.

His past professional career included eight years with the U.S. Coast Guard and nearly 25 years with the Federal Bureau of Prisons. He holds a Bachelor of Science degree in Justice Studies and Political Science from Arizona State University.

McCafferty and his wife of 25 years, Heather, retired to Chino Valley in 2016.

“I’m really looking forward to serving on the Council,” said McCafferty. “Volunteering and giving back to the community is extremely important to me. As a Council we have some really important issues to tackle, the most important are water, infrastructure, and future development. These are all important and connected. Keeping the lines of communication open and keeping the public informed is key.”

Describing his style of leadership, McCafferty says he is “high energy and highly motivated”.