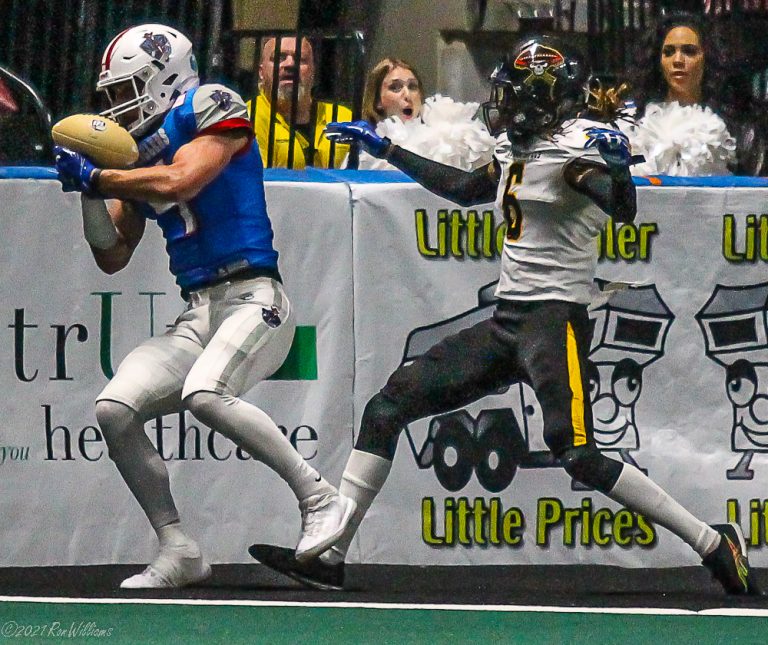 Photo: 4 Todd Athey pulls in the final touchdown of the season for the Wranglers.

The first season of the Northern Arizona Wranglers came to an end Saturday night at the Prescott Valley Events Center, with a 56-38 loss to the Tucson Sugar Skulls. The game between the two teams was the third this season, with each team winning at home.  The Wranglers won 48-44 in June, and the Sugar Skulls won 48-46 in July.

Another good crowd was on hand to enjoy all the action. Despite finishing with a (1-12) record, fans  continued to show up and support the local team.  Skylor Clinton, who played football at both Bradshaw Mountain and Prescott High School’s said, “Things didn’t turn out the way we had all hoped for, but it was great to see so many people come out and have a good time again.”

Like the week before the Wranglers took the lead early when quarterback Verlon Reed Jr. hit Daron Clark on a 5 yard scoring strike. The kick was blocked, but NAZ led 6-0 just two and a half minutes into the contest. The lead was very short lived as Damond Powell bolted  the distance of the field on the kickoff return. A Cory Murphy rush for two, put Tucson up 8-6.

The Wranglers had to settle for three on their next possession, on a 24 yard field goal by Brandon Fischer to take a 9-8 lead.

The reason the Sugar Skulls did not want to settle for the standard single extra point, was that their kicker Jimmy Comacho, had left for the CFL, leaving the kickoff duties to wide receiver Ryan Ballentine.  QB Cory Murphy’s pass to Malik Stanley from 15 yards out, along the two point pass from Murphy to Ballentine put Tucson up 16-9.

Wranglers’ interim head coach Landrick Brody opted to bring in Caden Walters at quarterback, replacing Verlon Reed Jr. Walters had some success, but a tipped ball into the end zone led to an interception by Malik Boynton, ending the scoring threat. The Sugar Skulls added to their lead with a 26 yard touchdown pass from Murphy to Ryan Ballentine. The two point attempt failed, keeping the score at 22-9, with 5:34 to play in the half.

Todd Athey caught the first of his three touchdown passes for the Wranglers, on a 16 yard pass from Reed Jr., and with the kick by Fischer, it was 22-16.

Tucson scored with just :24 seconds left in the first half, on a short pass from Murphy to Malik Stanley, who made some moves, going 30 yards to just get into the end zone. What followed was a big play as DB Mike Minter stepped in front of a Verlon Reed Jr. pass, picking off to end the half.  The teams went to the locker rooms with the Sugar Skulls up 30-16 at the break.

Unfortunately for Northern Arizona, Tucson received the second half kickoff, taking advantage of it to push their lead to 36-16 with a Murphy 29 yard pass to Damond Powell.

Tucson opened the fourth quarter a 1 yard run by Mike Jones to build the lead to 42-23. Athey caught his second touchdown pass with 10:25 remaining to pull the home team to within 42-30.

The Sugar Skulls took advantage of a huge unsportsmanlike penalty to extend a drive, and scored as quarterback Cory Murphy called his own number to run it in from 11 yards out. The lead was back to a three possession score of 48-30 with just 4:18 left in the game.

The Wranglers offense used up a lot of clock again to pull within 48-38 on Athey’s third touchdown reception, but that left little time to do anything else.

Trailing by 10 with :15 remaining, the Wranglers opted to go with the onside kick. That backfired as the Sugar Skulls’ Byron Evans picked the ball up and ran it in for the final touchdown from just 8 yards out.

As they game was coming to an end, offensive lineman Osaro Eromosele of the Sugar Skulls said, “This is a good win to end our season. We had heard earlier that we were not going to make to playoffs, but we weren’t going to let that keeps us from going out with a win. We finished the season strong and that will only help us as we go into next season.”

Tucson was led by a very efficient QB in Cory Murphy, whose numbers were 10 completions in  15 attempts, for 149 yards and 4 touchdowns. Murphy also led the rushing attack with 38 yards on 5 carries and one touchdown. Malik Stanley caught two passes, both for touchdowns.

The Wranglers were led by signal caller Verlon Reed Jr., who was 11-25, also for 4 touchdowns and one interception. Caden Walters, who was briefly in at quarterback led in the rushing department with 22 yards on 3 carries. Todd Athey, finished the season with 17 touchdowns and  almost 700 yards,  had 5 receptions, 4 for touchdowns and a total of 41 yards.  Athey said, “We have a tough squad, I’m not too worried about the numbers, we left it all out there.” Thoughts on the two Wrangler quarterbacks, Athey added, “We are loaded at QB. Our chemistry is unmatched, and I am looking forward to see what happens in the future.”