Opinion: No, the Senate Infrastructure Bill is Not a Waste of Money 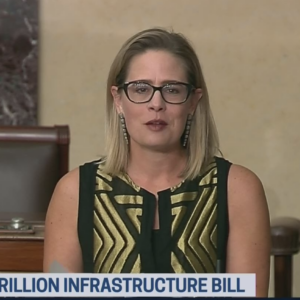 The Senate infrastructure bill is getting beat up in the media. If you read it, it’s not a waste of money, and it will be a victory lap for President Joe Biden once he signs it into law.

And while all of this juvenile melodrama gets aired out on American television and websites run by grown men and women, almost none of it is true. Including the women and minorities part.

The $550 billion infrastructure bill, signed by members of both parties, is actually quite good for us all. The Senate should be congratulated for once.

It is not a gift to one party, one race, one gender, or one sexual orientation. It is investments in water, roads, railroads, and ferryboats. It is an investment into American colleges that will study American-sourced geological resources for the rocks and minerals that are going to power the post-fossil fuel economy. Either China does it all, or we do at least some of it. This infrastructure bill makes that happen.

It calls for government studies by the U.S. Trade Representative and the Commerce Department, a favorite of nearly every congressional bill ever written. One of them, Section 40436 of the bill, calls for a study of the impact of forced labor in the electric vehicle battery supply chain.

Another part of the bill, Section 70925, calls on a review of international trade agreements and their impact on so-called Buy American laws that require government procurement orders to source from domestic companies, rather than those in Hong Kong for instance. It makes it harder for government contractors to tell a Federal Agency they couldn’t source a certain rock or stone or widget from the U.S. because it wasn’t made here or cost too much. This is a plus. The Senate is becoming less globalist. K Street will absolutely hate it.

As the U.S. auto fleet goes the way of Tesla, the batteries that go into powering those cars are using minerals controlled largely by China. The Senate isn’t having it.

Under Section 40207, we have government grants for battery makers ranging from $50 million to $100 million and – as the bill states – “priorities are for American based manufacturers and American owned businesses.” Better yet, if you’re getting government money, your battery materials cannot originate from a “foreign entity of concern” – which is China. If you don’t have this, there is nothing stopping the Ford Lightning from eventually just being made in Mexico with key battery parts imported from Asia.

Then there is the clean school bus provision under Section 71101, in case you wanted to look that up. That’s government funding of new school buses that aren’t powered by gasoline. Think about it, we are going to buy buses anyway. Okay, so China’s BYD makes those, but they make them in California. Proterra makes them in South Carolina. If Biden is serious when he says when he thinks of climate change he thinks of jobs, this bill speaks to that perfectly.

As it is now, the Senate infrastructure bill would be a win for Biden.

Then there is the Nancy Pelosi bill.

They call it the “human infrastructure bill.” This is the one that deserves all the criticism. This magnum opus of some $3.5 trillion is indeed a gift to the 21 genders of the faculty lounge crowd, but House Speaker Pelosi has to show her party’s left flank that she is pushing for them or no deal on the Senate infrastructure bill. There is no way the Senate takes the House version and passes it.

Biden wants an infrastructure deal. The Senate one is fine. It’s not divisive at a time when everything else is. It does not appease the identity politics crowd. It does not really benefit any one group.

We will know more come September. For now, what’s passed the Senate would be time and money well spent. It’s not a sexy topic. It’s not the perfect bill. It never will be. But it will be a win for Biden, and a win for anyone working on critical infrastructure in the U.S.