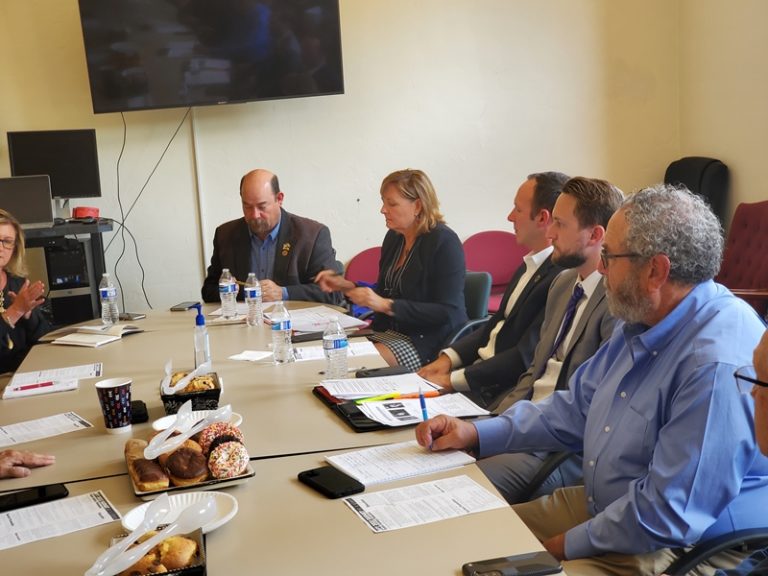 The Arizona Budget Roadshow came to town yesterday, hosted by the Prescott Chamber of Commerce. Top state officials including Representative Regina Cobb (R-Kingman), Chair of the House Appropriations Committee, Senator David Gowan (R-Sierra Vista), Senate Appropriations Chair, and Matt Gress, Director of the Governor’s Office of Strategic Planning & Budgeting– three of the most knowledgeable state level officials on the details of Arizona’s budget– were in Prescott Monday morning to present the first in a series of public briefings on the details of Arizona’s 2022 state budget. Along with media representatives and a handful of local activists, Prescott’s Mayor-Elect, Phil Goode, was also in attendance. 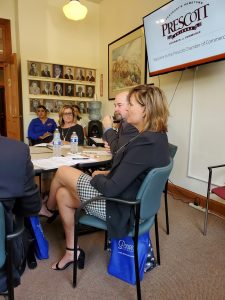 The message was simple and went straight to the bottom line. Arizona’s four billion dollar budget surplus has made possible both historic tax reform and two billion dollars in debt reduction. The magnitude of the tax relief provided to Arizona taxpayers at every economic level is without precedent in our state’s history. When fully implemented, Arizona will have the lowest flat tax in the country, saving the average family $350 a year in taxes. To offset the massive tax increase mandated by Prop 208, and to protect small businesses in particular, Republican legislators capped the state’s top income tax rate at 4.5%. Additional tax relief was provided to Arizona’s large Veteran’s community with an exemption on their service-related retirement pay.

Another two billion dollars of the state surplus was devoted to debt reduction. Arizona’s troubled Public Safety Personnel Retirement System (PSPRS) received a cash infusion of one billion dollars—half to shore up the pensions of Department of Public Safety workers with the other half going to the pensions of Department of Corrections employees. One half billion dollars was allocated to pay off lottery bonds with another half billion used to reduce the outstanding debt on the sale/leaseback of public buildings incurred during previous budget shortfalls. 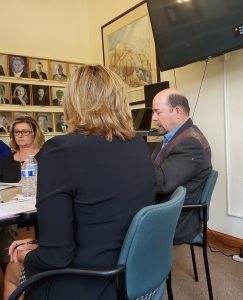 Other highlights of the budget include $75 million for wildfire suppression and mitigation and $24 million for the Arizona Healthy Forest Initiative which seeks to manage state forests to reduce wildfire fuels. For 2023, the state is allocating $200 million to establish a Drought Mitigation Fund. Several major highway improvement projects have been funded including repaving parts of State Route 69 in Prescott Valley.  Other beneficiaries of increased state funding in Yavapai County include $50,000 for Sharlot Hall and the Prescott Historical Society, $3.6 million for Yavapai Community College, and $1 million to facilitate inmate reentry services.

The single largest item in the state budget is K-12 public education. Setting a new record of $6.2 billion dollars, public schools consume over half of the total state spending. With over $4 billion in additional federal money going to Arizona schools due to COVID-19, average per student funding is over $10,000 per year. Together with additional state contributions, total spending on public schools has reached an all time high.

More good news on Arizona’s budget may be in store next year. Current revenue forecasts suggest the state could have another big surplus ranging from one to two billion dollars in fiscal year 2023.  If true, there could be more tax cuts and debt relief on the way.

David Stringer is the Publisher of Prescott eNews, and a local Prescott attorney.
All Posts »