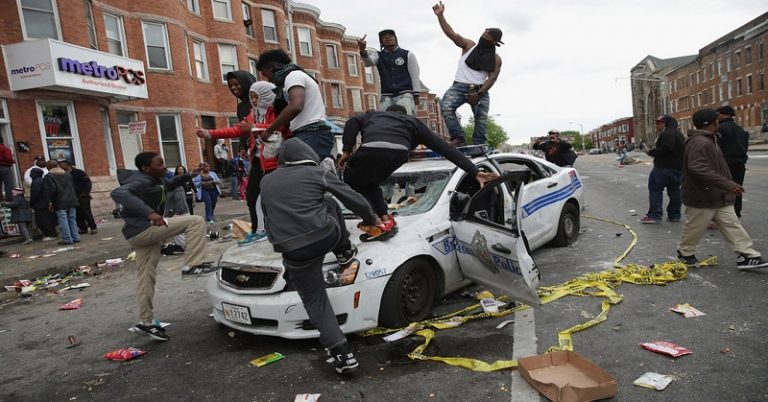 People all over the world enslaved each other until whites stopped them. The British Empire took the leading role, abolishing slavery throughout its vast territories in the Slavery Abolition Act, which became effective on August 1, 1834. This year, Canada joined the ranks of former British possessions that celebrate “Emancipation Day” on August 1.

It is not a day for thanking the Empire. Instead, like Martin Luther King Day, it’s another opportunity to promote anti-white resentment. Canadian Prime Minister Justin Trudeau said:

Despite the abolition of enslavement nearly two centuries ago, the legacy of anti-Black racism is still prevalent today, entrenched in our institutions, policies, and practices. Canada’s history of enslavement, racial segregation, and marginalization of people of African descent is a part of Canadian history that is often forgotten . . . .

Today, Black Canadians continue to face prejudice, discrimination, and longstanding disparities in access to education, housing, and employment that limit their full and equal participation in society.

The Nova Scotia government’s announcement about the holiday quoted activists. One promoted “Africentric education and research.” “[I]n 2021, we still have to remind society that Black Lives Matter,” said another.

Senator Wanda Thomas Bernard, who helped push the holiday, said it’s a first step. The holiday is “a time of reflection” but Canada needs black history year-round, an apology, and reparations.

“Emancipation Day” is also an opportunity for activists to change the way people think about Canada. The CBC reports:

Many Canadians likely learned about the Underground Railroad in grade school: the elaborate network of routes established in the early- to mid-1800s that brought enslaved Africans seeking freedom north to America’s northern free states and to British North America (now Canada). But the same Canadians likely did not learn that owning slaves — both Black and Indigenous — was once legal and common in this land now known as Canada. . . .

Official multiculturalism asks us . . .  not to think too deeply about the fact that Pierre Trudeau’s multiculturalism policy of the ’70s entrenched two white colonial languages — French and English — as official, while implicitly subordinating all ethnicities to a Canadian English core.

Most insidiously, it asks us not to consider the link between the mythologizing of Canada as a multicultural bastion of freedom and the country’s erasure of its violent colonial past.

“The land now known as Canada” suggests that the country isn’t legitimate. Author Sarah Raughley concluded that Emancipation Day “and the creation of other federal holidays that recognize Black suffering” must be “accompanied with a genuine will to pair recognition with action and justice.”

State-media CBC featured “poet Sappfyre Mcleod,” who “spoke about how black liberation is connected to Indigenous sovereignty in Canada.” The article also quoted Judy Williams, who invoked “intergenerational trauma and its effect on each of us” and claimed that “emancipation cannot be realized when we still have racism in Canada.” Her father came to Winnipeg from Trinidad.

State media also changed its programming for Emancipation Day, with the CBC promoting “The Black Stories Collection,” including “The Book of Negroes,” “Enslaved,” and “Africa & Britain: A Forgotten History.”

Another publication began an article by saying the celebration was just “the first page in a new chapter on Canada’s dark history.” Black Advocacy Coalition (BACupNorth) president Ambe Chenemu said blacks and indigenous people are “over-represented in the prison system.” “Are we truly emancipated?” he asked, saying “so much work needs to be done.” Another member of the group said that the new holiday isn’t just a time to celebrate but “to continue to reflect on how we can change the narrative when it comes to racism . . . .”

The Washington Post noticed the new Canadian holiday. Likewise, it wasn’t an occasion for celebration because Emancipation Day “didn’t mean freedom.” Instead, “the British conception of emancipation cemented imperialism and vast exploitation instead of ending it.”

“Emancipation Day” is also bleeding back into Great Britain itself. The catastrophic decision by the postwar British government to import an American-style racial problem gave the country a permanently aggrieved class. Many activists use “Emancipation Day” to call for more black immigration.

ABC covered a rally by a few dozen blacks in Brixton who demanded reparations for all blacks descended from slaves. They also want reparations because of the “Windrush Scandal.” The arrival of blacks on HMS Empire Windrush in 1948, began the racial transformation of England. In 2018, there was an attempt to enforce immigration laws, and some people who were technically legal residents were deported. Already, the Home Office has paid $37 million in compensation.

Last year, there was a rally in London of hundreds of people. Groups included Rhodes Must Fall, Extinction Rebellion, and the Afrikan Emancipation Day reparations march committee. A large group of blacks in all-black paramilitary gear (without weapons) shut down the roads and made cars turn around. Police did not enforce restrictions on crowds to stop the spread of the coronavirus.

Gestures of inclusion prompt more demands. In August 2020, Serjeant-at-Arms of the House of Commons Ubana Oyet wrote about Emancipation Day:

This year I worked with teams from the UK, Africa, Europe and the USA to organise an event on 19 June 2020 to mark Juneteenth day which celebrates the emancipation of those who had been enslaved in the United States. . . .

Across Parliament, senior leaders have responded to the murder of George Floyd by issuing strong statements on tackling racism and ensuring everyone is equally championed. The Prime Minister said ‘In this country and around the world his dying words – I can’t breathe – have awakened an anger and a widespread and incontrovertible, undeniable feeling of injustice . . . .’

“The journey is not over” said one activist in Ottawa. “This is a chance,” said president of the Trinidad and Tobago Association of Ottawa, “. . . to pick up the mantle and start to right the wrongs.” Of course, the journey will never be over. Integration is a “journey” to nowhere.

There was unanimous support for Emancipation Day in the Canadian Parliament. The result? More demands. The only way to end the farce is to separate. If these groups believe white racism is so dangerous, they should want separation. Even stiff reparations payments would be a bargain for whites if that meant never having to deal with these dependents again.