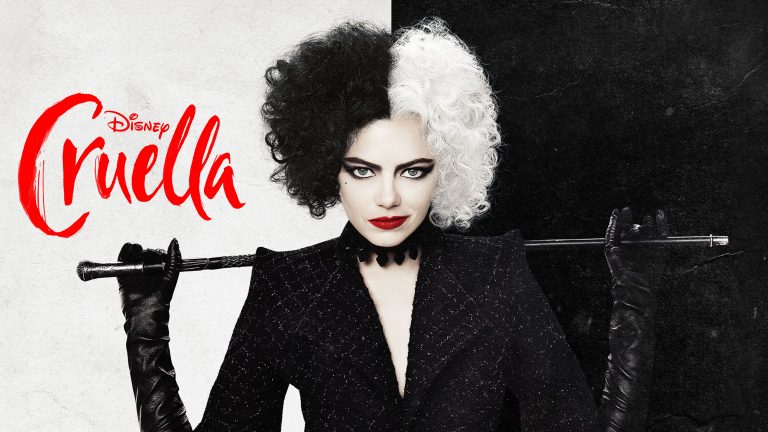 Oh boy, this one is a real doozy.

For my Nomadland and The Father reviews, I wanted to review highly acclaimed films to see how good they really were. In this case, I chose to review Cruella because the mixed reception it received piqued my interest.

Cruella is a reboot-prequel starring the classic villain Cruella de Vil from the 101 Dalmatians franchise, serving as her origin story from birth to young adulthood. It was written by Dana Fox and Tony McNamara and directed by Craig Gillespie. It features Emma Stone as Cruella de Vil and Emma Thompson as Baroness von Hellman, her arch enemy.

Moreover, I’ll be categorizing this review into three parts: The Good, The Bad, and The Ugly (no relation to the film of the same name).

Let’s start with “The Good.”

For one, unlike Nomadland, Cruella actually had a plot – and you know what else? The plot was interesting.

Honestly, the bar is so low these days that even something as simple as a film having a plot that isn’t terrible is a win in my book.

I get the sentiment of critics saying, “Why did Cruella need an origin story?” But why not? A prequel/reboot of 101 Dalmatians wasn’t inherently redundant or unnecessary. Cruella de Vil has been an iconic villain for decades – yet we don’t have much of a story for her besides how she’s a villain and hates Dalmatians, so fleshing out her origins with a prequel/reboot just does her justice.

But here’s the deal, the way they went about it was wrong, and the execution was lackluster at best, abominable at worst.

That said, we’re still on “The Good,” and there is a solid amount of good.

The cast gave great performances, the sets and art design portrayed the lavish, over-the-top lifestyle of the Baroness and her world of high fashion very authentically, and the plot twists were enough to keep me on my toes.

The highlight was probably the endearing dogs, which delighted me as I watched them steal a man’s wallet and attack a security guard’s face, among other escapades. There were plenty of funny moments like that.

Best of all, Emma Thompson played her role perfectly. I really believed that she was this stuck up, entitled, megalomaniacal, narcissistic harpy with psychopathic tendencies and a profound fashion sense. In other words, she might as well have been Cruella, and this might as well have been a spiritual successor to the first movie.

Moving on, this was a mainstream film, so you can expect those mainstream storytelling beats to be present – which they were – quite effectively, I might add.

The pacing was surprisingly decent (until the end), the Acts were designed appropriately, with the beginning/setup not dragging on and the Catalyst getting straight to the action. This film was, if anything, interesting. I didn’t find myself bored, by any means.

Now we’ll move on to “The Ugly” and save “The Bad” for last (because there’s a lot of it).

Regarding “The Ugly,” a lot of it was just, well, ugliness.

For example, many scenes replaced the dogs with CGI, and the digital dogs looked so noticeably fake that I just laughed.

Speaking of fakeness, the nostalgic soundtrack ironically put me off, since it seemed as though they were trying too hard to set the mood. The soundtrack failed in my book because it was just one song after another with no purpose beyond trying to transport the audience back in time, which it didn’t.

And the ugliest of all? The fact that every frame of Cruella – from beginning to end – made it obvious that the entire movie was nothing more than a shameless cash grab.

Cruella might have been a decent movie if it didn’t suffer from a critical wound, which is the fact that it was based on source material instead of being an original story.

If the story were original, and there were no Cruella de Vil or talk of numerical canines, people would have cut it a lot more slack.

But that’s just it – this was a movie about Cruella de Vil, yet the character in this movie was nothing like her, and there was no development bridging the two together.

This Cruella is portrayed as a girl who was “born dark” from the beginning, with her darkness only kept in check by nurture, then, later, by guilt.

However, what comes across on screen is very different. The “darkness” she’s supposed to have barely presents itself as anything more than teenage angst.

The problem is, this Cruella just isn’t enough of a bitch or a sociopath to be a valid representation of the character – and there’s no mention of her hatred for Dalmatians, either, which is just weird, especially given the huge role they played in the film.

She didn’t even kill them to make her coat! She used synthetic fur and just let the media say that it was real Dalmatian fur to seem edgy.

There’s no real moral dilemma or grey area to be found, with Cruella’s “dark side” being limited to how she was sometimes rude to her friends for no reason.

“I’m not like her [the Baroness]… I’m better!” says Cruella, trying to psych herself up to do… what, exactly?

For a film that tries so desperately to insist that its protagonist is this dark, edgy antihero, she doesn’t do anything morally reprehensible enough to justify associating this film with Cruella de Vil, even if it is a reboot.

There’s a trend lately (mostly stemming from Joker) where villains are “humanized” or “redeemed” and rebranded as antiheroes. The premise is fine, but the execution needs to be good – and with Cruella, it just wasn’t. The writers simply played it too safe – they didn’t want her to be too dark and turn off audiences, and they didn’t want her to be a cupcake, so they made her a cupcake with a dark side that manifests itself as mild rudeness.

You’re not even going to believe this.

They had her mom get killed by Dalmatians.

I kid you not; they really did that. And do you know what’s even dumber about it? The death was so painfully cringeworthy that I LAUGHED instead of feeling sad.

Everything about that whole scene was just ridiculous – the CGI Dalmatians looked fake, young Cruella’s reaction to her mom getting knocked off a cliff was a weird smile that turned into basically this face here. No screaming, no sadness, and no mention of her hatred of Dalmatians, even though they just killed her mother. Ridiculous.

And to dig the grave even further, her mom only got knocked off the cliff by the Dalmatians because she stood still like an imbecile as the dogs charged her. All she had to do was hit the deck or step to the side and she would have lived, so where’s the sense of danger? That’s just lazy writing.

No matter how much melodramatic dialogue or how many exciting action scenes they add, it doesn’t fix the problem, since the core of the film is what’s rotten. The Cruella in this story is simply too nice and the plot is too hollow for this film to be anything more than a misguided cash grab with no connection to its source material.

The only thing in common that the protagonist of this film has with Cruella de Vil, infamous villainess and fashion icon, is simply the name.

Speaking of the whole Estella/Cruella thing, the origin story for the name “Cruella” was just painful to witness.

Remember how her name was a pun on “cruel devil” because that described her character?

Now, in this new reboot timeline, her birth name is Estella, and the name “Cruella” basically came from her mother saying, “Your name is Estella, not Cruella!” to reprimand her for calling a piece of fabric ugly.

Laughable, right? That’s like if Forrest Gump’s mom kept saying, “Forrest, don’t be a Grump!” and then he eventually changed his name to “Forrest Grump.”

And what about her last name, de Vil?

In the original book, her actual last name is “de Vil” and she’s the last living member of the de Vil family. Yet in this film, she took “de Vil” as a last name after seeing and being intrigued by a De Ville car (which her friend mispronounced as “devil”).

The writers don’t seem to understand nuance or respect tradition, which then causes a clever villain name like “Cruella de Vil” to turn into something that a teenage punk rock singer circa 2002 would have chosen as a stage name.

I mean, come on – they really couldn’t have done a better job at explaining the origins of her name? The only thing more asinine that I can think of is the origin of Han Solo’s last name.

They were better off just leaving her name as a pun for the audience to snicker at. The name was funny because it was her real name that just sounded like “cruel devil,” but now that we know she just made it up to deliberately sound edgy, it’s not funny anymore.

Moving along, it just gets worse.

For one, the fact that the Baroness didn’t recognize Cruella as Estella just because of a masquerade mask, different hair, and an exaggerated, clearly fake Queen’s English accent is Clark Kent’s glasses levels of goofy.

Honorable mention, Cruella and her friends seem to have an awfully large amount of funds and resources to spend pulling off heists and making fancy dresses despite living in an old warehouse with barely any embellishments.

As for the ending, it was probably the biggest let down overall. Why? Because it just simply wasn’t satisfying.

Cruella and her friends (and the writers) are flip-flopping between whether to kill the Baroness or “be the bigger woman,” but I think the entire audience probably thought, in unison, “Just kill this monster already!”

But no, they decided to “subvert our expectations” and have it be an elaborate ruse, in which Cruella pretends to let the Baroness kill her so that witnesses and police will see it, and then arrest the Baroness while Estella fakes her death and transfers her money to her “friend” Cruella.

That’s cool and clever and all, but… why?

Then, to add insult to injury, the last we see of the Baroness is just her being hauled off to jail with Cruella’s “She then went to jail for murder!” monologue droning on as Emma Thompson displays a look of disappointment rather than desolation, almost as if she’s feeling as unsatisfied as I was.

That was probably the most anti-climactic and bland defeat of a villain that I’ve seen in ages, and the cute little Cruella theme piano riff at the end didn’t make up for it.

So, in conclusion, Cruella was entertaining, but heavily flawed. It has a few good moments, but, ultimately, it’s let down by a combination of poor writing, failing to add depth to camp, and having nothing in common with Cruella de Vil or 101 Dalmatians.

PrevPreviousTop Plants from A to O with Dazzling Foliage
NextHalf of Arizonans have suffered from ‘pandemic brain’, reveals surveyNext