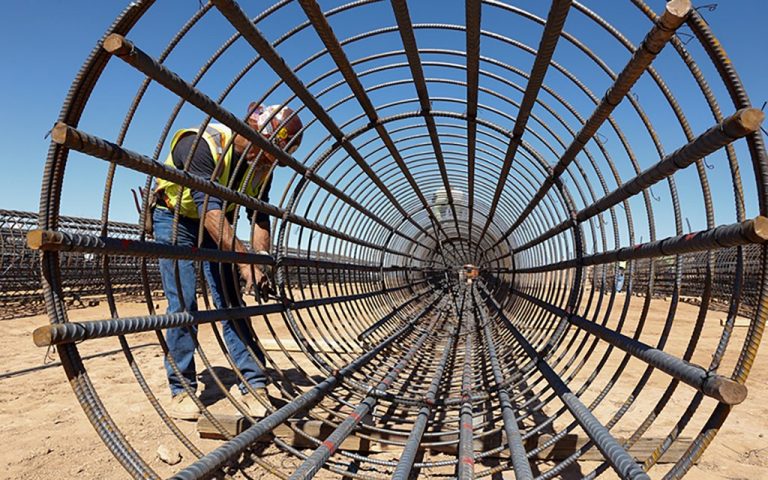 When Congress restored budget earmarks this year after a decade-long ban, more than 300 House members rushed in with $7.1 billion in special requests for congressional funding of local projects.

Arizona lawmakers were part of that rush, but with requests that were relatively modest: None of the state’s four Republican members asked for earmarks and while all five Democrats did, they were all in or near the bottom half of the amounts requested.

Critics have long claimed earmarks are wasteful and open the door to corruption, but backers say they let elected officials push for smaller, needed projects that might otherwise get overlooked by federal bureaucrats.

And that appears to be working for some of the projects, with Arizona lawmakers touting preliminary approval for millions of their $45.2 million in requests before the House began its August recess.

“I support community project funding,” said Rep. Greg Stanton, D-Phoenix, who got most of the $9.7 million in earmarks he requested, including funds for minority entrepreneurship and advanced water metering projects, among others. He said he asked for funding for “very important projects for cities in my district and for the community.”

But to Tom Schatz, president of Citizens Against Government Waste, “community project funding is just the latest attempt to cover up earmarks.”

“They’re still earmarks,” Schatz said. “And they’re still funds for projects that are outside of the normal review and approval process.”

Those concerns led the then-Republican-controlled House to ban earmarks beginning in 2011 – a move that critics said would eliminate one of the few opportunities for members to work together in a fractured Congress.

But that ban held until this year when Democrats restored earmarks, but with strict new safeguards to prevent a repeat of what critics said were requests in past sessions for projects like an “indoor rainforest” and a “teapot museum.”

Under the rules, members are limited to 10 requests and the total from all members cannot account for more than 1% of discretionary spending in the federal budget. Lawmakers have to post their earmark request on their websites with a justification for the project and a statement that they or their associates will not benefit from the project.

Democrats made up the bulk of the requesters, accounting for 224 of the 332 lawmakers who put in earmark requests. All of the Democrats asked for the maximum number of earmarks, with the median request from each Democratic office totaling $11.4 million.

While Republicans were more reluctant to ask, they were not shy when they did so: The median request from the 108 GOP House members totaled $18.2 million, and the total dollar amount they asked for actually exceeded the Democrats’ total, with Republican requests totaling $3.6 billion to Democrats’ $3.5 billion.

Those totals were skewed by the $725 million requested by Rep. Brian Mast, R-Fla., for an Everglades restoration project, the biggest request by far. The smallest single earmark request came from Rep. Carol Miller, R-W.Va., who requested $2,200 for a hydraulic vehicle lift for the Huntington Police Department.

The $45.2 million in requests from Arizona lawmakers ranged from a low of $48,000 for a senior center in Somerton to $4.1 million for a creek preservation project in Saguaro National Park. They also included requests to fund a new animal shelter, water projects, health care expansions, affordable housing, economic development and more.

Rep. Ann Kirkpatrick, D-Tucson, asked for the most among the state’s lawmakers, but her $13.7 million in earmarks still ranked her just 148th of the 332 lawmakers.

“The Republicans who are saying no are at least sticking to their principles of small government and more fiscal responsibility,” Schatz said.

Despite the safeguards put in place this year, Schatz said there is always room for corruption when Congress is directing funding.

To Andrew Lautz, the bigger concern is that spending on earmarks is “wasteful” and adds to the burden on taxpayers.

“Earmarks are death by a thousand cuts to taxpayers,” said Lautz, director of federal policy for the National Taxpayers Union.

“It adds to taxpayers’ tab at a time where we’re at record debt and deficit levels in the country,” he said. “We need to think about reducing spending.”

Matt Dickerson, director of the Grover M. Hermann Center for the federal budget at the Heritage Foundation, agreed with Lautz, saying that, “Lawmakers should reject the lure of earmarks.”

“Congress should be focused on the nation’s priorities,” Dickerson said. “Earmarks directing taxpayer dollars for special interest projects are a gateway to corruption and wasteful spending.”

But Stanton said that what he calls “community project funding” allows for a more efficient use of federal money, by letting members of Congress, who know their communities best, to direct spending where it is most needed. That actually lets Congress appropriate money in a way that is “more in line” with constitutional spending, he said.

“The principle behind it is that members of Congress know our districts better than, say, a large bureaucracy based in Washington, D.C.,” he said.