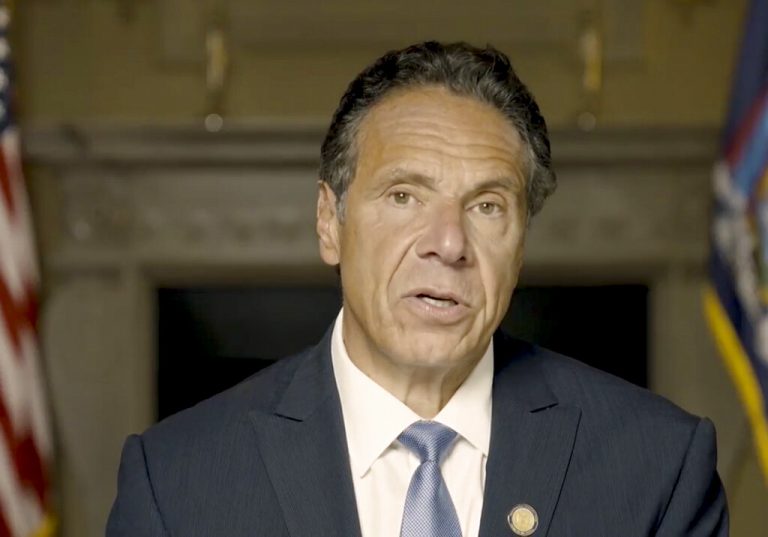 This is what I wrote on Twitter when I heard about the results of the investigation into Gov. Andrew Cuomo’s extra (and intra) curricular activities in office:

“Cuomo sexually harassed female employees. Oily little paisan. But this should not be the stake through his heart. He caused the deaths of elderly New Yorkers. This is his legacy. Not some MeToo aberration. Women are mad. Grandparents are dead. Perspective.”

The first thing that happened after I hit “send” is that some fellow who stalks my feed and sets up fake Twitter accounts in my name accused me of being a racist because I used the term “oily paisan.”  To that, I can only say that this is an affectionate term I often use with my Italian relatives, most of whom take it as a compliment.

But this was tangential to the more substantive pushback I received from the sort of folk who think that going after a Democrat is blood sport, and that if you can take down a liberal it doesn’t matter how you do it, as long as you get the job done.

I understand that particular mindset, given the fact that I would cut off my arm before voting for a Democrat-not-named-Joe-Manchin. But I think it’s self-defeating, because it leads us to inconsistency and hypocrisy.

Many of my fellow conservatives were disgusted when the MeToo terrorists came for Brett Kavanaugh.  They, and I, were justifiably appalled at the mob-like tactics used by women and the men who supported them. I remember watching in horror as some of these “feminists” attempted to invade the Senate chambers during the confirmation hearings, something quite similar in spirit (if not in scope) of the January 6 storming of the Capitol.

The fact that, this time, the fellow who is the target of the mob is someone conservatives would ordinarily hate should make no difference to the principle that not all bad or offensive behavior qualifies as a capital offense. Yes, Cuomo is a slimy creep. Yes, he is one of those fellows who-if he were not the governor of New York-would likely be found in a raincoat somewhere sitting in a dark theater. Yes, he should be censured.

But his conduct, to my mind, is not so offensive that it would justify an impeachment proceeding, just because times have changed and we are putting the stake through men who failed to get the memo.

This isn’t really defending chauvinistic, crass harassment. It’s more of a call to common sense, and to a realization that there are levels of abuse. Conflating harassing, brutish locker room behavior with actual abuse is wrong, and I say this as a woman who deals regularly with victims of domestic violence.

That being said, I know my conservative friends don’t care, and have basically taken the position that however you can take down Cuomo, do it.  The ends justify the means.

And this is where I really object because the ends, in this case, should have been arrived at by other means. Refusing to acknowledge that disrespects the memory of the elderly residents in nursing homes who were killed by Cuomo’s malfeasance.

The women who are coming out complaining about the governor’s abusive manner and touchy-feely M.O. are still able to speak to us. They can give interviews to the media, they can testify before grand juries, they can urge the attorney general to push for sanctions.

The grandmothers and grandfathers who contracted COVID-19 and died during the spring and summer last year no longer have voices. They are silenced, interred with their grievance, forgotten by everyone except those whose hearts were shattered by their passing. They have a few valiant champions, like Fox meteorologist Janice Dean who has been in the forefront criticizing Cuomo (and being called a partisan hack by his supporters.)

But beyond that, nothing.

So the idea that Cuomo might go down because he manhandled female employees might make some folk feel good in that “well they got Al Capone on tax evasion” way. But ultimately, it is a cop out, and it is also a way to mollify those who continue to push the narrative that salacious comments and sleazy looks from wrinkled old men in the workplace are the same thing as being raped, mutilated or killed by your partner.

And as I continue to say, to anyone who will listen. It’s about the grandparents.

Finally, to my conservative friends who think we should jump on the bandwagon any time a liberal male is targeted by a movement that has taken more innocent scalps than protected legitimate victims, I say this: then they came for the liberals, and I wasn’t a liberal, and I didn’t speak up.

You know the rest.

Christine Flowers is a proud, lifelong Catholic and an immigration lawyer in Philadelphia.
All Posts »