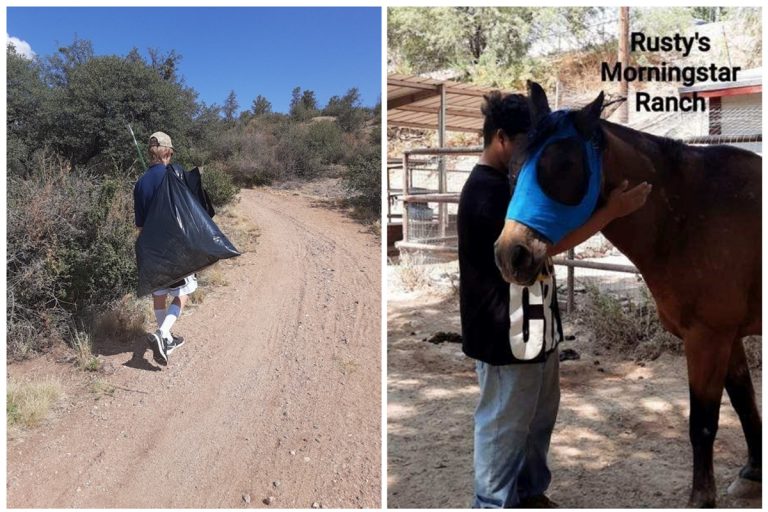 A long-standing summer program formerly known as YouthSTEP, has been renamed and is celebrating the graduation of twelve teens who completed the program this week. A collaboration between Yavapai College and Yavapai County Juvenile Courts, this program is now referred to as the Yavapai County Learn & Earn Academy (YCLEA).

During the seven-week-long summer program, Academy participants learn essential life skills and work with curriculum modeled after Career & Personal Development 104 Course offered at Yavapai College. They also interview with and are placed at various community non-profits and government agencies in order to obtain job skills and earn money of their own. Young adults in the Juvenile Courts who owe restitution are given priority placement in this program which operates two separate groups: one at the Yavapai College campus in Clarkdale, and the other at the Yavapai College Prescott campus. Staff coordinators and mentors work daily with youth in the classroom and transport them to their afternoon worksites. During this summer’s program, $4,032.47 in restitution was paid to victims.

For 2021, we had the pleasure of placing youth with ten different agencies across the County, including: ADOT, Prescott Valley Parks & Recreation, Heritage Park Zoo, Yavapai College Maintenance & Facilities, Blue Moon Horse Rescue, Habitat for Humanity, House of Ruth, Old Town Mission and Rusty’s Morningstar Ranch. Several of these organizations have been long-term participants, interviewing the candidates at the start of the program and then allowing youth to work as “interns” at their place of business for the duration of the program. While the funding comes from state and county funding opportunities, the job site supervisors treat them as employees, offering coaching and guidance.

The youth participants also have the opportunity to tour many higher learning institutions including Yavapai College campuses which serve as their home bases, and in addition this year: Yavapai College’s Sedona and CTEC campuses as well as Motorcycle Mechanics Institute in Phoenix, and Northern Arizona University in Flagstaff. Academy participants also performed a combined total of 48 community service hours by removing litter from Prescott area parks and assisting with maintenance at the Verde Valley Fairgrounds as a part of the program. Furthermore, they were fortunate to learn from guest speakers from Yavapai County Health Department, Yavapai College Police, and Northern Arizona Council of Governments (NACOG) to round out the educational components of YCLEA.

Upon graduation, participants received a portfolio of their work throughout the program which included resumes which they had updated to include their recent summer employment experience, cover letters that they crafted as practice, as well as various worksheets they completed relating to budgeting, values, health and nutrition, personal values, apartment rentals, and credit reports. As a new component for this year’s program, YCLEA youth were coached weekly in public speaking in order to prepare for the speeches they delivered at the graduation ceremonies.