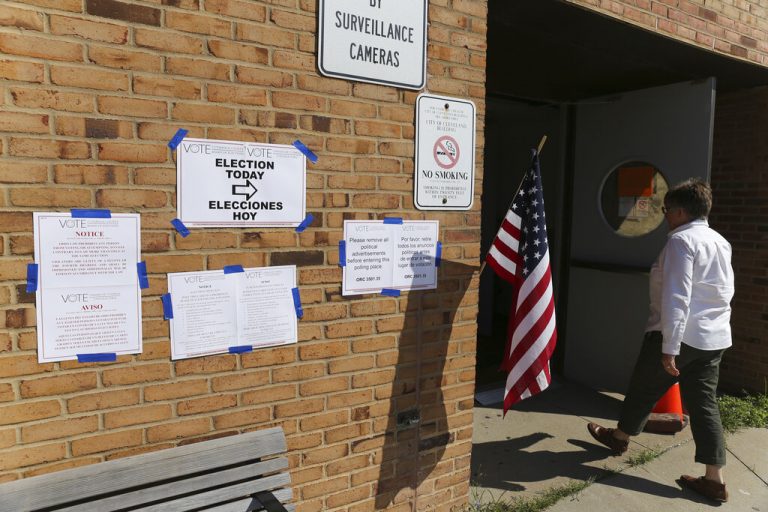 A pair of special congressional primaries Tuesday in Ohio could serve as litmus tests for the moods of the Republican and Democratic parties heading into next year’s midterm elections.

After the stinging defeat of one of his endorsed congressional candidates in Texas last week, former President Donald Trump’s sway as a kingmaker among Republicans is being tested in central Ohio’s 15th Congressional District.

He has endorsed coal lobbyist Mike Carey from among a formidable field of 11 GOP primary contenders for the seat vacated by Republican Steve Stivers in May. Stivers has backed one of three sitting lawmakers in the race — state Rep. Jeff LaRe — for the job.

In the Cleveland area, progressives and Democratic centrists are in fierce competition for the 11th Congressional District seat formerly held by Rep. Marcia Fudge, a Democrat appointed as President Joe Biden’s housing chief in March.

Former state Sen. Nina Turner, a leading national voice for Bernie Sanders’ presidential campaigns, is the best known among 13 Democrats running in the primary and the choice of Sanders, Rep. Alexandria Ocasio-Cortez and others.

The race comes at a pivotal moment for the progressive movement. Centrists have been ascendant in the early months of the Joe Biden era, while the party’s left flank has faced a series of defeats — in New York City’s mayoral race, a Virginia gubernatorial primary and a Louisiana House race.

Meanwhile, a contingent of moderates are worried that a leftward drift could cost the party seats in the midterms next year. Biden hasn’t heeded the left’s calls for more aggressive action on certain issues, including voting rights and immigration.

That’s left progressive leaders searching for new strategies that can bolster its influence.

Turner will add another voice to those efforts, joining Reps. Alexandria Ocasio-Cortez, of New York, and a class of younger, relatively new lawmakers who have made it their mission to push the Democratic leadership to the left.

But Turner’s history of biting criticism of fellow Democrats no doubt irked her party’s establishment — she once likened supporting Biden to being forced to eat excrement — and has given Brown something to campaign against on the campaign trail.

For Republicans, the Columbus-area race emerged as a test of Trump’s influence, particularly after the former president backed the loser in a Texas primary last week. As president, Trump boasted of his sway over politicians’ political fortunes, with a strong record of backing winners. Since he left office, candidates have scrambled to get his endorsement, even lining up at times for reality-show style interviews.

But it’s not clear whether GOP voters are looking for his seal of approval.

All of the candidates in the GOP primary billed themselves as conservatives and many can boast of more legislative-branch experience than Carey, the Trump-backed candidate.

State Sen. Stephanie Kunze has spent almost nine years in the Ohio House and Senate, championing legislation to tackle opiate addiction, infant mortality and sexual violence. She won the endorsement of the GOP in the district’s largest county, Franklin, and of the Value In Electing Women PAC.

Sen. Bob Peterson has been a state lawmaker since 2012. A farmer and former president of the Ohio Farm Bureau, he is backed by the powerful political arm of Ohio Right to Life and former Senate President Larry Obhof.

On the Democratic side, state Rep. Allison Russo, a health policy consultant, faces Greg Betts, a former Army officer and decorated combat veteran, for the nomination.

Back in the 11th District, Laverne Gore, a business owner, consultant, trainer and community activist, faces Felicia Ross, a self-described “Jane of all trades,” in the Republican primary.

Winners of the August primaries will face off in the Nov. 2 general election.

PrevPreviousCDC issues new eviction ban for most of US through Oct. 3
NextChairwoman Lea Márquez Peterson Calls for a Hearing on an APS Power ContractNext