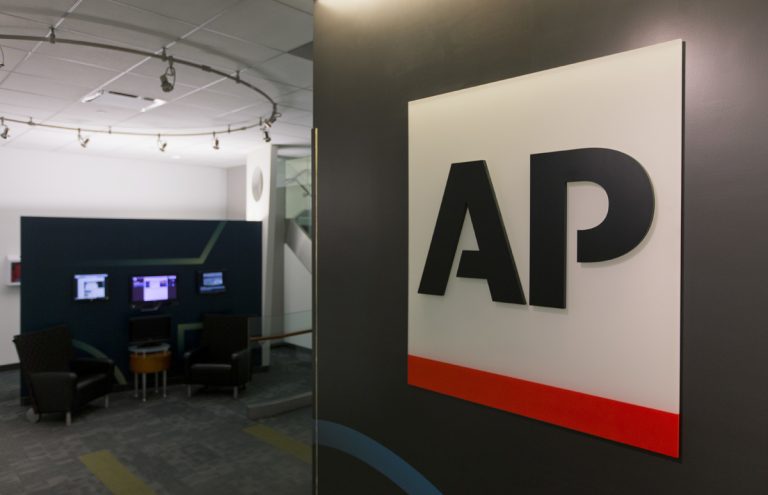 When suspects’ names appear in crime stories, their lives may be broken and never put back together.

For years, people have begged The Associated Press, known as the “AP,” to scrub their indiscretions from its archives. Some of those requests “were heart-rending,” said John Daniszewski, standards vice president at AP who helped to spearhead the worldwide news service’s new policy.

Acknowledging that journalism can inflict wounds unnecessarily, AP will no longer name those arrested for minor crimes when the news service is unlikely to cover the story’s subsequent developments. Often, such stories’ publication hinges on an odd or entertaining quirk, and the names are irrelevant. Yet, the ramifications can loom large and be long-lasting for the persons named.

How much detail American reporters include in a crime story depends on how newsworthy it is, our research found. A minor story might be based solely on a police incident report. A big story, the kind discussed around the water cooler, can include interviews with acquaintances and deep probes into the person’s past. Whether the story is big or small, most accounts include full identification of the accused in the American press.

“I received a very moving letter from a man who, as a college student, had been involved in a financial crime,” Daniszewski recalled in an interview with us, both media ethics scholars. When an old news account of the incident surfaced, the young man lost friends. Even his upcoming marriage was jeopardized until he could persuade his fiancée and her family that he had learned from his experience and was not an incorrigible villain.

For others, stories of their alleged crimes showed up on Google searches 10 or 15 years after the incident, even if they were never convicted or courts had expunged the criminal record. Daniszewski said many people making requests to the AP had been arrested for minor drug offenses, such as small amounts of marijuana, but stories about those offenses were blocking them from getting jobs, renting apartments and even meeting people on dating apps.

The Associated Press, the largest American news agency, was founded in 1846. It is a cooperative enterprise whose members include most mainstream American news outlets and many in other countries.

AP’s new policy signals a shift in U.S. politics and culture. It takes a small step away from the traditional “tell-all” practice of American crime reporting. It embraces a bit of the empathy toward wrongdoers shown by reporters in some European countries.

We interviewed nearly 200 reporters and media experts in 10 countries in Western Europe and North America for our book, “Murder in Our Midst: Comparing Crime Coverage Ethics in an Age of Globalized News.” We uncovered significant differences in journalism practices, despite the similarities in these countries’ democratic institutions and values.

German, Dutch and Swedish press council ethics codes encourage protecting the identity of both suspects and those convicted. These codes are largely voluntary and allow each news outlet to make case-by-case decisions, but their default practice is not to identify.

In those countries, journalists withhold the full names of those arrested or even convicted of crimes except in some cases of public figures or crimes of particular public concern. Instead, news accounts carry just initials or a first name and last initial to shield that person from publicity.

Since 1973, German courts have mandated that news reports refrain from identifying inmates as their prison release draws near to allow for their “resocialization” and “right to personality” or reputation.

When we asked an editor at ANP, the Netherlands’ counterpart to the AP, why her staff routinely withheld names, she paused, then said: “What if he had children? They did nothing wrong,” yet they would be irreparably harmed by being tagged as a criminal’s offspring.

While German, Dutch and Swedish reporters expressed similar concern for families, they also said they wanted to preserve the presumption of innocence for those merely accused and the ability to resume a productive life for those who were convicted.

When the Dutch editor learned how many deeply personal details American reporters routinely publish about those arrested, she gasped at what she saw as cruel and unethical. “Why would you do that to someone?” she asked.

Most American reporters we interviewed regretted the harm such revelations caused but saw the practice as collateral damage. In their eyes, their first obligation is acting as a watchdog on police and government. They believe the public has the right to public information, and police should never be trusted with the power to make undisclosed arrests. That commitment runs much deeper in the U.S. than it does in the Netherlands. For the most part, “we trust our government,” said one official of the Dutch union of journalists.

Watchdog ethics loom large at the AP, Daniszewski told us. However – as the research for our book found – journalism ethics and practices are rooted in culture. And the American “zeitgeist” around the criminal justice is shifting, Daniszewski said.

In 2018, The (Cleveland) Plain Dealer began considering petitions to remove some stories from its archives. The Boston Globe’s Fresh Start initiative made a similar move this year. These are small steps when compared with the European Union’s guarantee that citizens have a “right to be forgotten” by having at least some humiliating stories removed from search engine archives.

Journalists in all 10 countries we researched agreed that the public needs to know when politicians are accused of crimes tied to their official duties.

When a politician or celebrity is alleged to have committed major crime, like a hit-and-run accident, the press should name names, most journalists in our sample agreed. The press must also pin blame, journalists said, when political crimes affect public welfare.

However, Dutch reporters and others often turn a blind eye when celebrities or political officials are accused of domestic violence or sexual harassment, which they consider private indiscretions. American reporters are more likely to consider such accusations news.

Private individuals committing crimes, even major crimes, are rarely identified in mainstream news accounts in the Netherlands, Sweden or Germany, despite those names being on the public record with the potential to be revealed by tabloids and websites. One reason: “We believe everyone deserves a second chance,” said Thomas Bruning, head of the Dutch journalists union.

Is a similar sentiment catching hold in the United States?

The U.S. incarcerates felons in places we call “penitentiaries,” Daniszewski said – that is, places for repentance. The term might imply forgiveness could follow, but in fact felons are stigmatized for life, he said.

The AP will never sugar-coat accounts of serious crime nor whitewash public corruption, he vowed. But speaking of the AP’s new policy, he said, “We thought if we could do less harm and give people second chances, it would be for the good.”