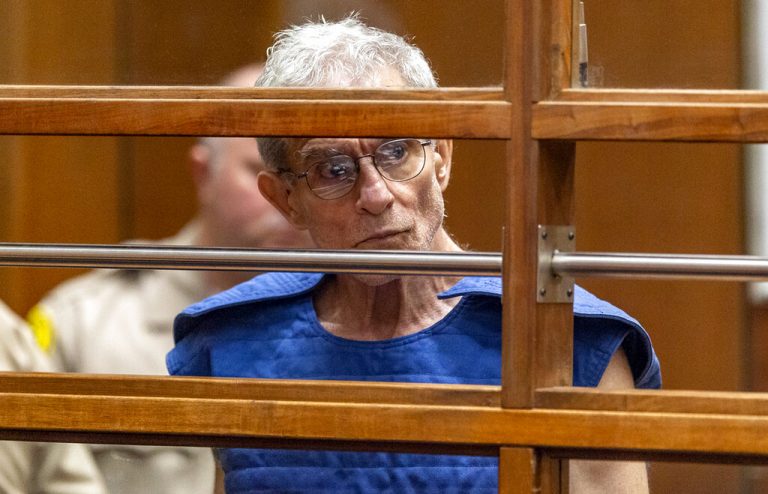 A federal jury on Tuesday convicted a wealthy California political donor on charges he injected gay men with methamphetamine in exchange for sex, leading to two deaths and other overdoses.

Ed Buck, 66, was found guilty of all nine felony counts in federal court, which could lead to a life sentence. The verdict came exactly four years after one of the victims, 26-year-old Gemmel Moore, was found dead of an overdose in Buck’s West Hollywood apartment.

“Today is bittersweet,” LaTisha Nixon, Moore’s mother, said after the verdict. “We got victory today.”

The jury deliberated for more than four hours after a two-week trial. A sentencing date has not yet been scheduled.

Prosecutors said Buck paid men and provided drugs in return for sex acts. Buck had pleaded not guilty. His defense lawyers said neither fatal overdose victim died from meth and that many of the alleged victims were drug addicts.

Buck’s attorneys — one of whom was a prosecutor in the O.J. Simpson case — did not immediately return a request for comment.

Buck’s 2019 arrest marked a turning point for activists who protested outside his apartment and pressured law enforcement to act after Moore died on Buck’s floor in 2017.

Even after Timothy Dean, 55, died 18 months later, it took another nine months and the near-death of another overdose victim before Buck was arrested in September 2019.

“This man did some terrible things to human beings,” Joann Campbell, one of Dean’s sisters, said after the verdict.

Family members and activists had pushed for Buck’s arrest since Moore died. They said Buck escaped criminal charges for years because of wealth, political ties and race.

“Ed Buck will never harm anyone else, and I thank God for that,” said Joyce Jackson, another of Dean’s sisters.

Buck is a wealthy white man who was active in gay causes and animal rights issues. He has given more than $500,000 to mostly Democratic politicians and causes since 2000.

Prosecutors say he exploited vulnerable men — most of them black — by paying them to come to his home to use drugs and engage in sex play to satisfy a fetish. Many were destitute drug users who often worked as prostitutes to support their habit.

The defense contends all the men were at Buck’s apartment under their own will and that Moore and Dean did not die from methamphetamine.

“I know this has been an arduous, lengthy and difficult process,” U.S. District Judge Christine A. Snyder told jurors after she read the verdict, according to the Los Angeles Times.

One of the prosecutors dropped to her knees and wept in the courthouse hallway after the jury was dismissed, the Times reported.

During the trial, Dane Brown testified that he had overdosed in Buck’s apartment twice in one week in September 2019. He told investigators he had been living in a hotel on Skid Row when he met Buck on Adam4Adam, a gay dating and escort site, and moved in with him for part of summer 2019.

Brown said Buck injected him with meth nearly daily for five weeks, according to court documents. After his second overdose, Brown said Buck refused to call an ambulance and Brown was forced to call 911 at a nearby gas station.

“I didn’t think I was going to believed,” Brown said after the verdict. “Walking out of that house, I didn’t know what was going to happen next.”