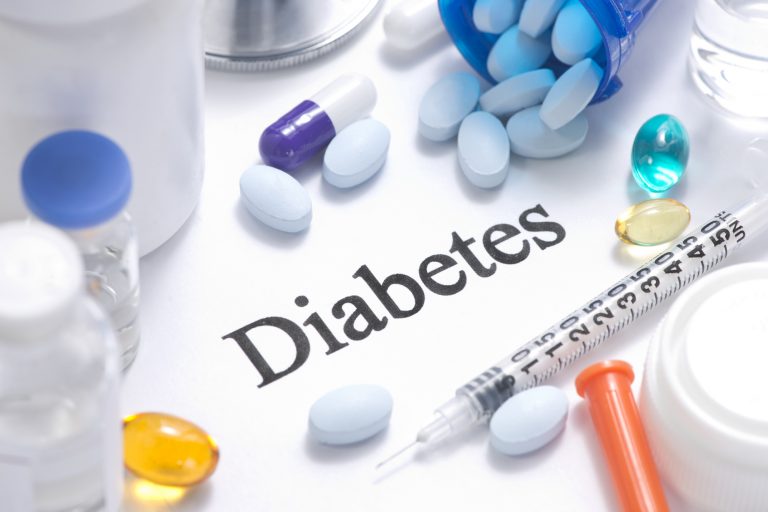 Diabetes was a fatal disease before insulin was discovered on July 27, 1921. A century ago, people diagnosed with this metabolic disorder usually survived only a few years. Physicians had no way to treat their diabetic patients’ dangerously high blood sugar levels, which were due to a lack of the hormone insulin. Today, though, nearly 1.6 million Americans are living normal lives with Type 1 diabetes thanks to the discovery of insulin.

This medical breakthrough is usually attributed to one person, Frederick Banting, who was searching for a cure for diabetes. But getting a reliable diabetes treatment depended on the research of two other scientists, Oskar Minkowski and Søren Sørensen, who had done earlier research on seemingly unrelated topics.

I’m a biomedical engineer, and I teach a course on the history of the treatment of diabetes. With my students, I emphasize the importance of unrelated basic research in the development of medical treatments. The story of insulin illustrates the point that medical innovations build on a foundation of basic science and then require skilled engineers to get a treatment out of the lab and to the people who need it.

Basic research pointed to the pancreas

Diabetes had been known since antiquity. The first symptoms were often a prodigious thirst and urination. Within weeks the patient would be losing weight. Within months, the patient would enter a coma, then die. For centuries, no one had any clue about what caused diabetes.

People had, though, been aware of the pancreas for centuries. The Greek anatomist Herophilos first described it around 300 B.C. Based on its anatomical location, people suspected it was involved in the digestive system. But no one knew whether the pancreas was an essential organ, like the stomach, or extraneous, like the appendix.

In 1889, Oskar Minkowski, a pathologist at the University of Strassburg, in what was then Germany, was one of the most talented surgeons of his time. As part of a study, he performed a surgical feat that was thought to be impossible: keeping an animal alive after totally removing its pancreas.

The dog he operated on survived the surgery, but to Minkowski’s surprise, it began exhibiting all the symptoms of diabetes. Minkowski had discovered that removing the pancreas caused diabetes. Today, this is known as an animal model of the disease. Once an animal model of a disease is established, researchers can experiment with different cures in the animal in hopes they’ll find something that will then work in people.

Can you grind up a pancreas and feed it to a diabetic animal to cure or alleviate the symptoms of diabetes? No, that didn’t work. The problem, understood in today’s terms, is that the pancreas has two functions: producing enzymes for the digestive system and producing insulin. Mixed together, the digestive enzymes destroyed the insulin.

In 1920, Fred Banting, a small-town doctor in London, Ontario, had an idea. He thought that he could surgically tie off the ducts between the pancreas and the digestive system in an animal. Wait for a few weeks, while the part of the pancreas that produces those digestive enzymes decays, then remove the pancreas completely. This decayed pancreas, he thought, would contain the insulin, but not the destructive enzymes.

On July 27, 1921, he concluded this experiment in the laboratory of J.J.R. Macleod at the University of Toronto. Banting, working with a Toronto student named Charles Best, prepared an extract from the atrophied pancreas of a dog. Then he injected the extract into another dog that had induced diabetes, due to the removal of its pancreas. The animal’s diabetes symptoms began to disappear.

Although Banting’s experiment was successful, his method of insulin purification was impractical. J.J.R. Macleod assigned the biochemist James Collip the task of coming up with a practical method of purifying insulin from a pancreas.

Collip developed a method based on alcohol purification. The concept was simple: He’d mash up a fresh pig pancreas, readily available from butcher shops, and mix it into a solution of alcohol and water. Collip slowly increased the percentage of alcohol in the solution. He found that the insulin would stay dissolved in the solution until he reached a critical concentration of alcohol, then it would suddenly fall out of solution, no longer dissolved in the liquid. By collecting that solid precipitate at the bottom of a flask, he had a purified form of insulin.

Collip’s extraction of insulin allowed Banting and others at the University of Toronto Hospital to begin treating patients. The first injections took place in January 1922. Within weeks, the results were miraculous. These injections of insulin helped dozens of patients who were close to dying regain normal activities. Word spread. Demand for insulin increased.

Insight from a brewery

But disaster struck when Collip failed to purify larger batches of insulin. He was puzzled why, following the exact same recipe as he’d used before, his preparations lacked insulin. J.J.R. Macleod now turned to Eli Lilly and Company, a commercial firm in Indiana that made medicinal capsules, for help.

At Eli Lilly, the purification problem fell to George Walden, a 27-year-old chemist. Walden thought of a measure that Danish chemist Søren Sørensen had introduced a dozen years before.

Sørensen was the director in the early 1900s of the Carlsberg Laboratory, set up by the beer company to advance the science of brewing. He introduced the concept of pH as a way to quantify the acidity of a solution. A higher pH during the brewing stage leads to a more bitter-tasting beer.

When Walden measured the pH of the pancreas solution, he discovered that the acidity was far more important to the solubility of insulin than the alcohol concentration. He set up a purification procedure like Collip’s but based on pH rather than alcohol concentration. Collip’s failure to scale up purification of insulin was probably because he neglected to control the pH of the solution carefully.

This insight allowed for mass production of insulin.

By May 1924, diabetes was no longer a fatal disease. Physician Joseph Collins, writing in The New York Times, described it this way: “One by one the implacable enemies of man, the diseases which seek his destruction, are overcome by Science. Diabetes, one of the most dreaded, is the latest to succumb.”

Today, the implacable enemies of man include cancer, Alzheimer’s disease and schizophrenia. The cures for each will likely be built from advances made by basic research.

[Get our best science, health and technology stories. Sign up for The Conversation’s science newsletter]

PrevPreviousOpinion: Should the U.S. Return to the Gold Standard?
NextGovernor Ducey’s Statement On Importance Of COVID-19 VaccinationNext