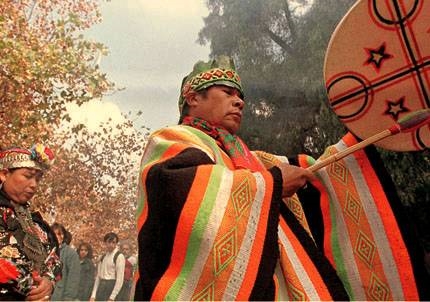 In the USA, the GOP’s share of the white vote is highest in states with the most blacks. Whites in northern states with few blacks, from the Pacific Northwest to New England, vote majority Democrat. But in the Deep South, where blacks have been a large share of the population for centuries, whites vote overwhelmingly Republican. Mississippi’s population is nearly 40 percent black — and 90 percent of them vote Democrat. But the state is solidly red because at least 80 percent of the state’s whites vote Republican in every election. The same is true of Alabama. Political scientists call this “racial polarization.” When two races have lived together for generations, they vote as blocs against each another. Studies consistently show that the presence of non-whites makes whites more conservative, even on issues unrelated to race and immigration.

This is true around the world. In Chile, the right-wing coalition Chile Vamos is in tatters and the left is on the rise up and down the country — except in one place: La Araucanía. This region, in Chile’s mid-South, is the nation’s most racially polarized. Of the 16 “regions” (somewhat like America’s “states”), Araucanía has the largest share of pure Amerindians, estimated to be at least 30, and perhaps as high as 45 percent: 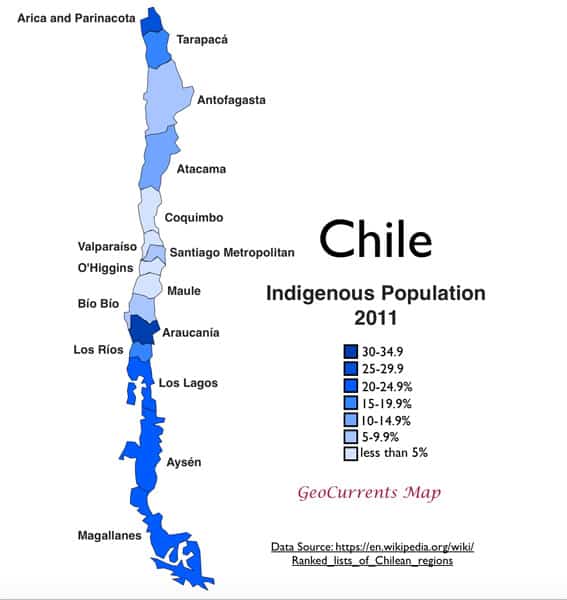 Demographic map of Amerindian populations in Chile, by region (not tribe-specific), though those in the mid-south are Mapuche.

Just as important: The “non-Indians” in Araucanía are very white. In Chile, anyone who isn’t a full-blooded Indian is considered white, regardless of how much Indian blood he has. In the north, “whites” are mostly mestizos. But in the South, German and Czech immigration has kept the non-Indian population fairly white, even by American standards. The racial division between whites and Indians is therefore much more pronounced in the South, as in Araucanía, than in the North.

Moreover, conflicts between northern Indians and settlers were unusual. But the largest southern tribe, the Mapuches, fought Spanish colonists and Chileans alike for centuries, decisively losing only in the late 19th century.

To this day, Mapuche terrorists kill white landowners, sabotage trucks and machinery owned by large foresting and agricultural corporations, and burn down churches.

La Araucanía has always been at the center of racial conflict. More than any other region, it has a “binary” racial problem as in America’s South. Its white population therefore votes the way Alabama’s white population does: As a bloc for the right. In 1988, Chileans voted in a referendum to decide whether General Augusto Pinochet, the military dictator since 1973, should stay in power for another eight years. Pinochet lost the referendum; 44 percent of the country voted to keep him, 56 percent voted to oust him. But Araucanía voted to keep the General 54 to 46 percent. The only other region to vote for Pinochet was Los Lagos, Araucanía’s demographically similar southern neighbor (Los Rios, the region between Araucanía and Los Lagos today, was established only in 2007).

Since then, not much has changed. Araucanía consistently votes for the Right, and at times the moderate Left. Communist and Socialist candidates, popular in many parts of the country, have almost no support in Araucanía. In every presidential election, the left-wing candidate does badly in Araucanía. In over 30 years, there hasn’t been one exception.

Last month, every region voted for governor. The Left won 15 of the 16 races. The only holdout was Araucanía, which elected libertarian Luciano Rivas with 58 percent of the vote. Mr. Rivas campaigned on a platform of law and order, and attacked the federal government for not doing enough about the region’s Mapuche terrorist problem. The leftist press called his platform “the right’s old formula of racism and oppression.” 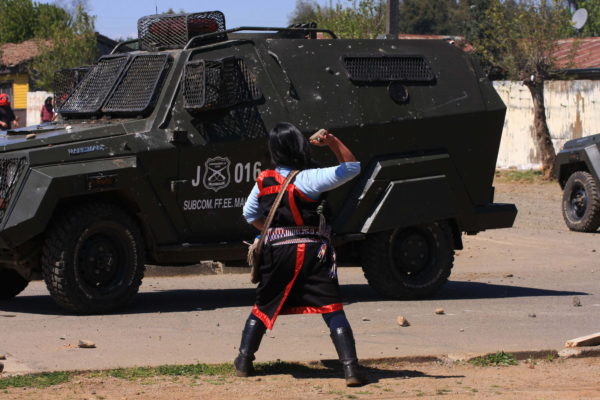 The Chilean senate has 43 members, of which only 19 are part of the right-wing’s broad coalition. Araucanía has five senators, and three of them are on the right. Its two leftist senators are members of the right-most leftist parties in the country. Chile’s congress has 155 members, 71 of whom are right-wingers. Araucanía has 11 congressmen; six are part of the right-wing coalition, two are independents, and three are — again — members of the right-most leftist parties. In Congress, there are 17 Socialists, three Communists, and another 17 left-wing radicals from small parties. None of them comes from Araucanía.

Benjamin Villaroel is a full time white Hispanic and a sometime writer.
All Posts »